Incest and intrigue, and six-page descriptions of every last meal

Ah feck, I swore I wouldn't do it. I swore I wouldn't read A Song of Ice and Fire - not least because of articles like this. But it turns out that watching HBO's Game of Thrones is just a gateway drug to the hard stuff. Especially when your goddamn husband turns up with the paperback and plunks it in your hands.

It's a soap opera really - stuff constantly happens, but nothing fundamentally changes. There's no actual plot-arc visible. But you can't look away.

I am trying to watch the TV version first, and thus take it slowly. It also helps, actually, because it brings the eight hundred bickering characters on each page to more vivid life. So I'm reading the 2nd book now and hoping to placate my TOTAL OBSESSION with DVD extras and stuff until Series 3 airs next year.

I've started taking sneaky looks ahead online too. (This is a baaaaaaaad idea.) The differences between the books and the TV versions fascinate me - the choices made to make some characters older, to bring in the big guns instead of using sidekicks, the decision to write extra scenes fleshing out some characters, which actually makes it clear that some NEVER have the story told from their point of view...

Of course, all this should not blind me to the deeper moral issues involved: 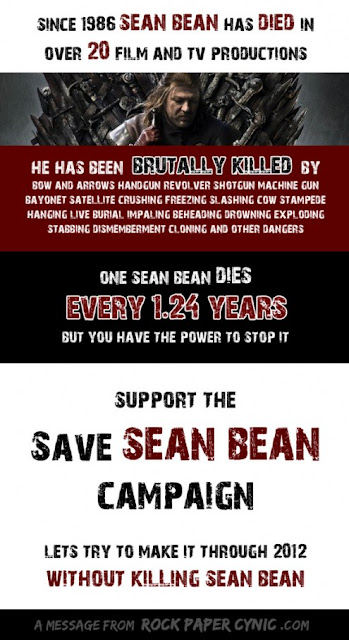 Posted by Janine Ashbless at 16:24

There are stories with FAR more of a rewrite. I'm reading the first few books in a series that spawned a different TV series.

I'm really struggling to see, apart from some of the names, where the similarities are. Yet the author is as supportive as for Game of Thrones. Ah well.

And it's not just the adaptation - there's characters missing, two characters that hate each other in the books are brothers - in the TV show they remain brothers but they do sibling rivalry, nothing more. And so on...

Yeah, I feel I could keep reading this story forever - except for the way he keeps killing all his main characters off.

It's interesting to see the different needs of literature and screen writing, Eloise. A great book does not necessarily make a great movie. Many wonderful, moving TV experiences must look utterly trivial if you just read the novelisation. Things really do have to be changed when they are adapted, I think, though it annoys the hell out of purists.

I like to read SoI&F and watch GoT in parallel, but it's getting more and more apparant in the 2nd novel that they aren't exactly the same story.

But go on - which series are you talking about?

Killing off your main characters is a dangerous game, Jo - I suspect that eventually your reader stops investing because they know they're all disposable. Unless, of course, you are such a brilliant writer that they can't help falling for them...


Eloise could be talking about True Blood. In the books, Sookie is *not* irritating rescue fodder. Erik is still 6'4" of hot blond god though.

I thought the first series of GoT was extraordinarily true to the book, except it made more sense. Although it's been *years* since I read it so maybe I just can't remember all the changes.

The first book is very close, Chris, though Tyrion is slightly differently portrayed - he's a notorious whoremonger and a rubbish fighter in the TV series, but not in the books. The divergences start in the 2nd - mostly they seem to be there to simplify matters and remove repetitous passages of running about and hiding and being captured, but also to bring major players onstage more, instead of leaving it to minions.