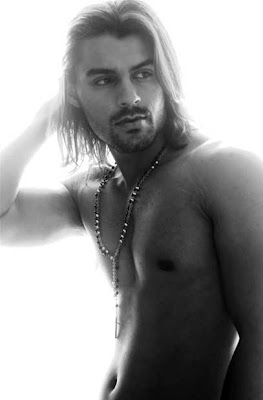 This is Sonny Singh, who was Mr England 2007. More pertinently (we can't be having a totally gratuitous man-candy post, can we?*) this particular picture is nearly a dead ringer for the hero of my Arabian Nights work in progress, so I keep it to inspire me. Well, I was going for the Sinbad type of hero!
Sadly I keep getting static shocks when I lick the screen.
Next time: my muse for my heroine.
*Can we??
Posted by Janine Ashbless at 13:30 5 comments:

This is just painfully funny. Emphasis on the "pain" if you are female.
Posted by Janine Ashbless at 14:45 2 comments: 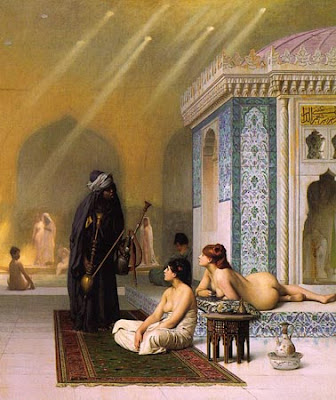 I've gone and backed myself into a bit of a corner with Heart of Flame: I'm going to have to write some cod-Arabic poetry.

Why do I do these things to myself?! Luckily it doesn't have to be good poetry, which is fortunate because I have no talent for it at all. And I'm not even going to attempt the fine detail of the meter (which involves counting consonants - Arabic poetry is highly technical and complex and makes Shakespeare look like McGonagall). A quick scout around on Wikipedia (All hail Wikipedia!) has provided a suitable template. We're talking couplets with the rhyme scheme AA BA CA DA etc. Where "A" has to be the same word, mind.

This'll slow me down.
Posted by Janine Ashbless at 10:29 5 comments:

done a month ago. So now all my books and short stories have separate pages with notes on characters, plot origins, etc - including Wildwood my most recent novel. Just find a cover picture on the main page and click on the Author's Comments button beneath.

There's a fair amount of stuff on the joys of editorial changes too: what has had to be taken out and what been put in after initial submission of the manuscript. Some of it was pretty painful to recall. But, you know, it's not all pink mascara and fluffy kittens

being a writer. And not all submission is

the fun sort.
Posted by Janine Ashbless at 13:55 No comments:

Okay, so I may well be years behind the rest of the world, but this last weekend I discovered Tim Minchin, comedy singer-songwriter. He is the new Tom Lehrer! Smart, irreverent-to-blasphemous (he's got a serious beef with religion) and a fabulous wordsmith.

Oh man do I like Smart. Smart With Ginger Dreadlocks and Eyeliner* is a combination too cute to resist.

And as a follow-up to Madeline Moore's post on Leonard Cohen over at Lust Bites, here's Tim Minchin singing Hallelujah - which once you get past the moronic audience noises is just beautiful.

*Ash in Wildwood had ginger dreads, and I could just roll Ash in chocolate nibbles and eat him whole.
Posted by Janine Ashbless at 13:15 No comments:

Email ThisBlogThis!Share to TwitterShare to FacebookShare to Pinterest
Labels: music, not working

Maybe It's Because I'm Not a Londoner... 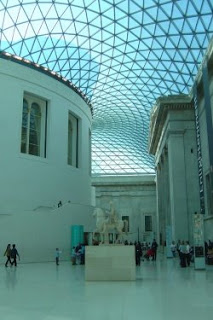 This Saturday just gone I was in London to watch a musical. Now I want to go back for at least a week.
We arrived on an early train, see, and so decided to play a flying visit to the British Museum. I haven't been for years - certainly not since they enclosed the space around the the old Library Reading Room - so I was just awed. Hurrying past all the re-enactors plugging the Hadrian exhibition, we shot through the galleries. I wibbled incoherently, waved my hands a lot, and desperately restrained myself from licking the Assyrian sculpture. Heading at top speed through the Ancient Levant galleries we saw the Standard of Ur and the Ram in the Thicket and then ... there it was ... sitting quietly in an Ancient Iran case: the next Piece for Heart of Flame. I hadn't been looking for it, hadn't known anything about it, but there it was, like a gift. 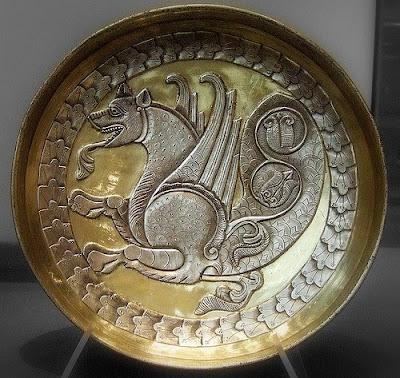 I've just sent my characters off to look for a special Tree, you see, and this tree must have a guardian. The Senmurw pictured above happens to live in a very special "tree without evil and of many seeds", according to pre-Arabic legend.
Bang. Thank-you, gods of writing.
And here's another reason, below, that I'd like to spend some time in London... 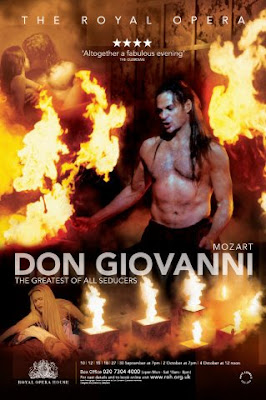 Posted by Janine Ashbless at 10:04 No comments:

Email ThisBlogThis!Share to TwitterShare to FacebookShare to Pinterest
Labels: art, Heart of Flame, not working

The C is silent 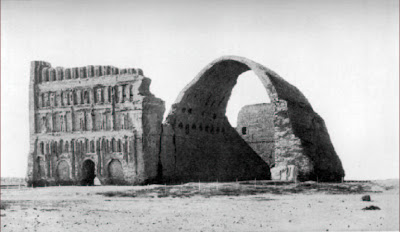 I've been spending a lot of research time looking up interesting Middle Eastern sites to send my characters to. This is where they are right now: it's called Ctesiphon (or Taysafun as rendered through Arabic) and it was the old capital of the Persian Empire before the Arabic invasion. When Baghdad got built most of the stone from the now-deserted Ctesiphon got robbed out, and the remnants have been sadly crumbling to bits ever since. That arch is a stunning 110ft high.

I actually found it on Google Earth . And if you follow the river up and left a bit - yep, there's Baghdad. You know, I always assumed that wouldn't be available to the general viewer.

I love doing research. When you find exactly the right Thing you have been looking for, as if it's been waiting all along just to fit into your book ... That's such a thrill!
Posted by Janine Ashbless at 09:06 2 comments:

Email ThisBlogThis!Share to TwitterShare to FacebookShare to Pinterest
Labels: Heart of Flame, WIP 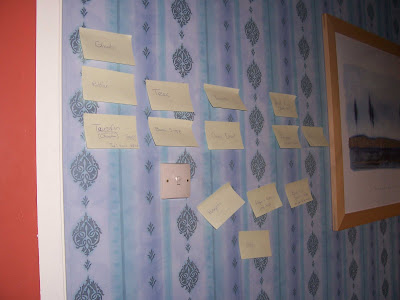 This is me trying to work out where my central characters are going to go, in what order, for Heart of Flame. They have a trail to follow, you see, in order to acquire the maguffin that will let them solve their problem, and each piece has to be logically tailored to lead to the next one.

Note my 1980s-style wallpaper (of which I am particularly fond: imagine it teamed with a black carpet) and the framed IKEA print. I never claimed to have good taste in interior design. Though the picture is likely to go soon because we are totally desperate for more bookcase space.
Posted by Janine Ashbless at 13:42 No comments:

Email ThisBlogThis!Share to TwitterShare to FacebookShare to Pinterest
Labels: Heart of Flame, writing 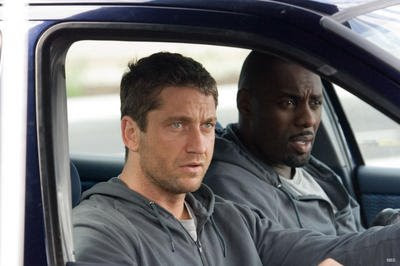 Okay, so as a rule I don't have any interest in gangster movies. More-or-less by definition they revolve around unsympathetic characters, and Brit crime flicks offer a vision of this country that is rather less recognisable to me than, say, Balamory, and considerably less attractive.

But I went to see Rocknrolla because of Mr Butler of course. And it was fun. A rollicking ensemble piece; if it wasn't the wrong genre I'd describe it as a romp. See Gerry dance (More than a nod to Pulp Fiction in that scene)! See Gerry in the briefest sex scene ever committed to celluloid! Gangsters batter each other about like they were cartoon characters and threaten each other with crayfish.

The director Guy Ritchie has been accused (by his brother-in-law) of being the most rabidly homophobic bloke in showbiz, but it doesn't come across in this film. Actually there are quite a lot of lingering shots of fit, undressed male bodies. There is a plot that revolves around (terror of) homosexuality but it ends up really rather warm and touching. And jeez, if you're going to get a pity-fuck off anyone, why not start with Gerard Butler?

The movie is pretty violent of course, although any violence that would mar the comic tone is carefully kept offscreen. Death is reserved mostly for characters you have been led to believe to deserve it. Just don't go thinking about the slaughter and torture that's taking place when the camera turns away.

In fact don't think about it much at all; the plot revolves around a number of devices that are fairly preposterous: a "lucky" painting that exerts a powerful attraction over everyone who sees it: a small-time rockstar who fakes his death just to raise his sales: an accountant who is prepared to rip off her deadly dangerous boss twice simply out of pathological boredom: a Russian gangster/property tycoon (no resemblance to an actual Russian London-football-club-owning tycoon intended, my arse) whose idea of security is to transfer 7 million Euros across London via two unarmed banking clerks: a high-flying lawyer who is prepared to illegally reveal the identity of an important underworld grass simply on the chance of a screw with a two-bit piece of rough. In a world where beautiful women can easily (and literally) be bought, Thandie Newton as the Accountant manages to pull off the trick of being irresistable by simply smoking a lot, blinking rather than talking, and being coldly unavailable.

On the plus side the characters are well-played (and the central Rocknrolla, a junkie rockstar played by Tobie Kebbel, is both charismatic and impressive). It's blackly funny, witty and has a great soundtrack. I enjoyed both Eastern Promises and In Bruges more, but I'd happily watch this again. And the promised sequels.
Posted by Janine Ashbless at 08:08 No comments:

Oh gosh - if you can watch the video above without crying (in a good, happy way) I reckon there's got to be something seriously wrong with you.

The old guy with the goatee is George Adamson of course.
Posted by Janine Ashbless at 10:56 No comments:

Email ThisBlogThis!Share to TwitterShare to FacebookShare to Pinterest
Labels: not working

'Misbehaviour' in the Library 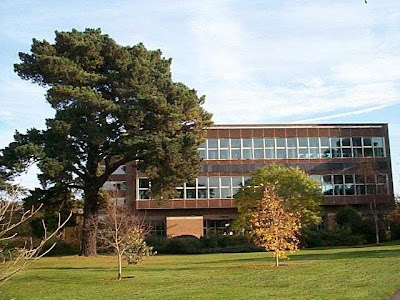 Phew! I've completed the first draft of Issues and Returns, my short story submission for the 'Misbehaviour'-themed

Black Lace collection due out next year. It was tough going: the stories are supposed to be around 6000 words and for a long time I was convinced that I'd never make it to 4K. As it happened, I finished it off at 6.5K so now I'm cutting!


There are 4 Black Lace short story collections in the pipeline, all contemporary non-paranormal anthologies. I've promised to submit copy to each collection, so that's Number Three done and dusted. I've been accepted for Number One ("Seduction") and we're all anxiously awaiting news on Number 2 ("Liaisons").

Well it looks like we'll be anxiously awaiting news about Liaisons for some time yet - Black Lace has just extended the deadline - to October!
Posted by Janine Ashbless at 13:40 2 comments: