This. This is just awesome.

As I'm on a Fantasy theme this week, what with Thrones of Desire and my upcoming webchat this Saturday for the ERWA (all welcome!), I'm going to rave about Victorian artist Herbert James Draper (1863-1920). Because, before there was Fantasy Art, there was just Art, and that was allowed to include goddesses, mythological beings and nymphs.

Talking of nymphs, Draper's art has made previous appearances in my posts on Naiads and Nereids ...

And a tremendous depiction of the fallen Icarus:

This is a sketch study for the picture above: 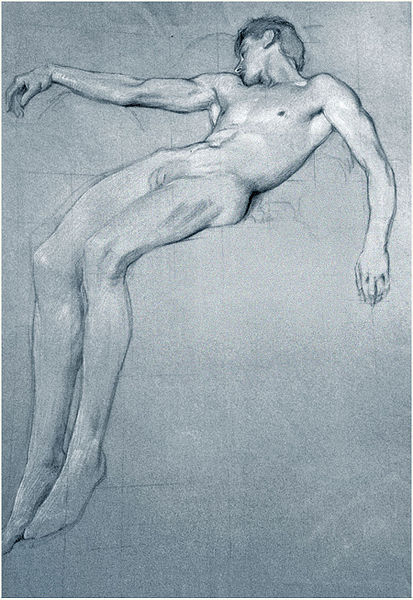 And another study ... I'm not sure I even need colour to fall in love with his nudes!

Some of his stuff did veer dangerously close to the cheesy...

But I think he mostly managed to be charming (and a bit naughty) without being too bland:

And sometimes he was downright dark in his eroticism:


Ariadne - the protag of my story The Red Thread, btw, was taken away by Theseus after he had used her to kill the Minotaur and escape the Labyrinth. The bastard then marooned her on the uninhabited island of Naxos, the moment depicted in this picture.


I really don't know the story behind this, but it looks unhappy and intriguing! (It's been suggested that these are mist-spirits who love the sun but are destroyed by him. Clyties the nymph was killed by her unrequited love for Apollo.)

Posted by Janine Ashbless at 14:44

Awesome paintings. I love how the figures kind of glow. Very sensual images.

Thanks for sharing them!