Season of mists and mellow fruitfulness - John Keats: To Autumn 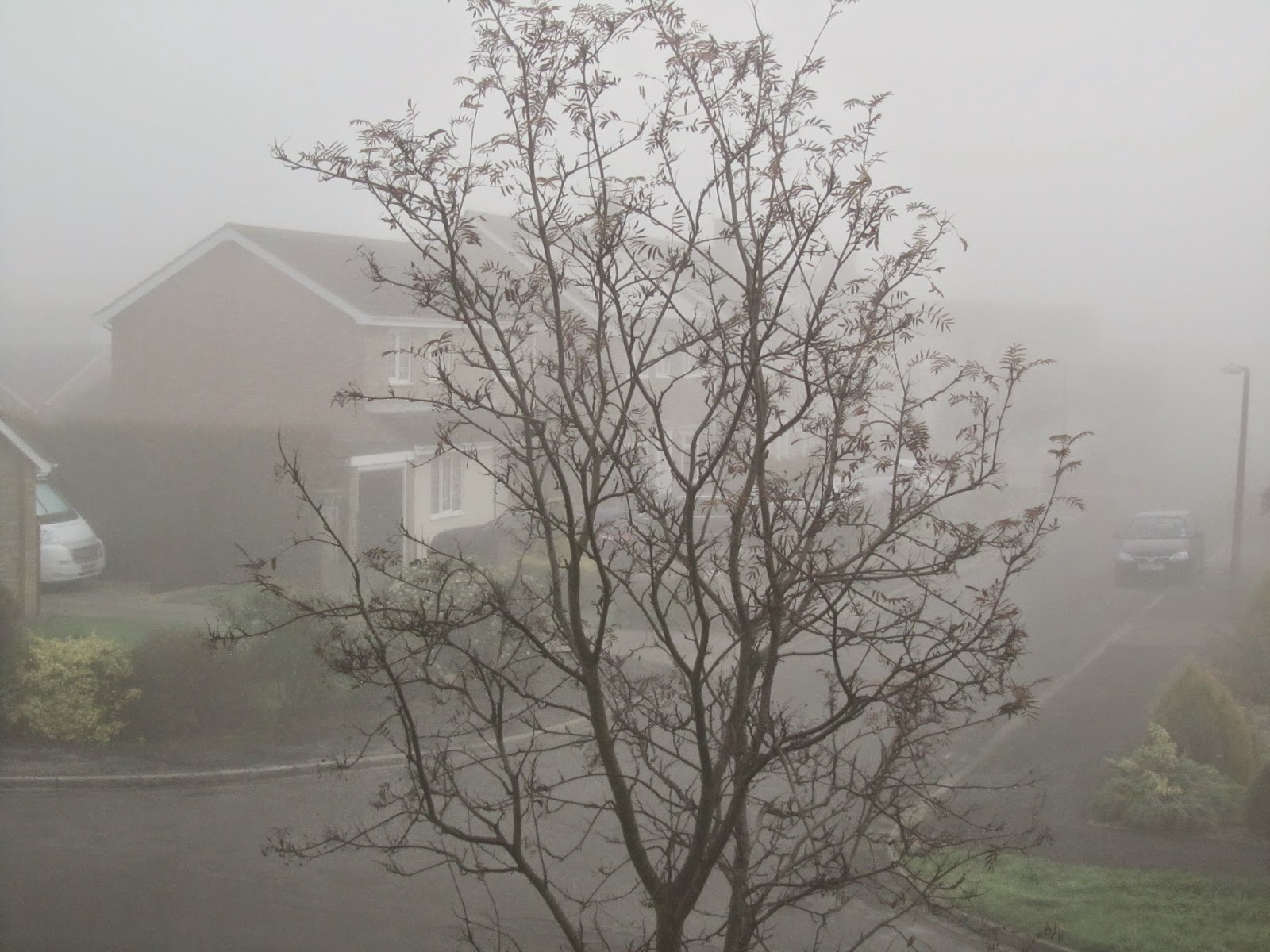 Yes, October is the month that we start getting morning mists again. Leaves begin to fall in earnest: autumn is undeniably here. 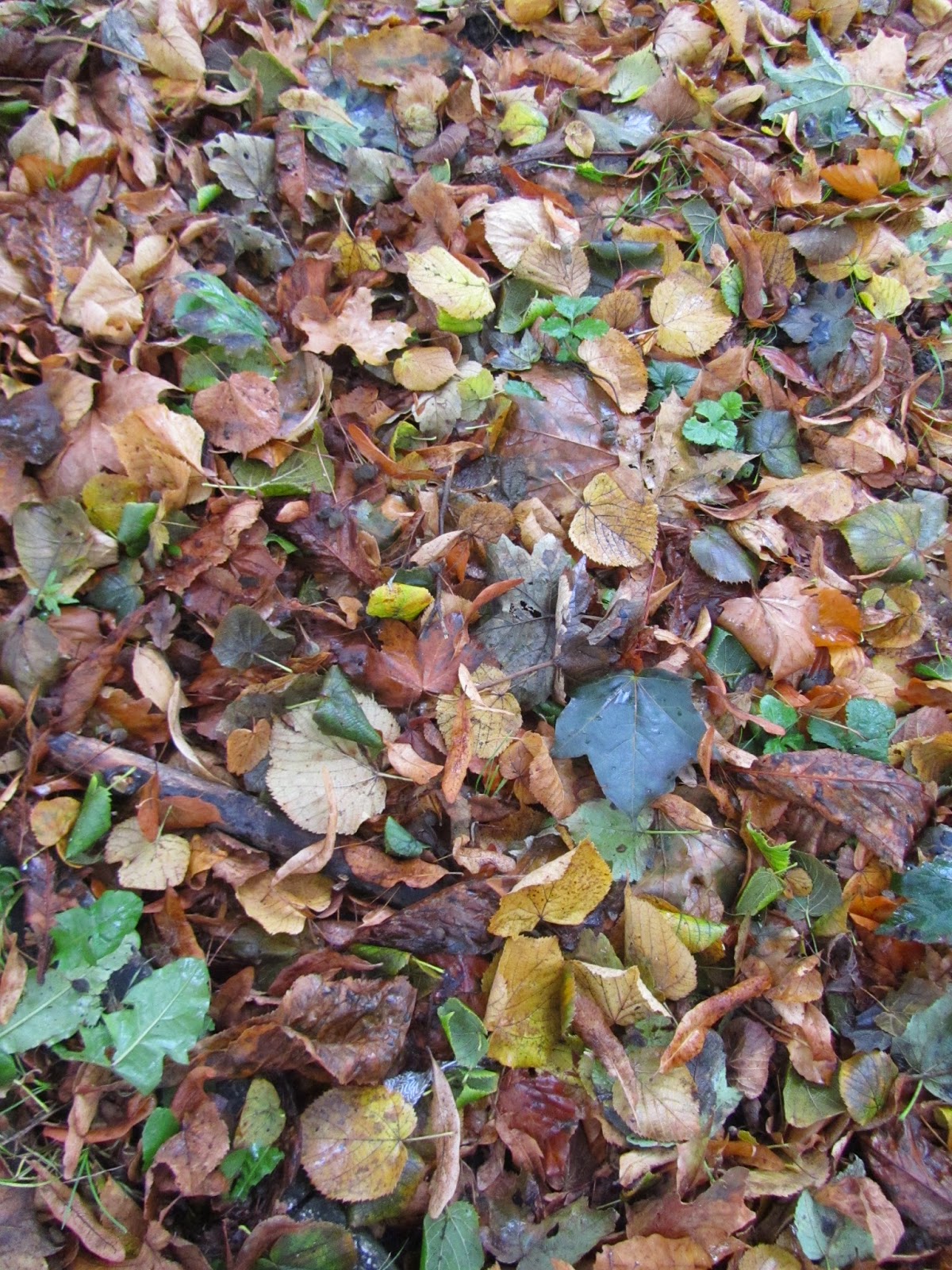 So too falls the ripened beech mast, which in medieval times was a vital source of food for the pigs that would be slaughtered in November and keep the populace alive through winter. No one does anything with beech-mast these days. 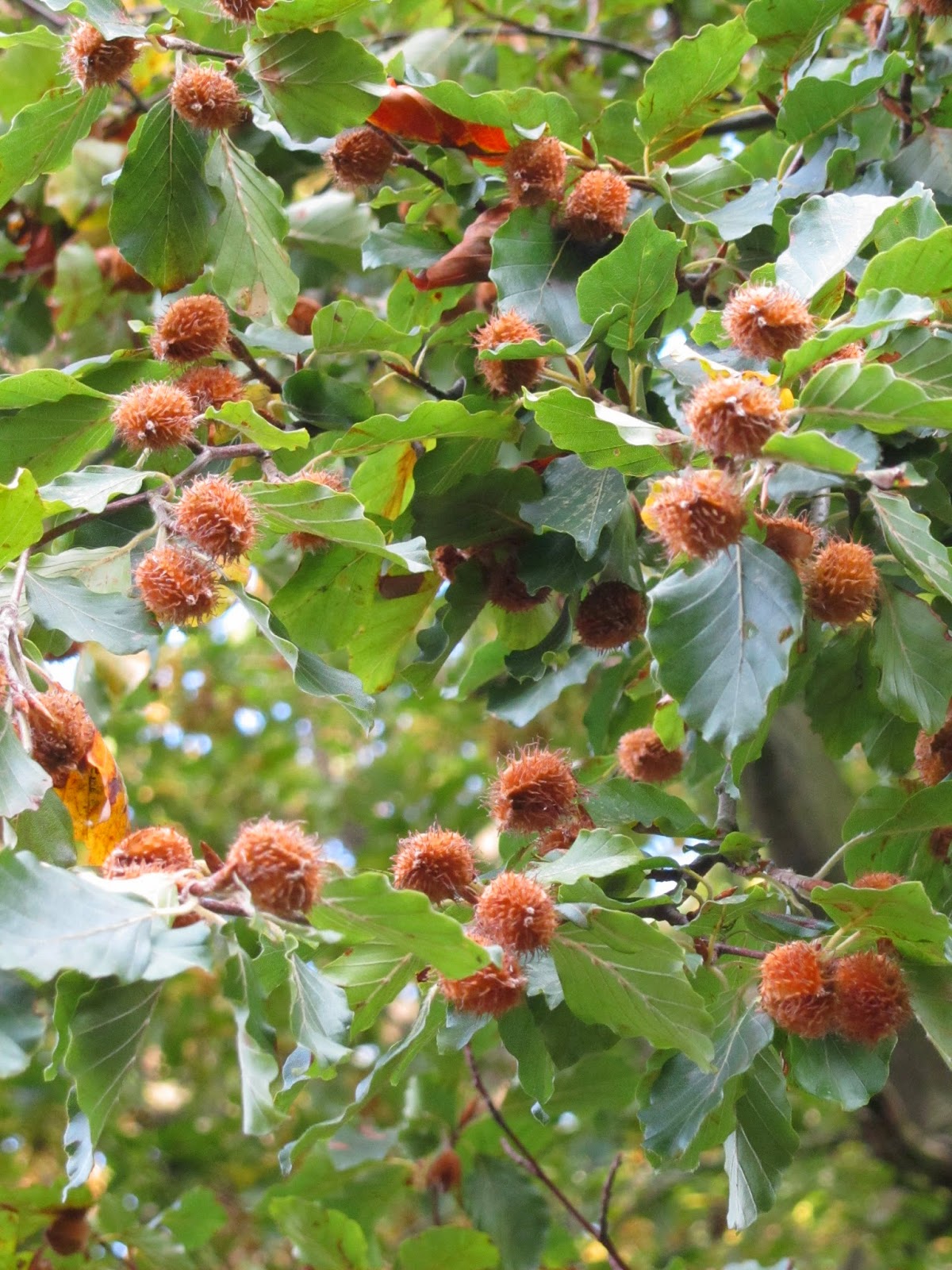 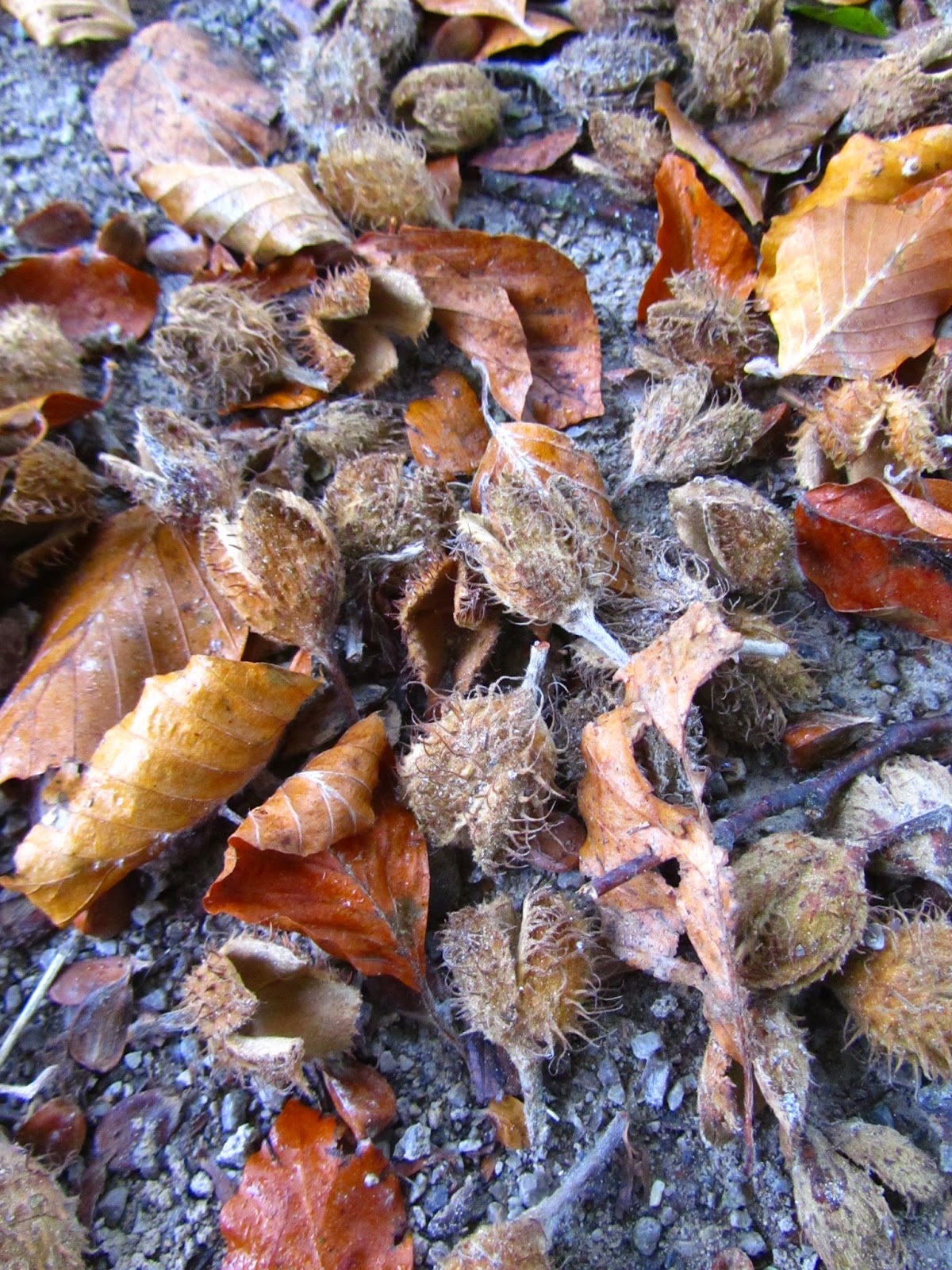 And of course this is the season for collecting conkers! 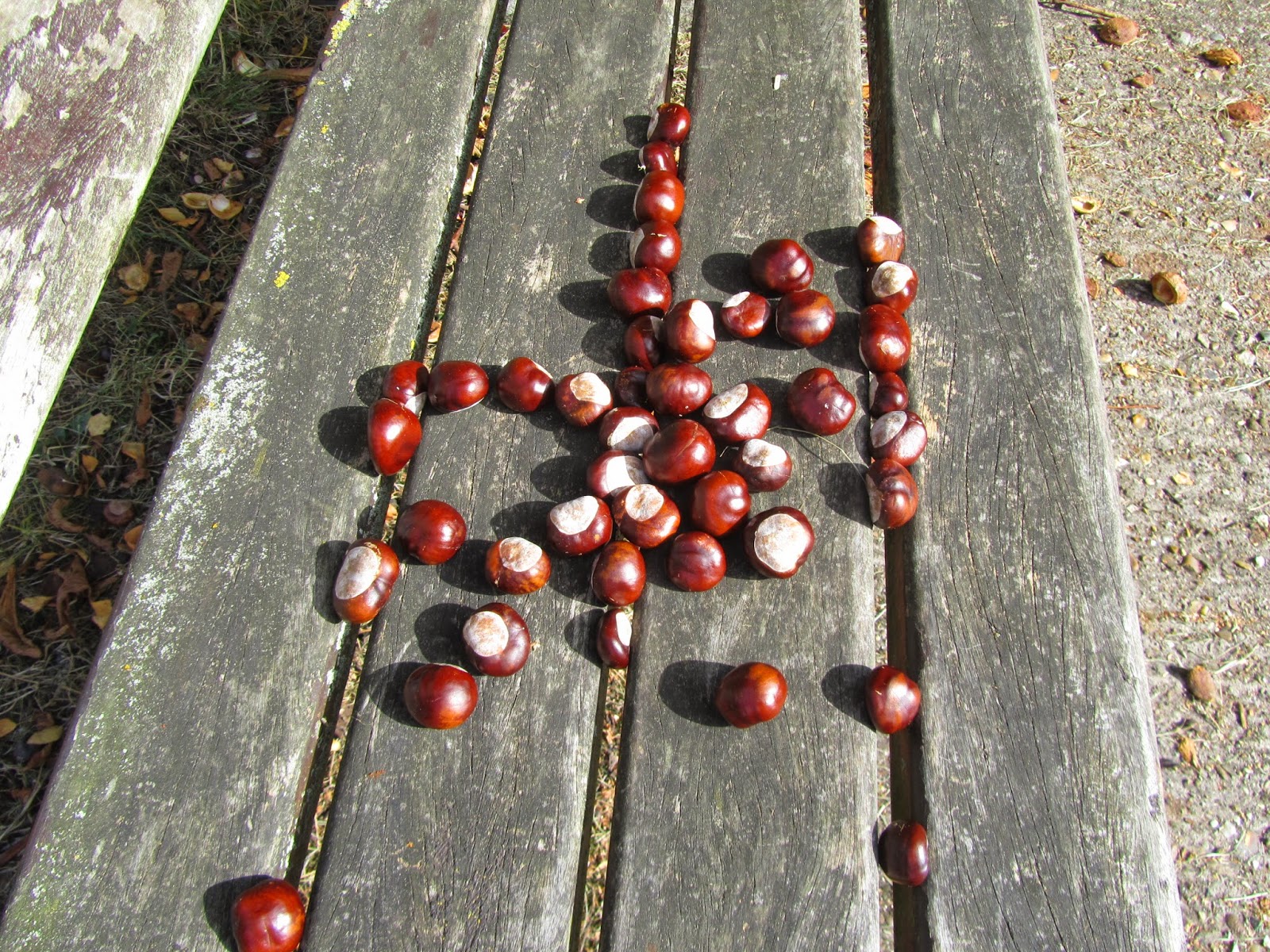 Every year on the second Sunday in October, the World Conker Championships is held in Northamptonshire, but the sport actually goes back before the introduction of horse chestnuts to England (around the 1600s), when it used to be played with hazel nuts and snail shells.

Other things start to appear mysteriously in October - spiders are suddenly all over the place: 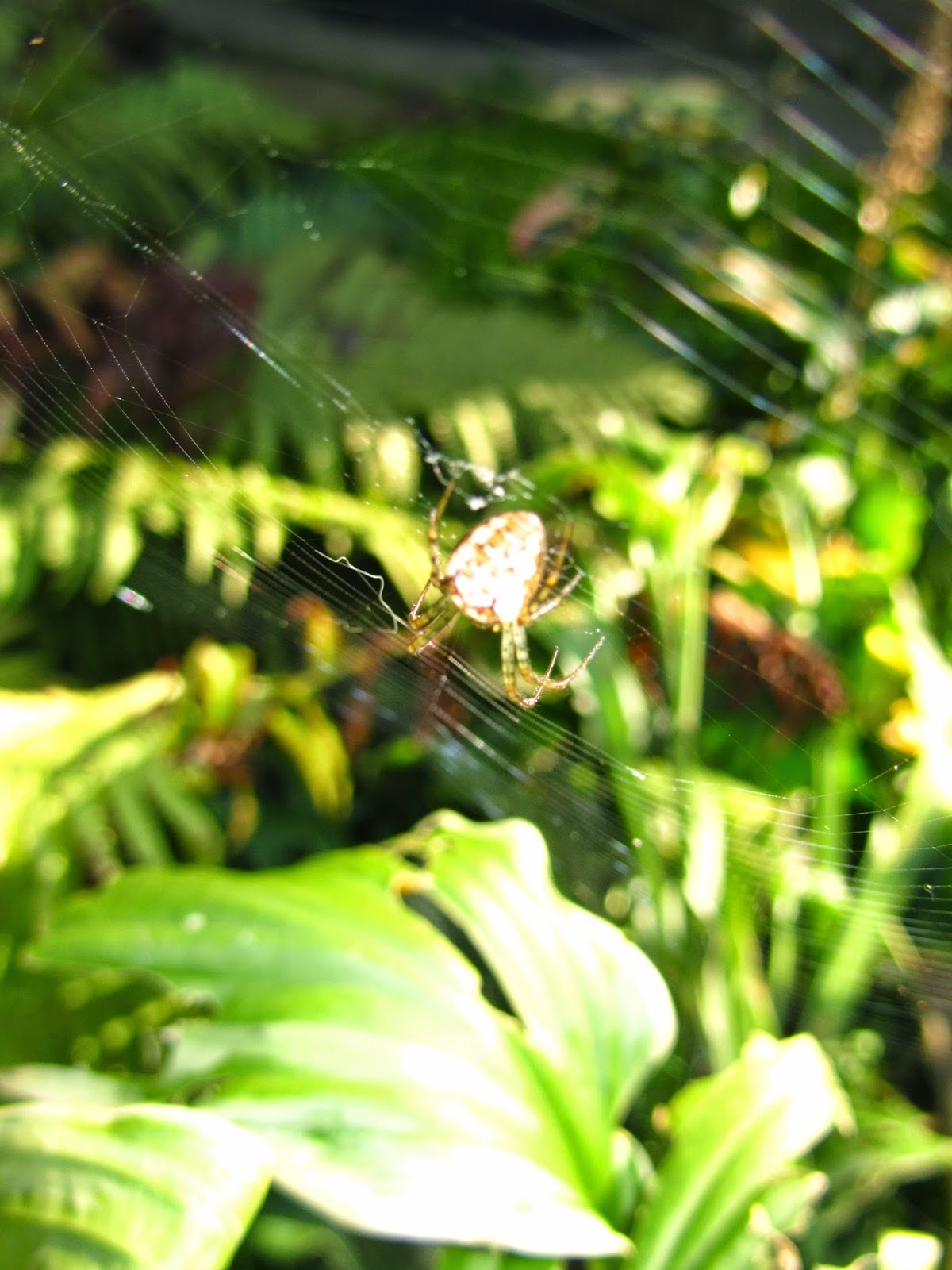 Including inside the house! 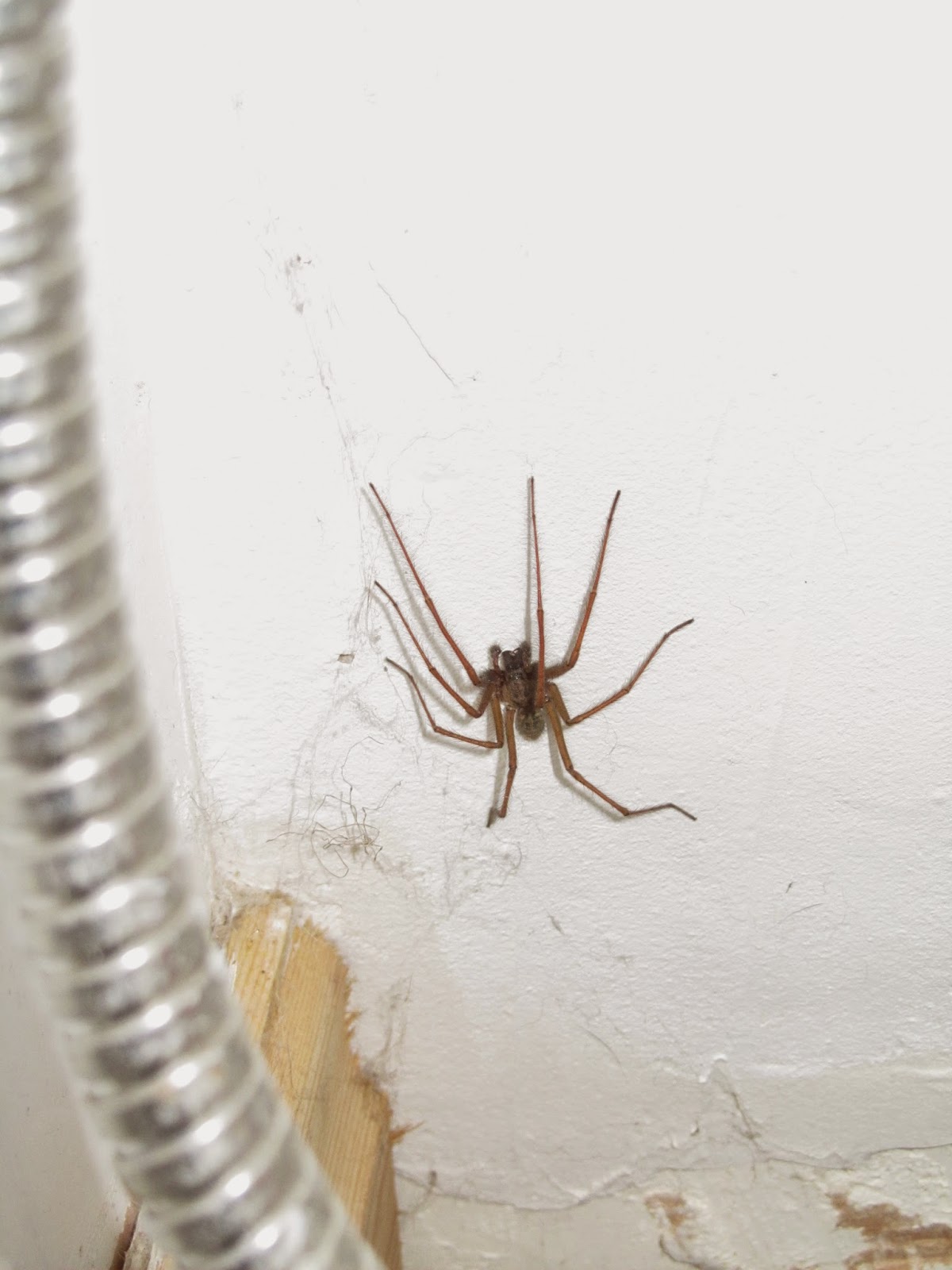 And so are the fruiting bodies of many fungi:

I was was delighted when I learned that genetically speaking, mushrooms are closer to humans than they are to plants!

Talking of plants, it's time for them to put on their autumnal bling: 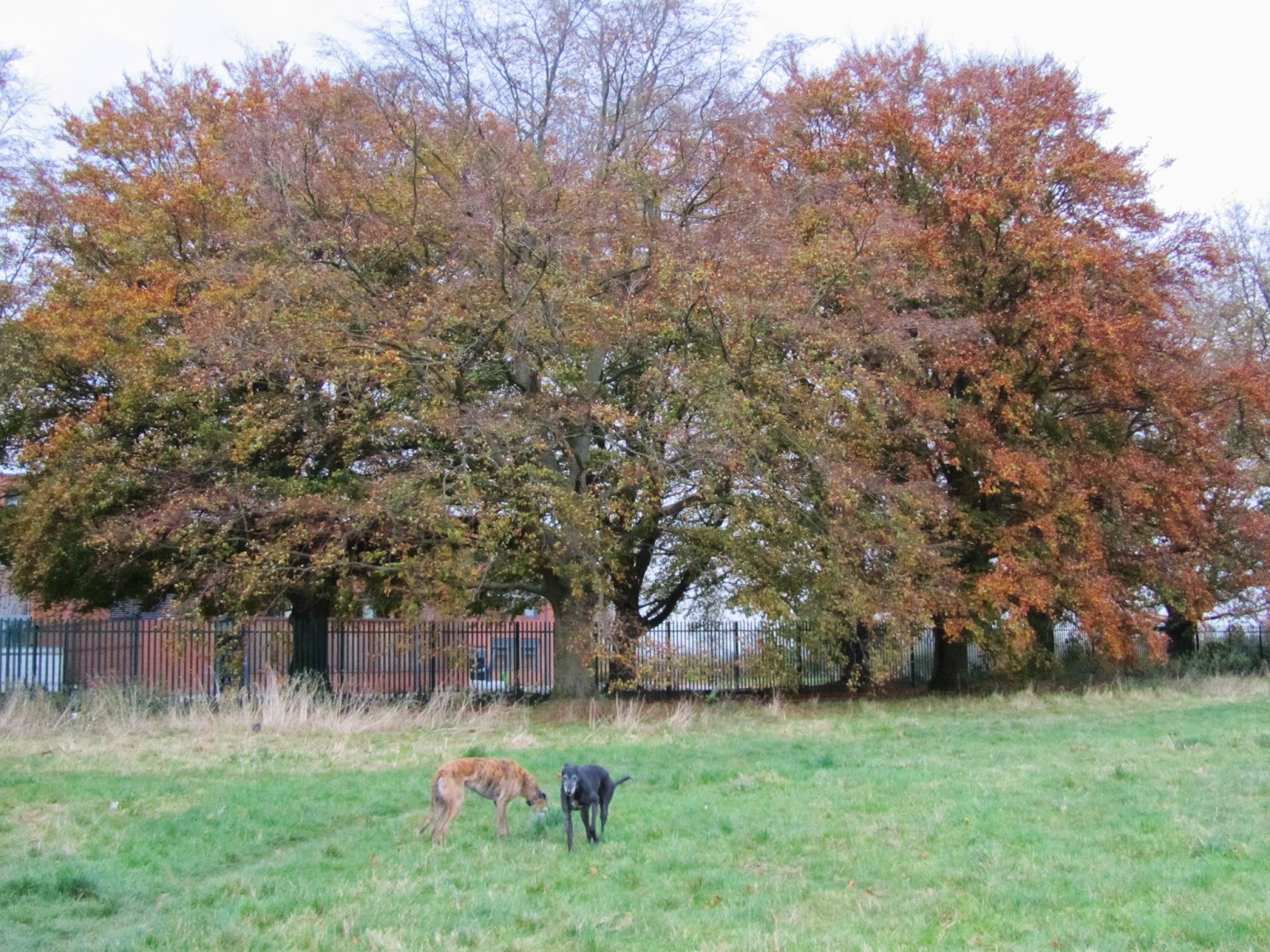 Actually, this year October has been extraordinarily mild - we had record-breaking high temperatures on Hallowe'en! What that means, perversely, is that the autumnal colouration has been a little drab. For widespread fierce colours you need sunny days followed by cold still nights. 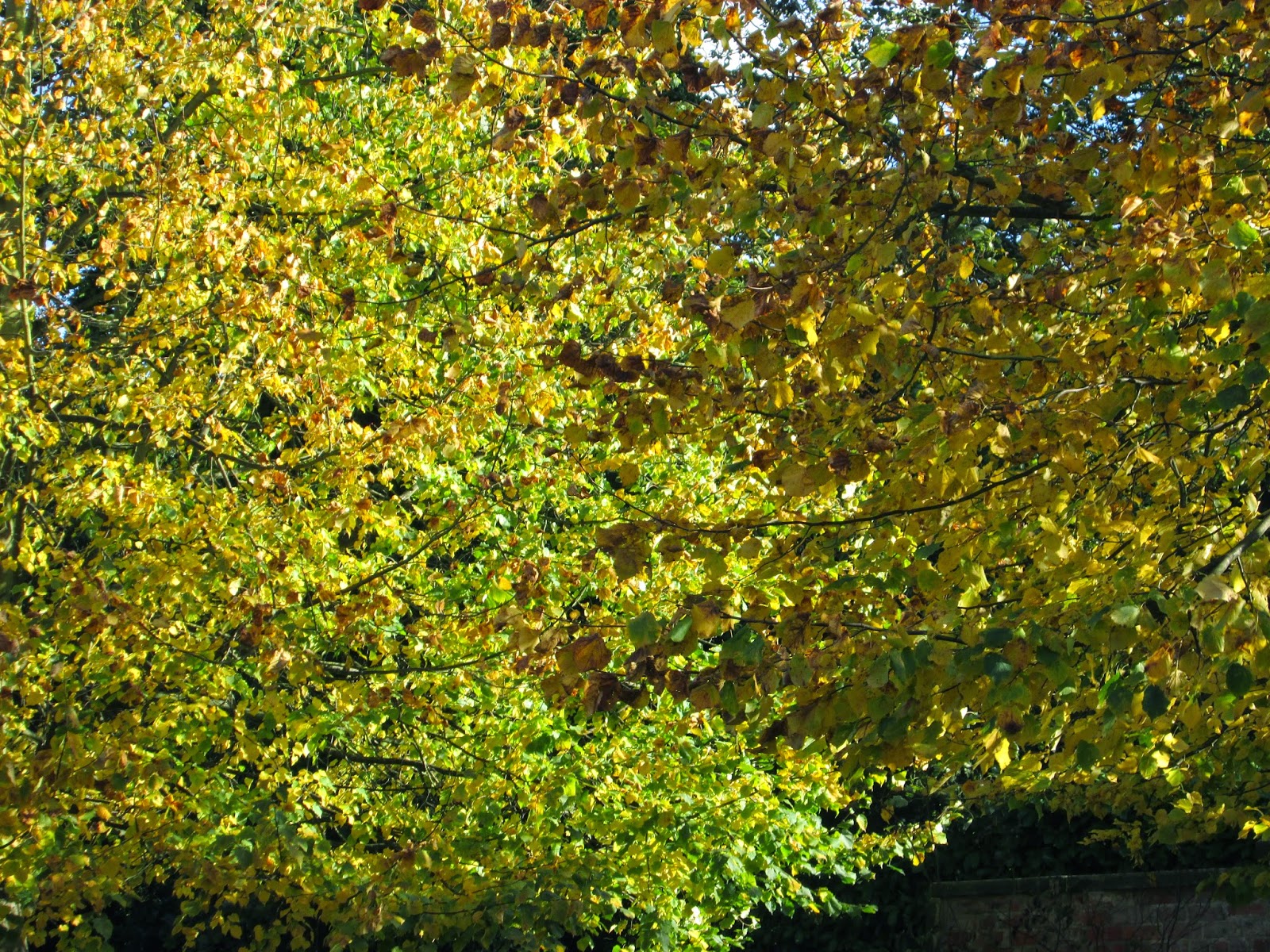 But some plants still try their best: 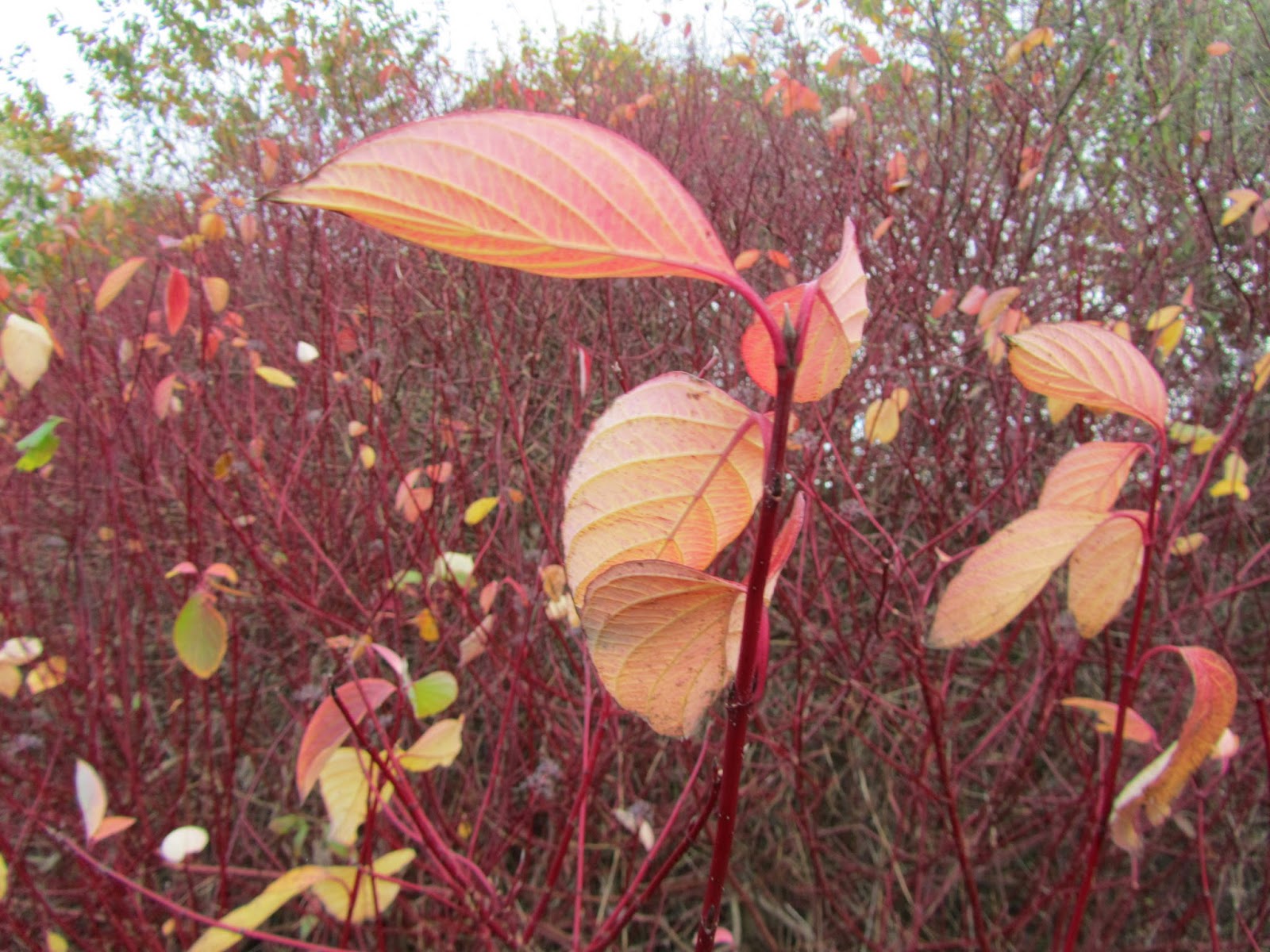 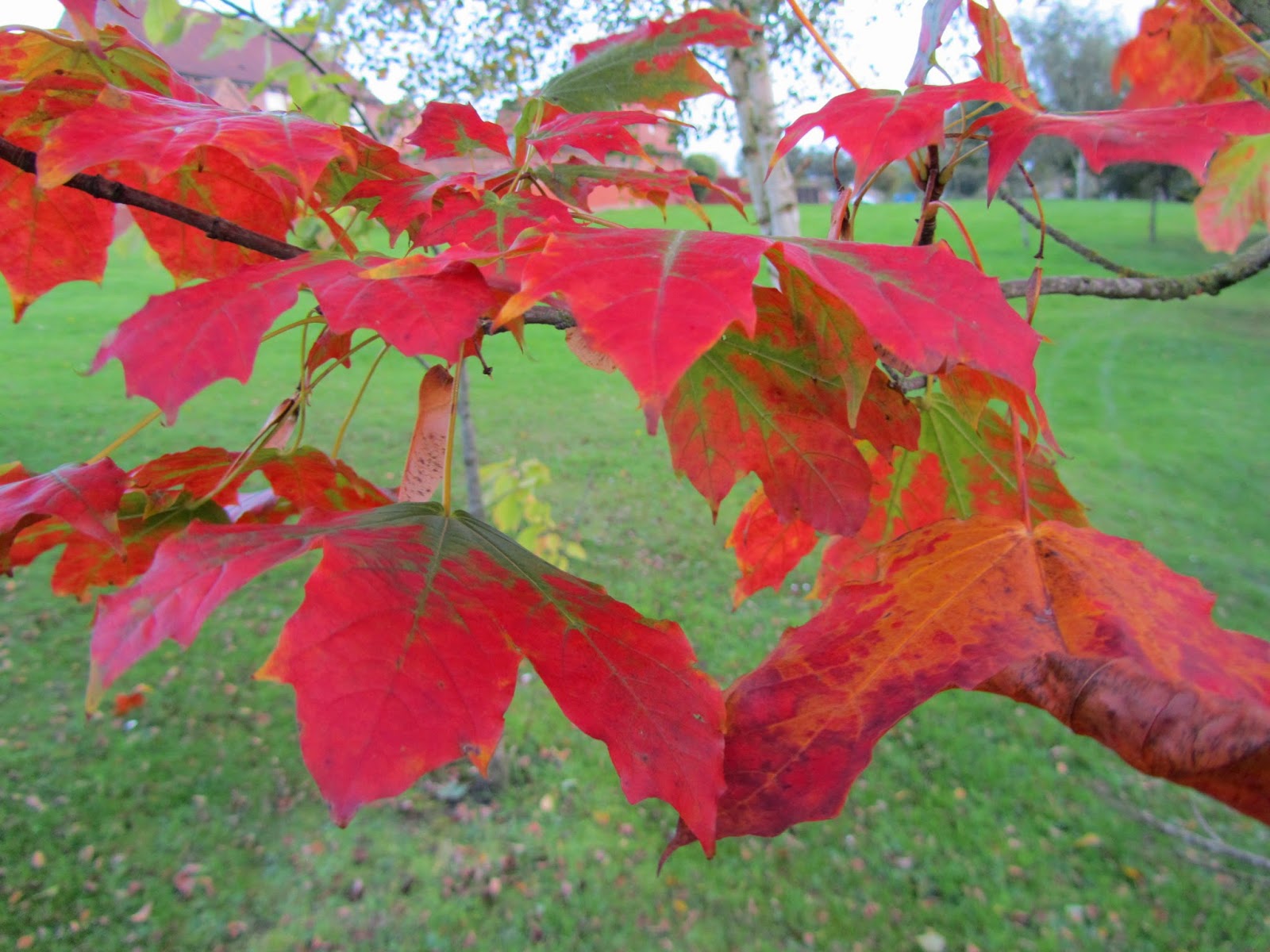 The unseasonably warm weather means that there are still wasps around. In fact Mr Ashbless got stung by one!

Posted by Janine Ashbless at 14:48

Email ThisBlogThis!Share to TwitterShare to FacebookShare to Pinterest
Labels: phenology, The Wheel of the Year