Until we bought our wood I had no idea that rural life is one long low-level battle against the forces of crime and anarchy. Country people are dodgy as f*ck, frankly. There's the fly-tipping, of course - I was expecting that: But not just by individuals, oh no. The bloody public services are just as happy to leave their old crap in my wood: 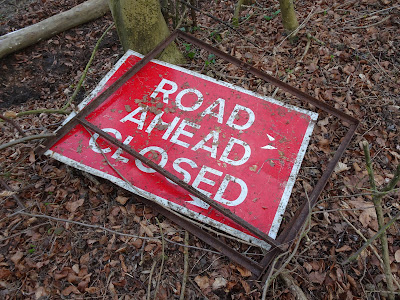 In fact some bugger decided to trench through my land and lay a utility pipe without asking permission: 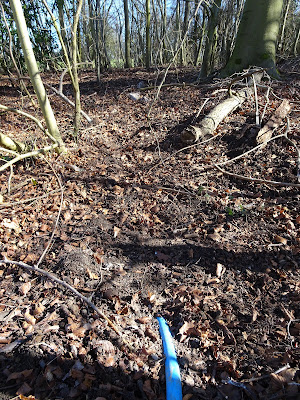 I'm constantly worried that I have badger diggers - though it's possible this poor chap died of natural causes;  certainly the sett still seems to be active. 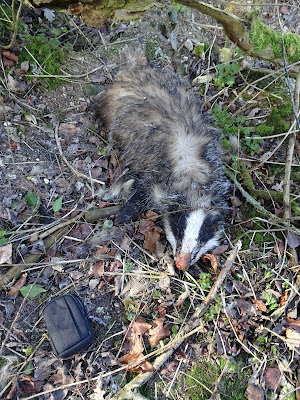 And this week I found a seriously suspicious-looking CONTAINER OF HYDROCHLORIC ACID left inside my gate. 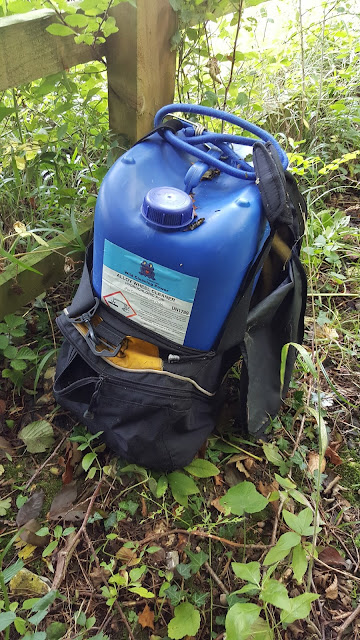 I reported it to the police, because acid-attacks are a Thing now in the UK. They called in the fire brigade to dispose of it, but it's too hazardous so the fire brigade aren't allowed to (and nor am I) so they've called the local council.

Guess who gets to foot the bill?

Posted by Janine Ashbless at 22:36

Email ThisBlogThis!Share to TwitterShare to FacebookShare to Pinterest
Labels: Janine in the flesh, not working but wish I was, the human race is crap, woodwoman

Sheesh...when we lived in the mountains, our only worries were skunks and mountain lions. Well, that and the jerks who lived on the hill behind us and loved to work on their big wheeled pickup trucks at all hours of the day and night. You might not have that phenomenon in the UK, you know the trucks with the honkin' big tires that correlate to the size of a guy's "equipment"? (The bigger the tires, the smaller the dick) From the number of those trucks on the road, there are a lot of anatomically deprived males in the US...


As a country land owner we are so tired of people dumping their old beds, builder's waste, tyres etc. on our land. We've also had to contend with arsonists (twice) and people chopping down and stealing the trees from our wood. We once had a load of asbestos dumped. As the landowner, the responsibility and cost is down to us. What is the matter with people?

It's very depressing sometimes - thanks for you sympathetic thoughts!