Whilst poking around on t'internet for inspiration for Cover Him with Darkness, I came across the art of Mikhail Vrubel (1856-1910). He was a Russian member of the Art Nouveau and Symbolist movements, and though he started off with a lot of religious art, it was eventually a fallen angel that destroyed him ...


Vrubel became interested in illustrating a long poem by Lermontov, Tamara and the Demon (full English translation here). In that work a fallen angel, tooling about feeling bored with doing evil stuff, falls in love with Georgian princess Tamara when he espies her dancing at her wedding. 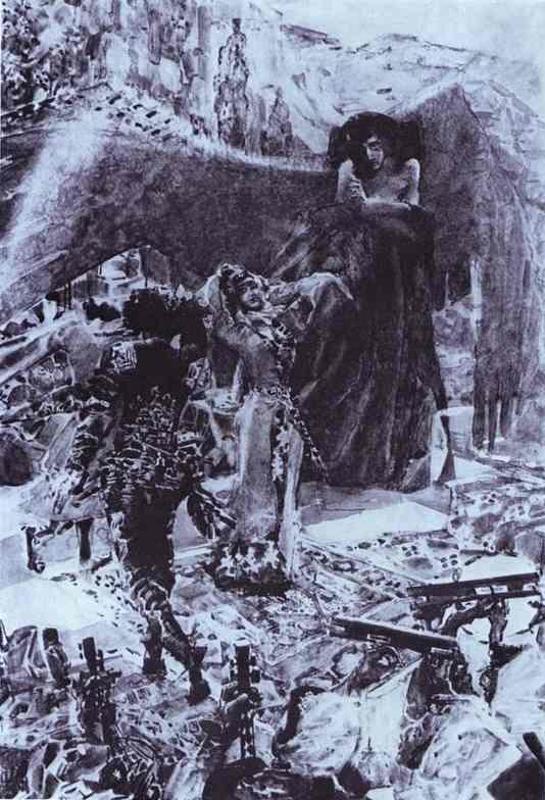 Having no great grasp of either timing or subtlety, the demon has the groom killed and commences nagging / wooing Tamara into becoming his eternal bride.

He's so besotted he even promises to give up evil and obey God for her - and at that point she gives in and lets him kiss her. 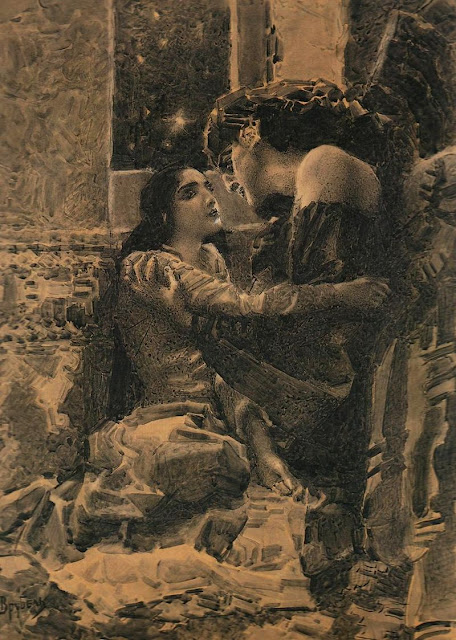 Which kills her on the spot.
Oops.


An angel takes Tamara off to heaven, and the poor demon is left to fly over the earth again, lamenting and alone.


Vrubel became obsessed with his own particular image of the demon (who you have to admit is pretty damn sexy!). He sculpted and painted the character over and over again. 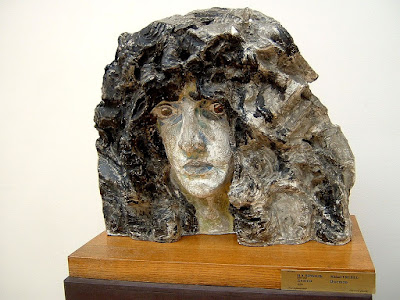 He wouldn't stop repainting the face on this one even when it was hanging in the gallery:

And at this point he lost it all together and had a total breakdown. Several periods of hospitalization dominated the last few years of his life - it seems to have been tertiary syphilis that caused his insanity and encroaching blindness.

He never painted his Demon again. But he did paint Azrael, the Angel of Death, in 1904:

Full biography and gallery of his paintings here
Posted by Janine Ashbless at 21:10

Artist driven mad by own sexy creation eh? Definitely a story in there!