That could basically be *the* illustration for a story I just wrote: Yan, Tan, Tethera, Methera.

It's by John Bauer, a Swedish artist best known for his illustrations for an annual fairy-tale series called Among Gnomes and Trolls. 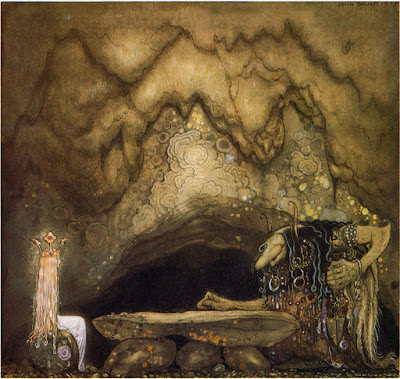 He was the absolute master of visualizing trolls, and he liked best to contrast their huge, lumpen, ugly forms with tiny delicate humans - often children or princesses - in a spectacular show of vulnerability and barely-concealed menace. 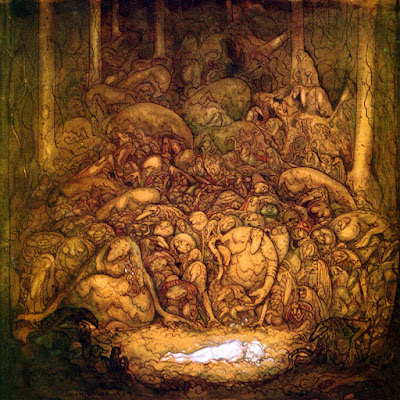 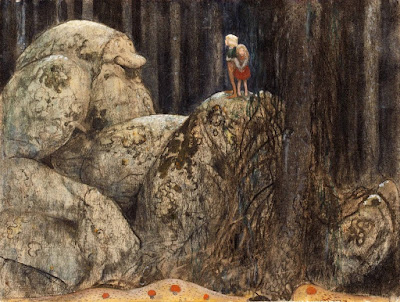 Because this is a story in which I don't hold back... 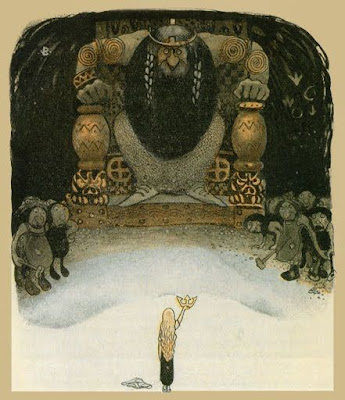 I'll let you know whether it meets editorial approval! 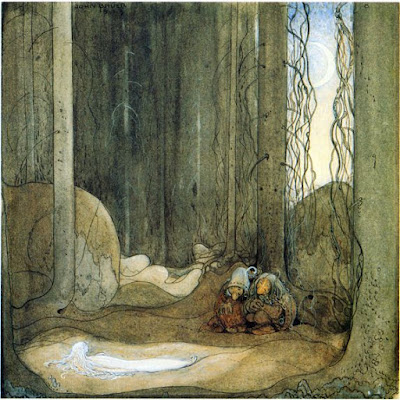 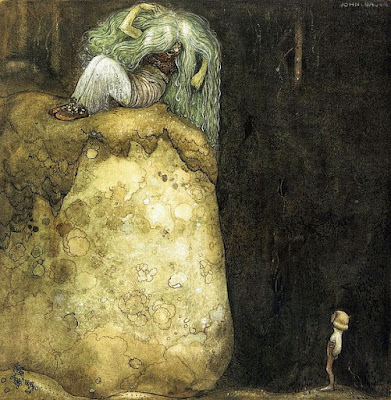 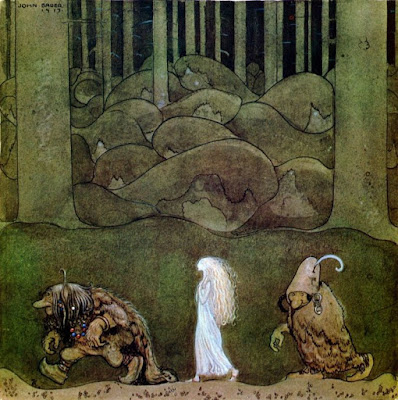 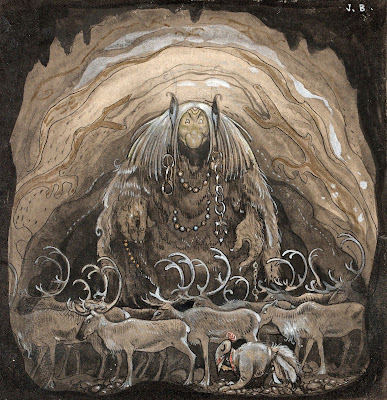 Posted by Janine Ashbless at 23:34