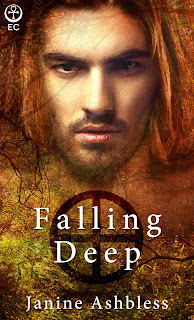 I AM SO SORRY. I have been remiss - Because the pagan/natural cycles are woven into my Lovers' Wheel series, I'm taking a look in 2016 at the four great Celtic festivals, the most important festivals of the neo-pagan year. I've covered Imbolc and Beltane previously, but I'm several weeks late for poor old Lammas!

LAMMAS ("loaf mass") is also known as LUGHNASADH, the assembly sacred to the god Lugh. It takes place on 31st July / 1st August. Like the others it is a fire-festival, and marks a turning point in the agricultural year: in this case the first harvest feast, and the start of Autumn. 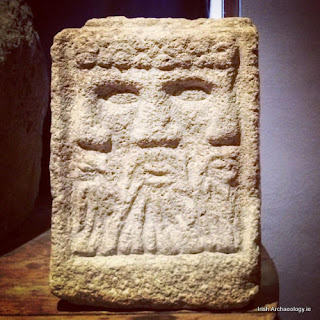 He's one of those multi-functional Irish warrior-gods of craft, law, battle, the sun, storms and generally strutting round being very manly. He also invented a boardgame, fidchell, which makes him a bit geeky.

Festivals took place on hilltops and included feasting, matchmaking, athletic contests, an offering of the first fruits of the year (bilberries and blackberries and apples), and a bull sacrifice. All these customs were kept on by the Christian Church, including making pilgrimage up hills and mountains. Though nowadays the name is mostly remembered for a very depressing movie, Dancing at Lughnasa:

Lughnasadh was also the occasion for "trial weddings" that lasted a year and day! Modern Wiccans and neo-pagans still favour it for handfasting ceremonies.


The Anglo-Saxons / English put more emphasis on Lammas ("hlaf-mas") being a festival to do with wheat - the bringing in and baking of the first sheaf, and its dedication in the local church. Cereal crops, of course, keep through winter in a way summer fruit don't. 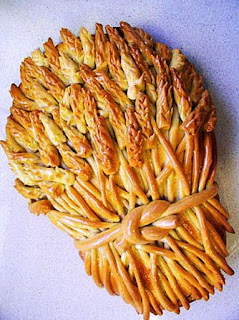 With regard to the year's cycle, Lammas takes place when the slide from high Summer into the shorter darker days has become noticeable. If the year has gone well and the gods are kind, the harvest is bountiful. It is a time of comparative plenty and thankfulness, a huge amount of hard work in the fields, of reaping rewards but also preparing the community against the Winter to come - rejoicing that takes place under a shadow of encroaching hardship.

This is the time of year that  John Barleycorn, spirit of the barley harvest and pseudo-god of Beer, is sacrificed, according to the folksong:

Posted by Janine Ashbless at 19:44

Email ThisBlogThis!Share to TwitterShare to FacebookShare to Pinterest
Labels: art, Lovers Wheel, movies, The Wheel of the Year, Victorian Kinkery