If your mental picture, when someone says "Africa," is of herds of wildebeest sweeping majestically across a timeless unpopulated wilderness, then Ethiopia will knock you on your ass.  They were running ocean-spanning empires from Ethiopia, and building huge stone palaces, back when Britain was still mud huts.

Here's a quick glimpse, through the pics I took on holiday, of centuries of amazing civilisation - most of it still barely examined by archaeologists.

The tiny village of Yeha in the north of the country hosts the ruins of its oldest capital city. In the 1st millennium BCE they built a huge palace of stone and timber at least four storeys high- the "Grat Be'al al Gebri" - and then followed it up with the "Great Temple." The people here worshipped the sun and the moon as gods: 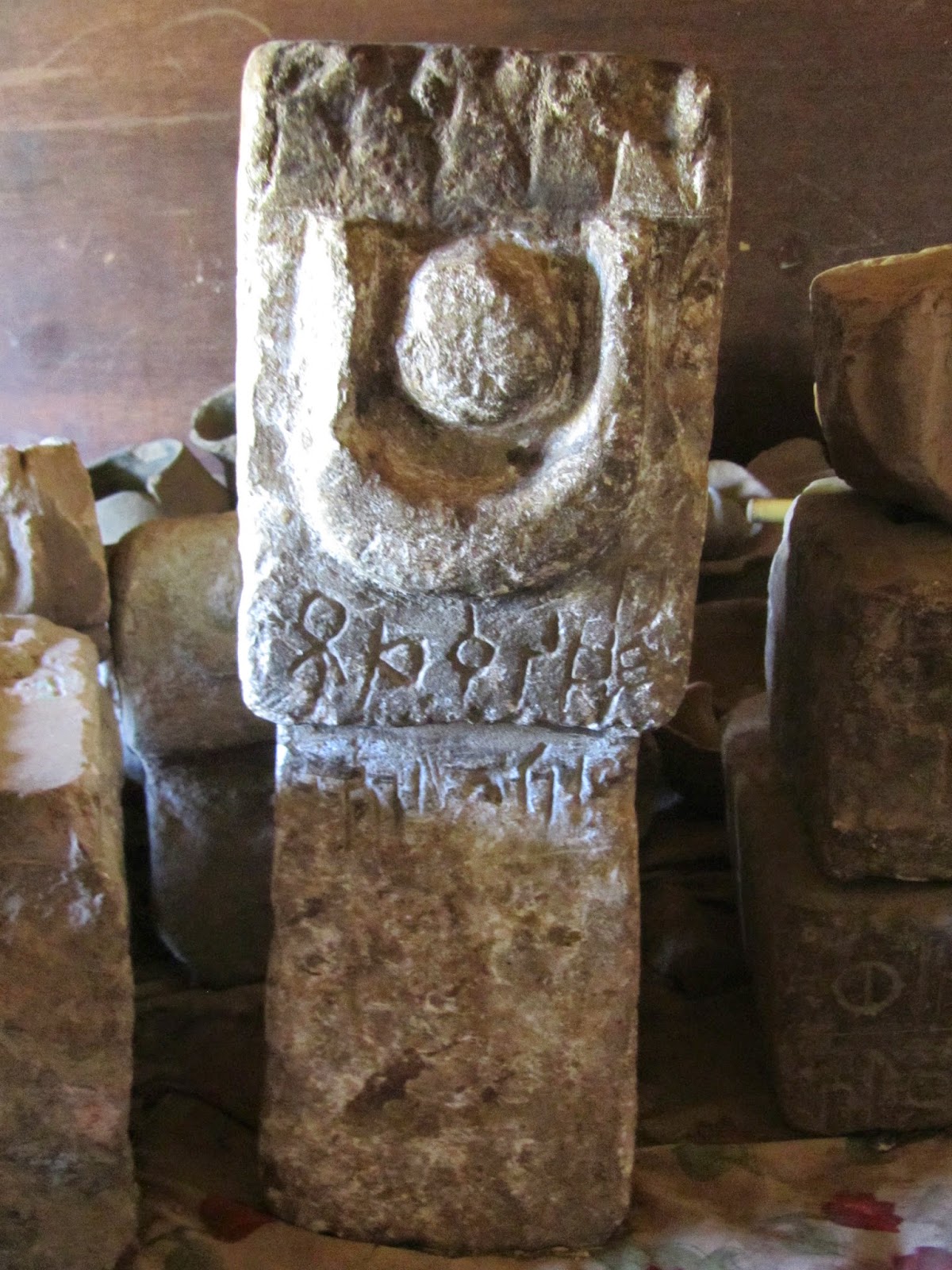 and they seem to have held the ibex sacred: 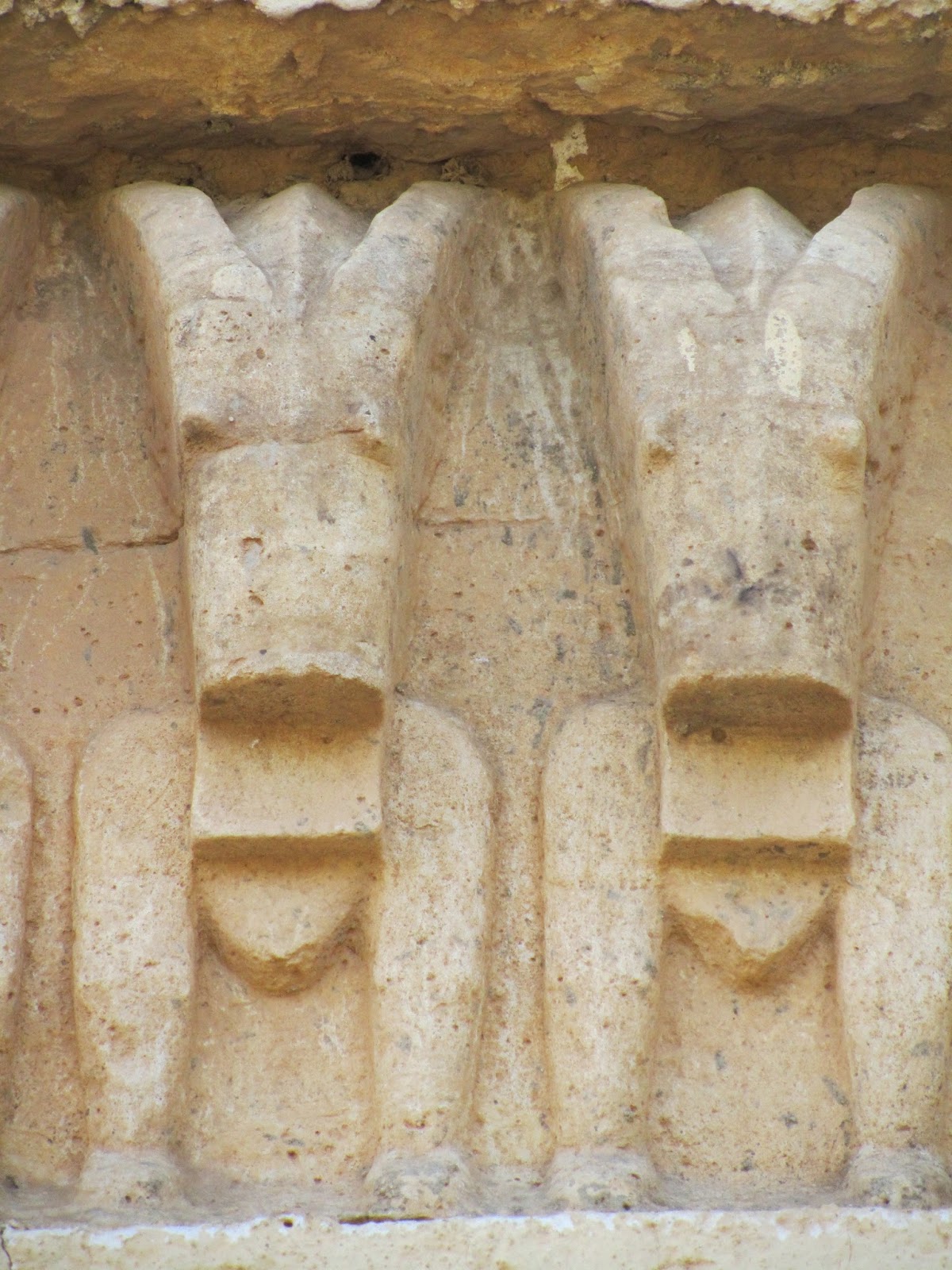 They had a written language which was borrowed from the Yemeni kingdom of Saba, which was based not far away across the Red Sea; there seems to have been a lot of cultural exchange between the two centres of civilisation, and they may or may not have been a single entity at one point or another.


Saba is probably the "Sheba" of the Old Testament, and if there was a Queen of Sheba she came from either Yemen or Ethiopia. Both sides of the Red Sea claim her for their own!

A new empire based at Aksum emerged in the 4th century BCE, converted to Christianity in the 4th century CE, and only went into decline with the Muslim expansion of the 7th century - that's an kingdom that lasted a thousand years.  In fact in the 3rd Century it was listed by a Persian writer as one of the 4 great empires of the world - along with Rome, China and Persia itself.


These are stele (grave markers) from the late pagan period:

Note that the stele are carved to look like multi-storey towers. They have fake doors and windows! 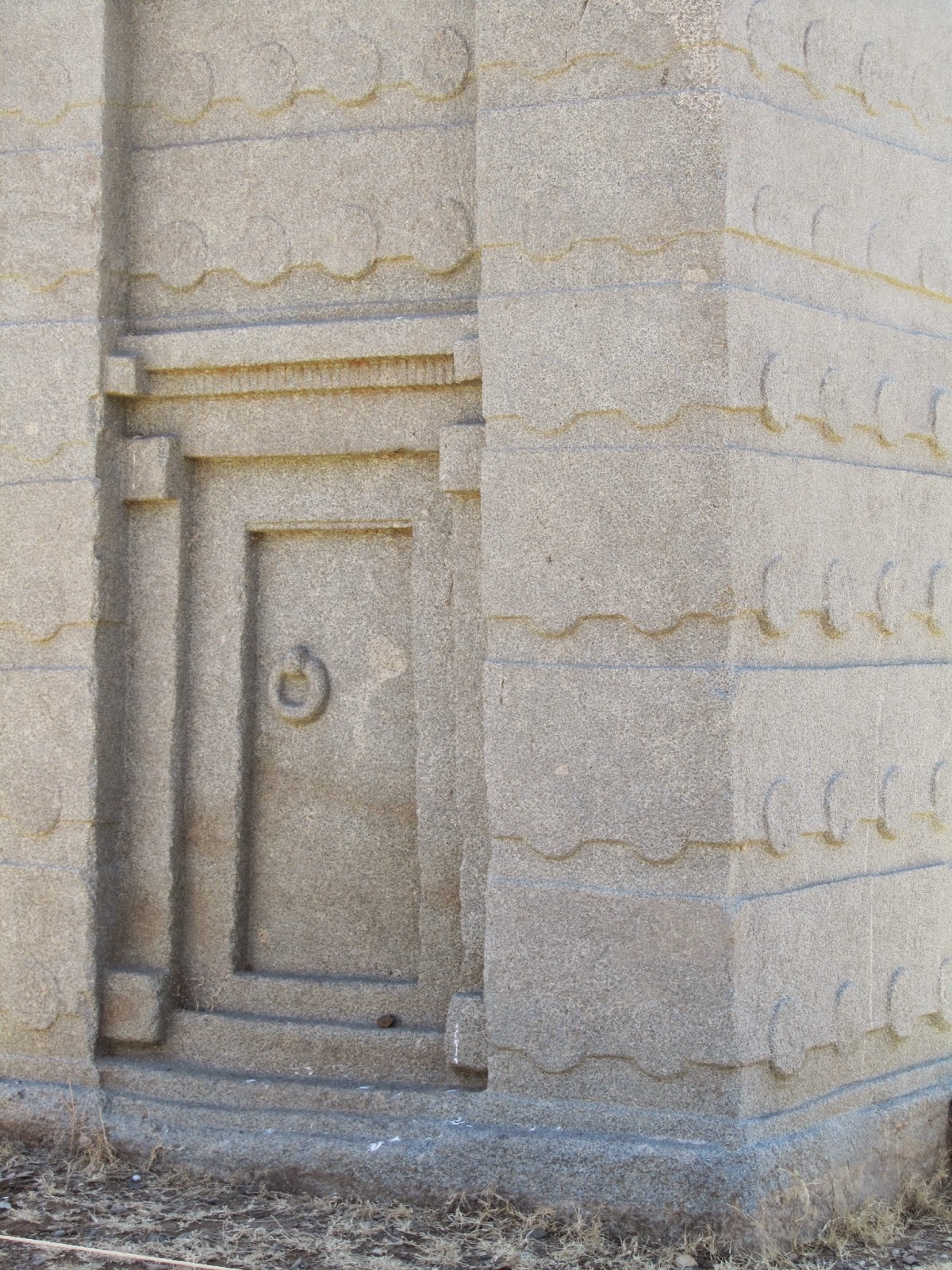 A whole new language, Ge'ez, was developed, written from left to right. It's still used in churches and modern Amharic (Ethiopian) is descended from it.

Ethiopia, btw, is the second-oldest Christian country in the world - after Armenia (yes, before Italy!) 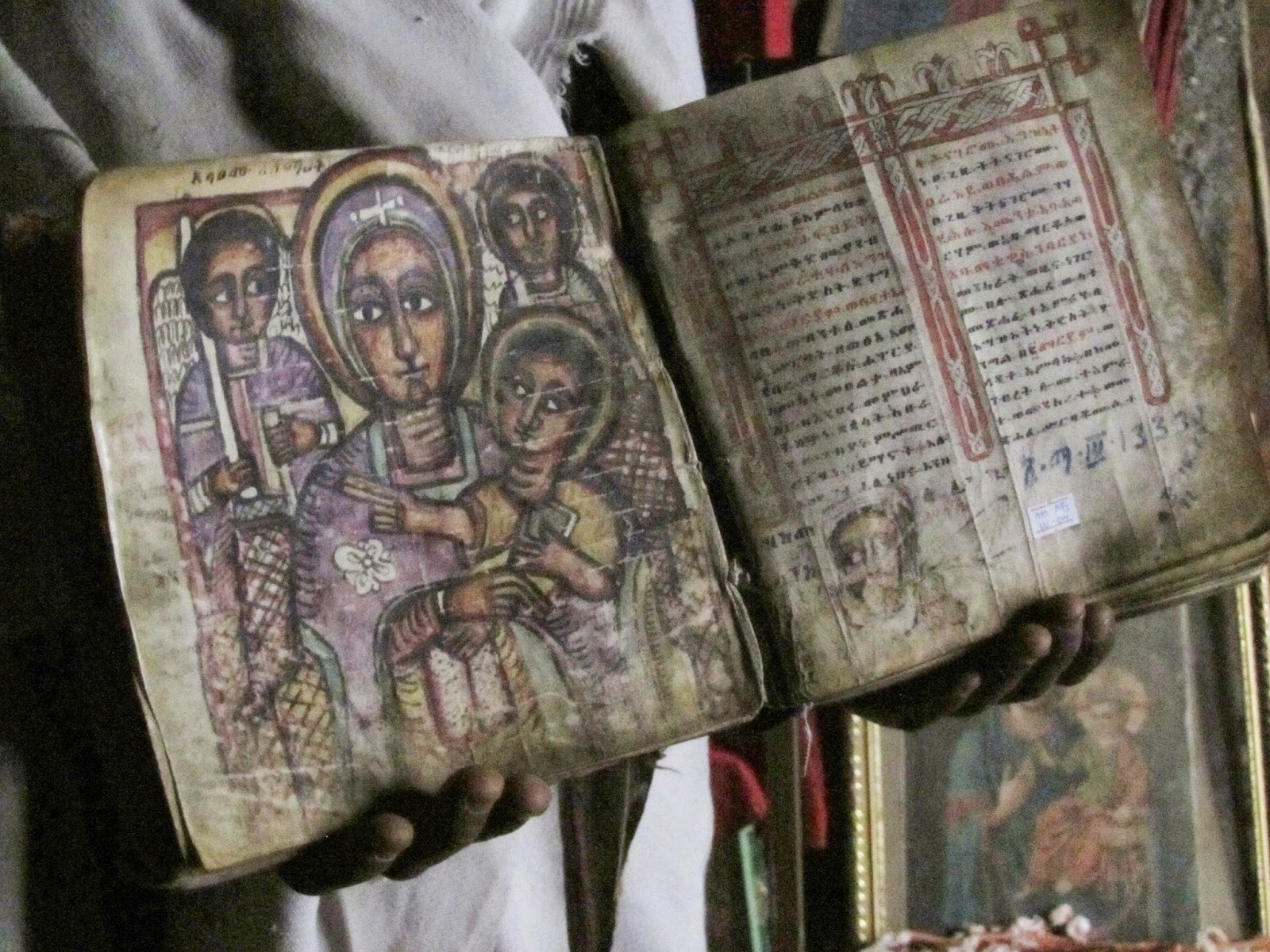 Aksum was finished off with extreme prejudice in the 10th century by Queen Yodit Gudit ("Judith the monster"!), a Beta Israel (Ethiopian Jewish) insurgent who burned all the churches and wiped out the ruling families.

The decline of Aksum was followed by a dark age, until the rise of the Zagwe dynasty based further south at Roha (now called Lalibela, after one of its great kings). This was the era of the wonderful rock-cut churches, each hewn from a single block of stone. They are a UNESCO world heritage site, and quite incredible - easily up there with the Pyramids and Petra. As my guidebook says: "Lalibela's obscurity is shameful." 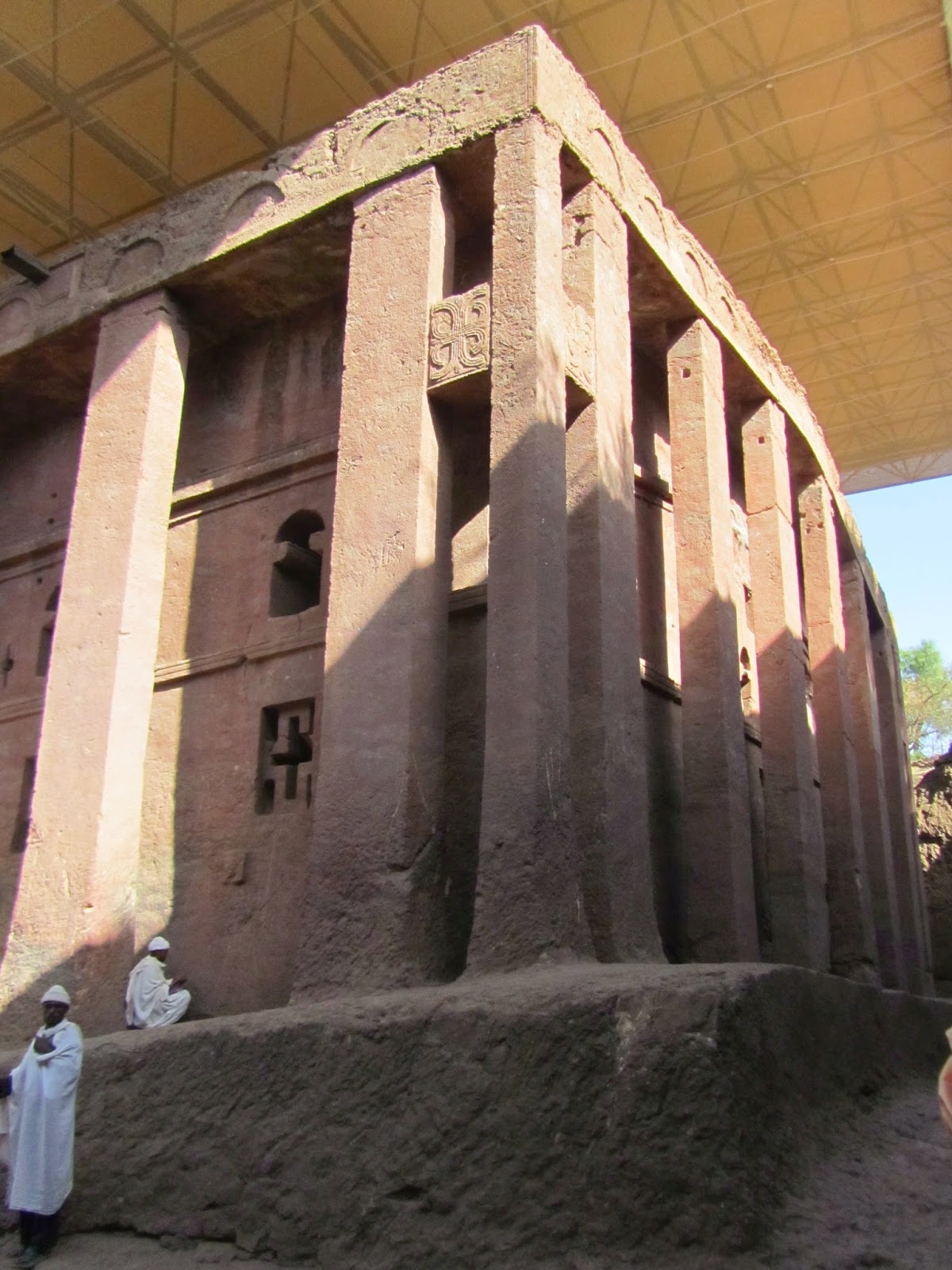 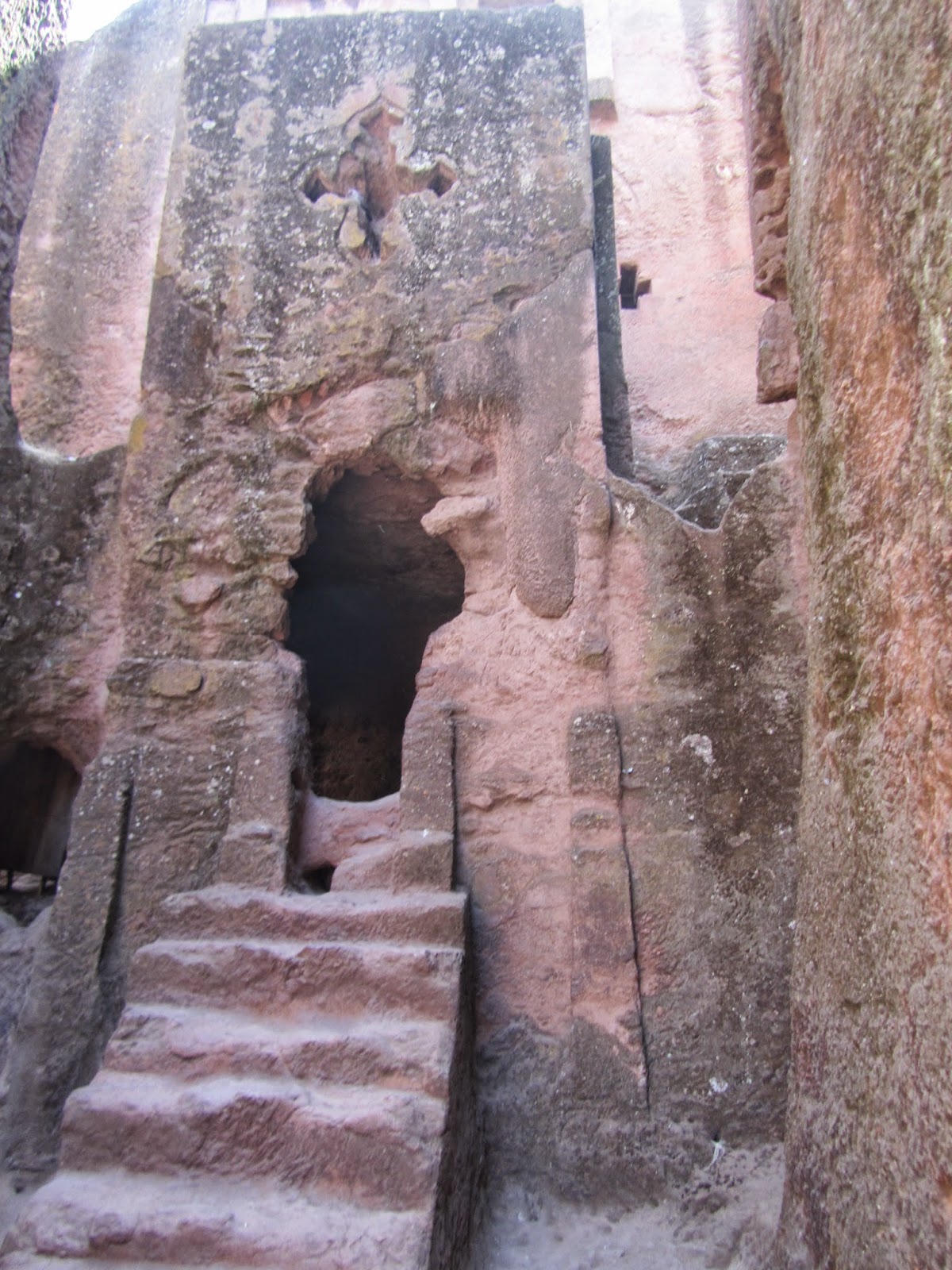 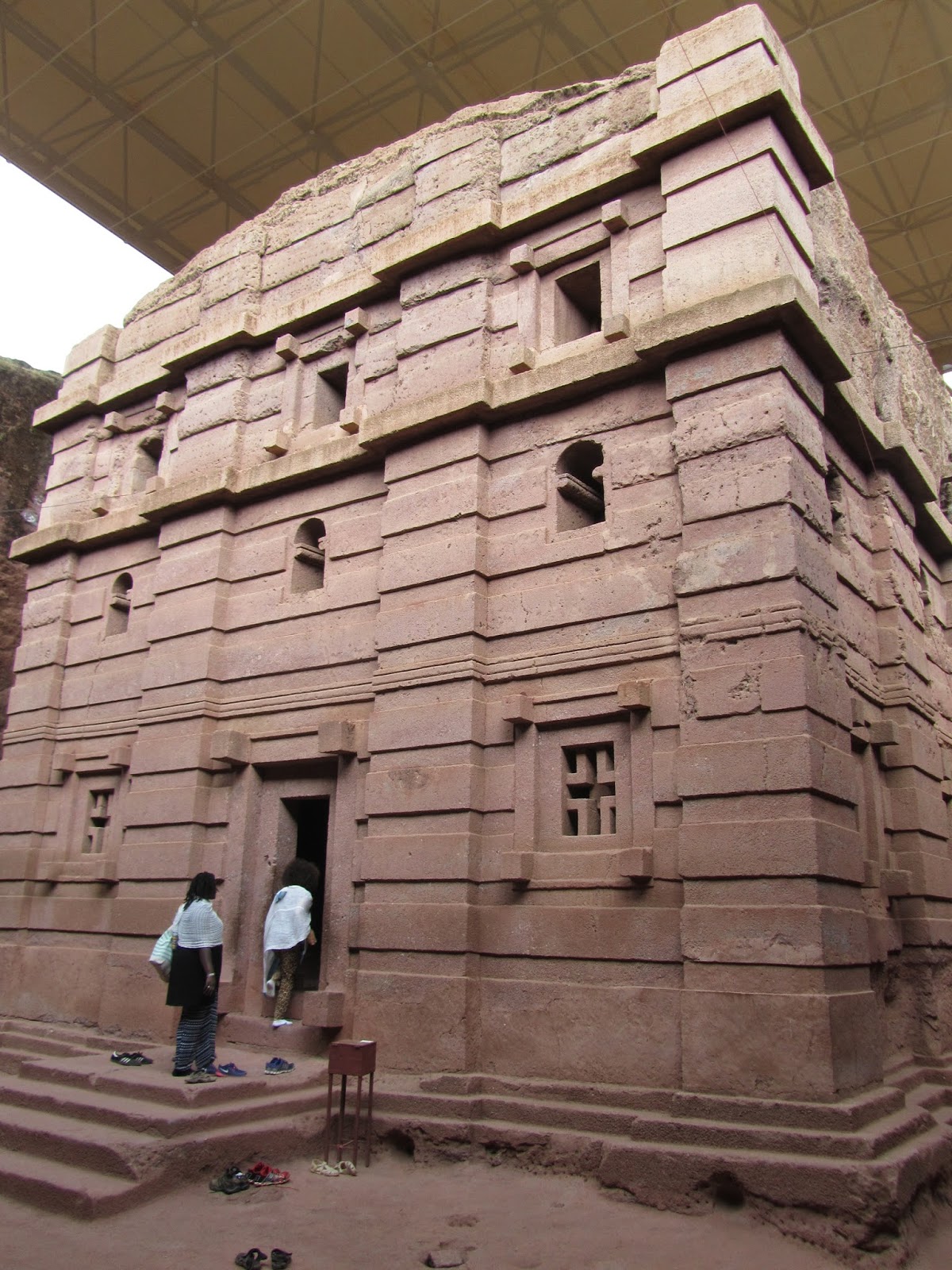 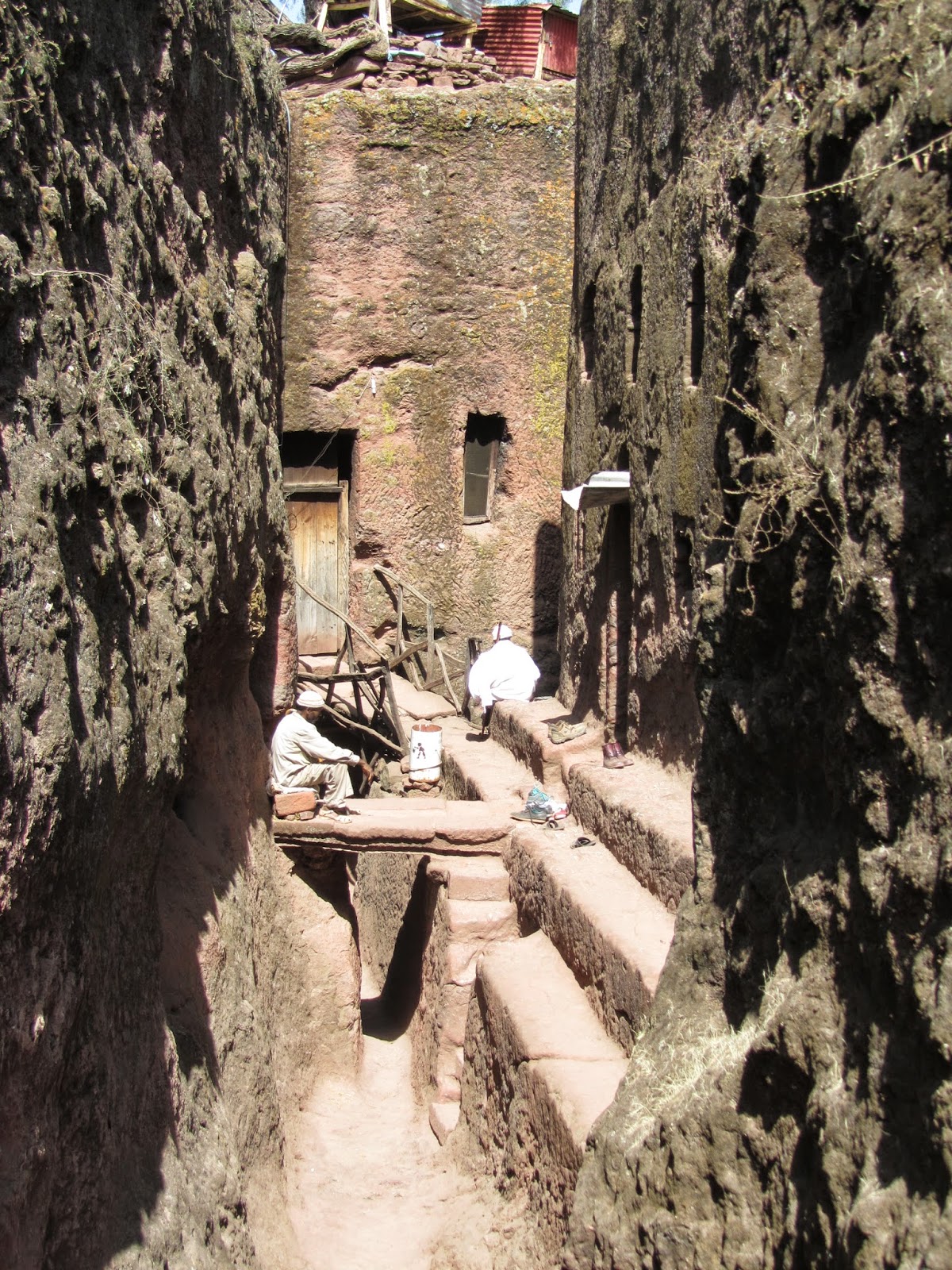 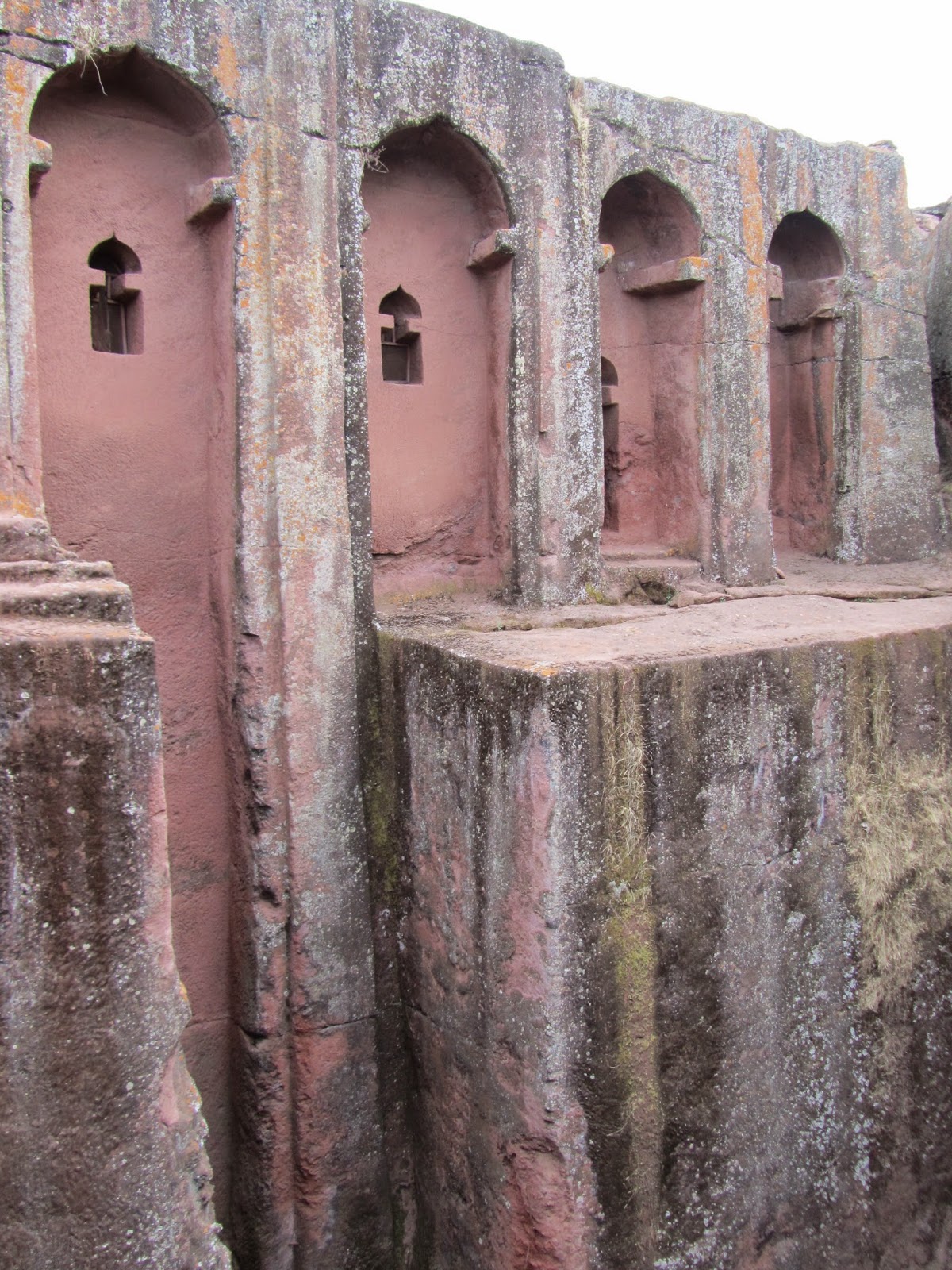 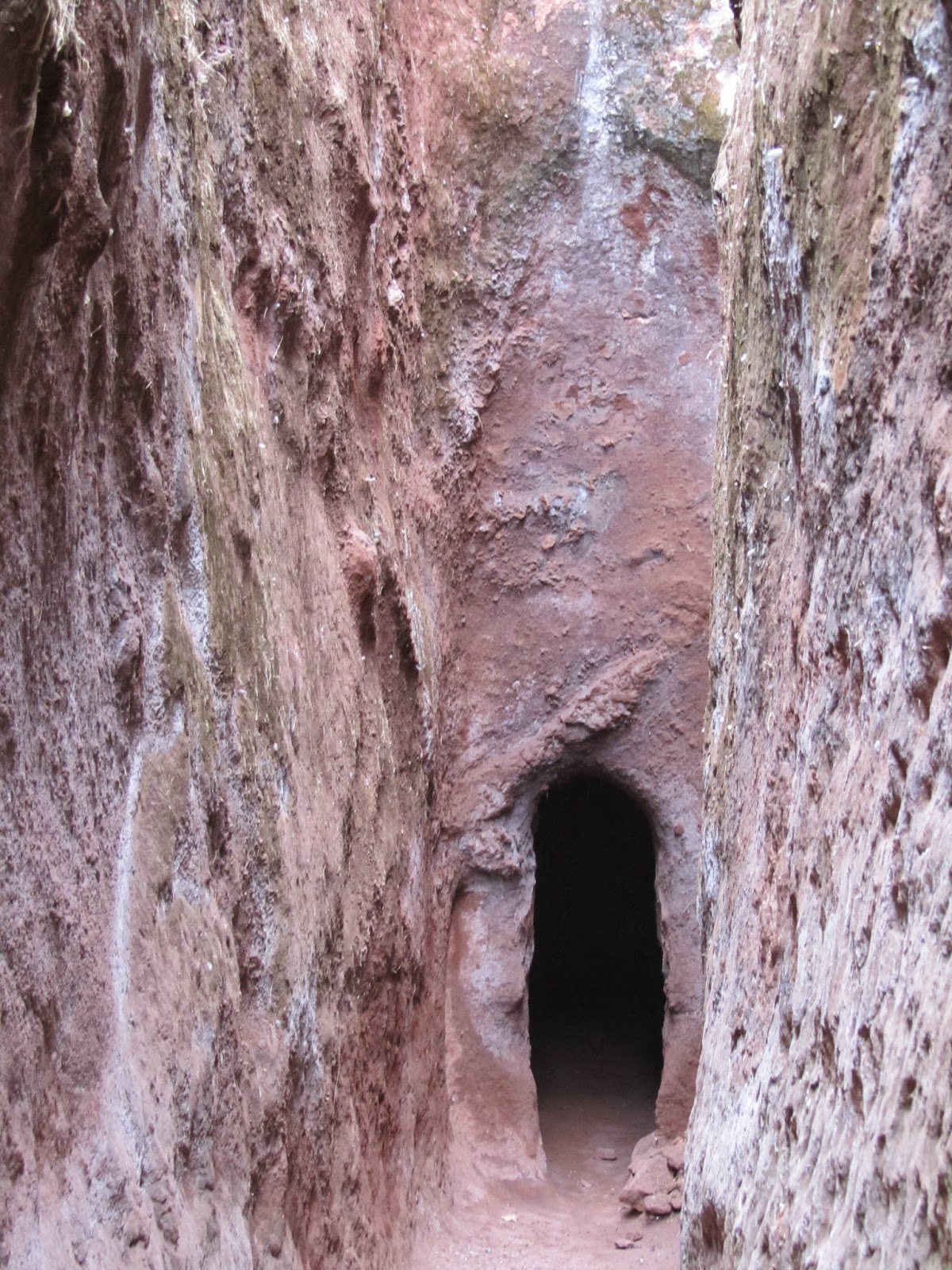 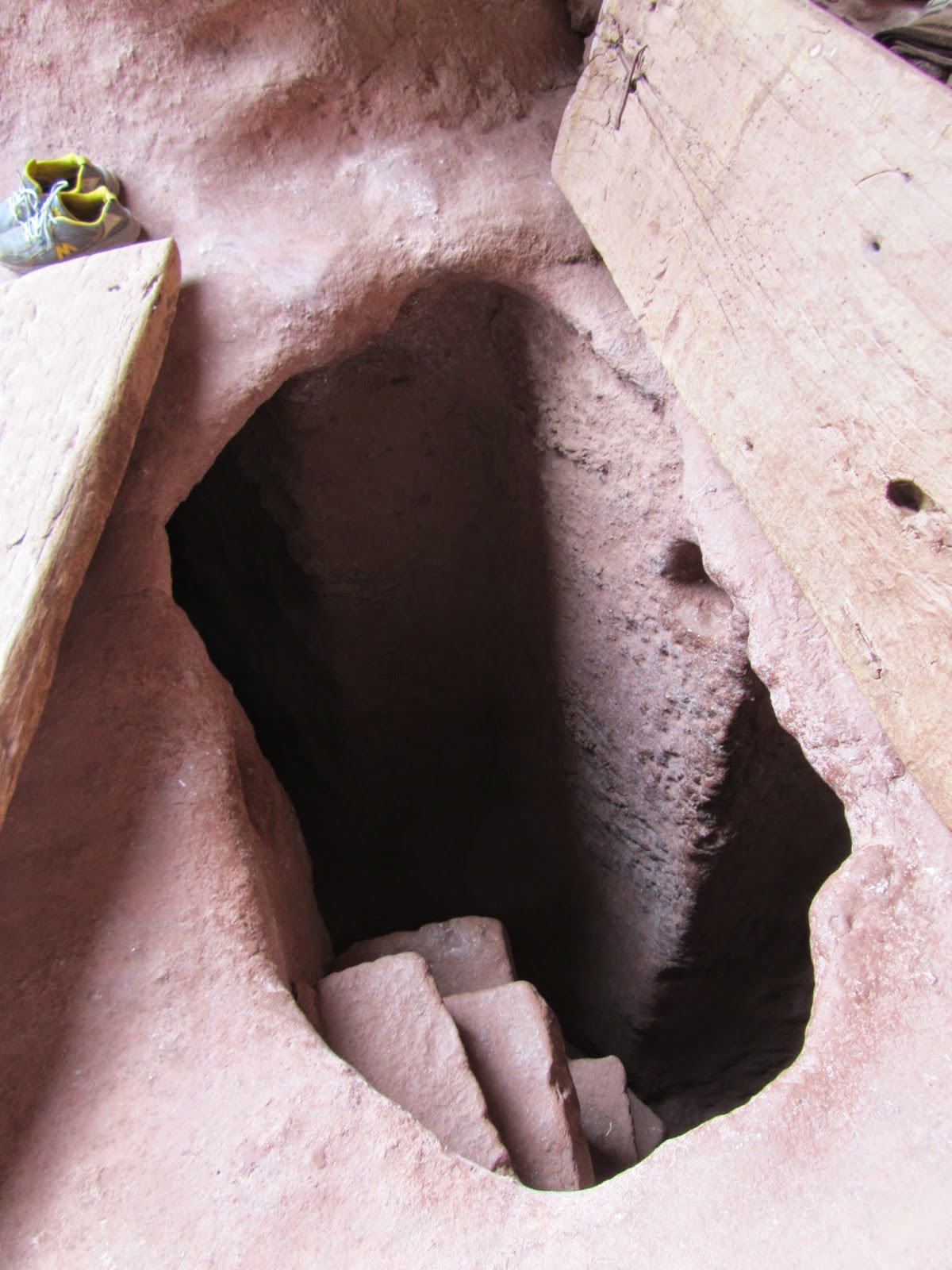 They are dug down into the ground, so that you wind through a labyrinth of tunnels and gulleys from from one church to the next. Each is a living, functioning house of worship, and the singing of the priests is a constant aural backdrop. 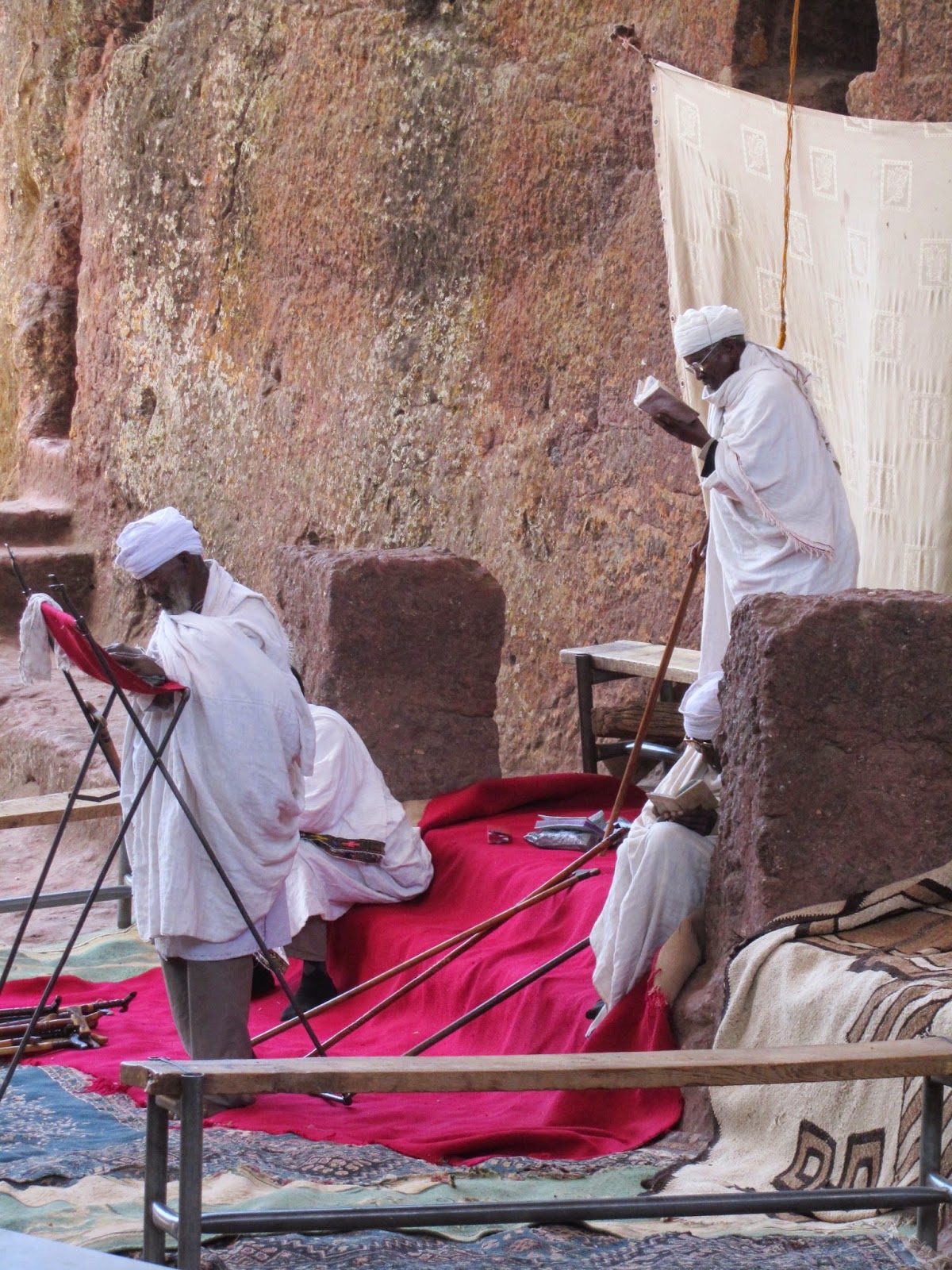 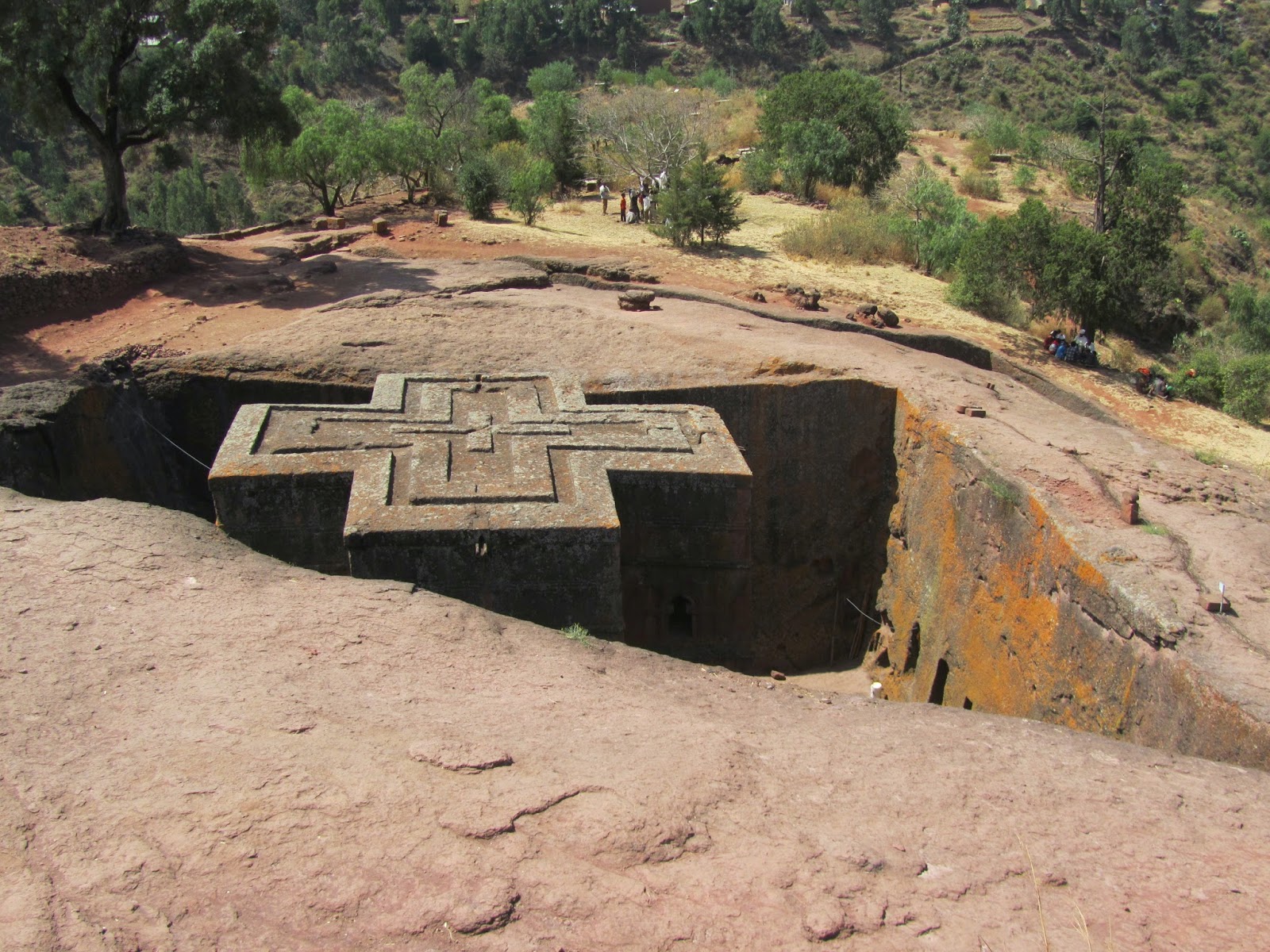 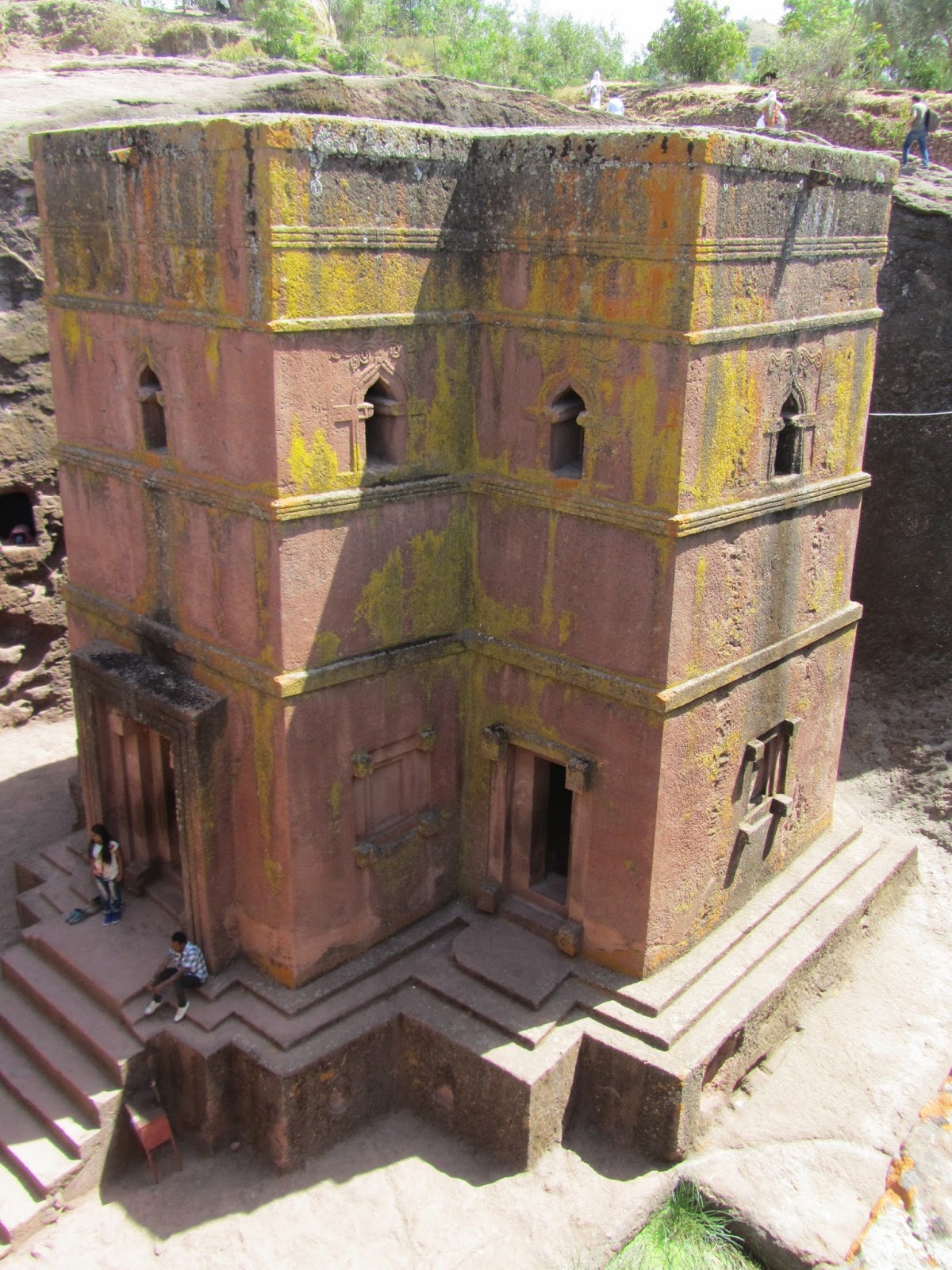 A long period of fighting off Muslim invaders (eventually booted out with the aid of the Portuguese) gave way to a period of stability when Gondar became the capital. Ethiopia flirted briefly and painfully with Catholicism, then booted the Portuguese out too. Successive emperors built palaces within the Royal Enclosure: 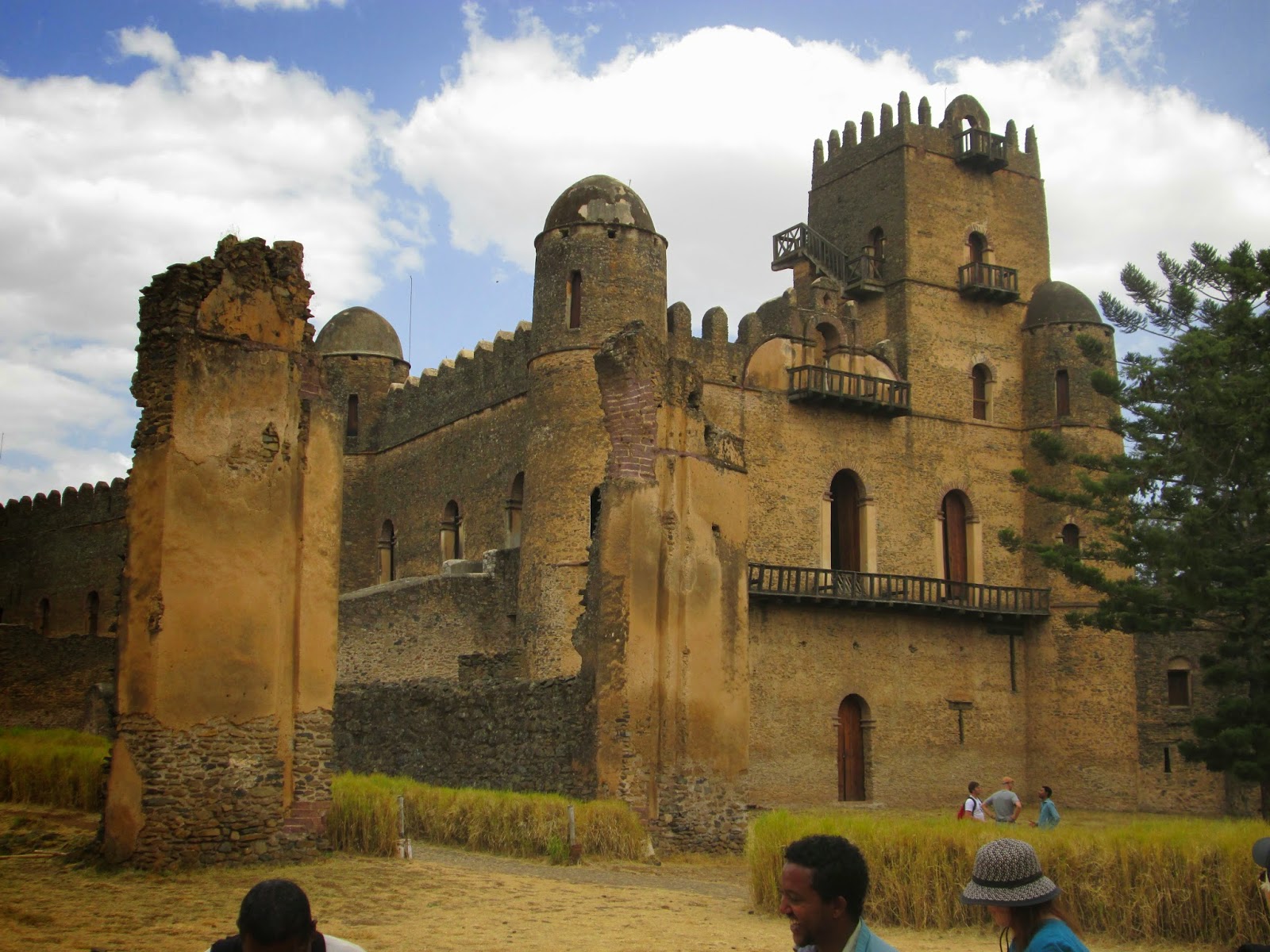 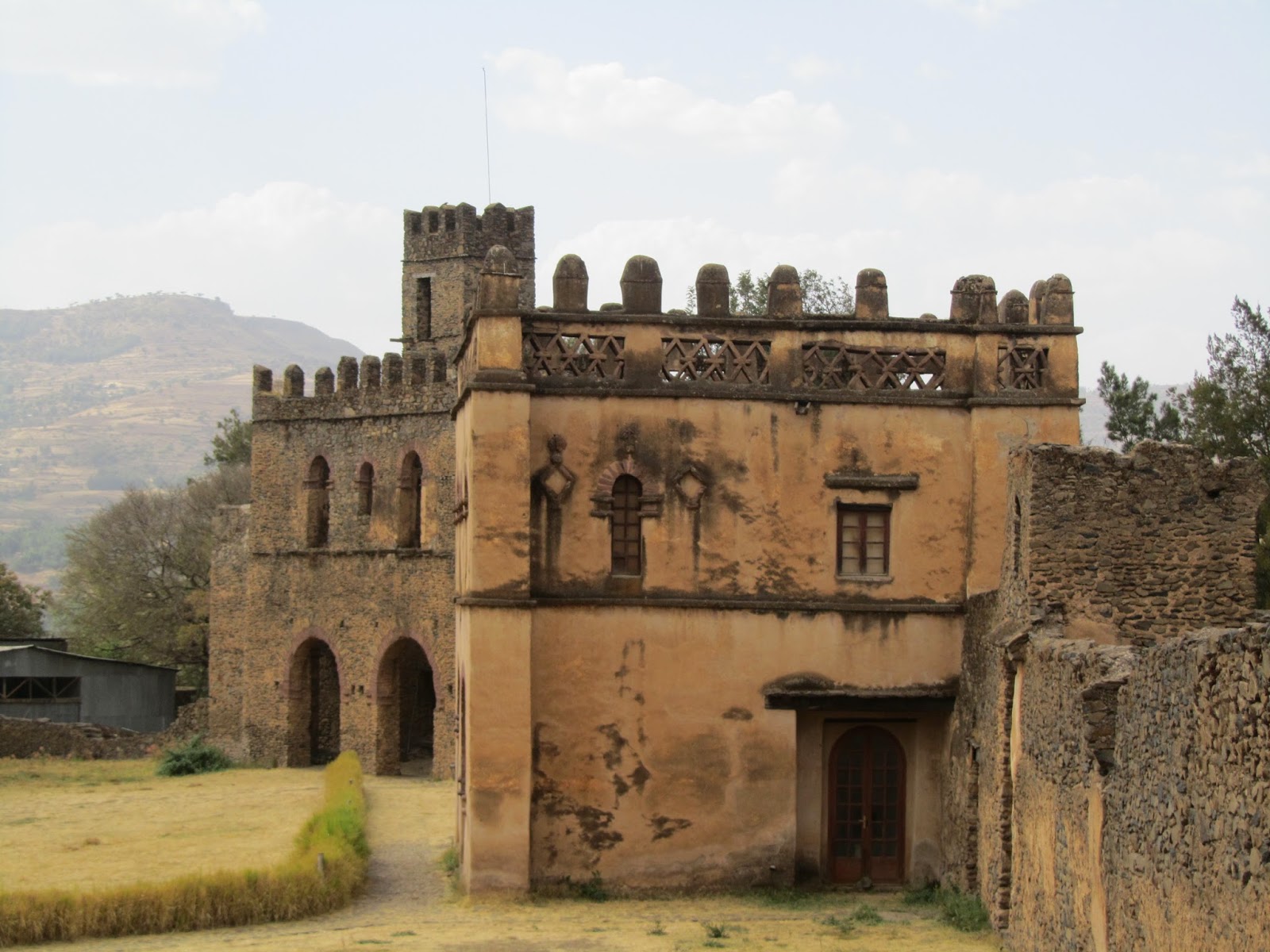 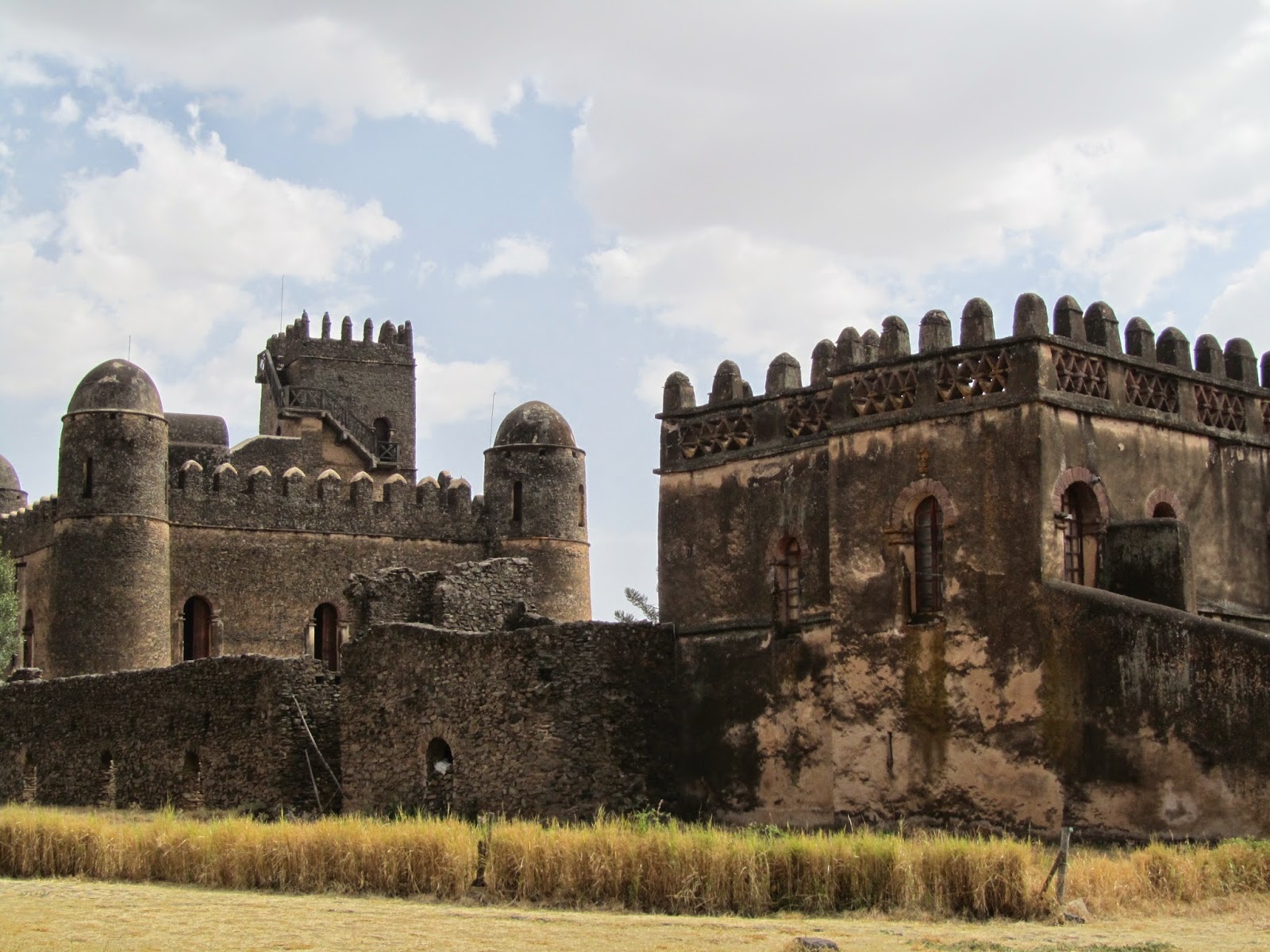 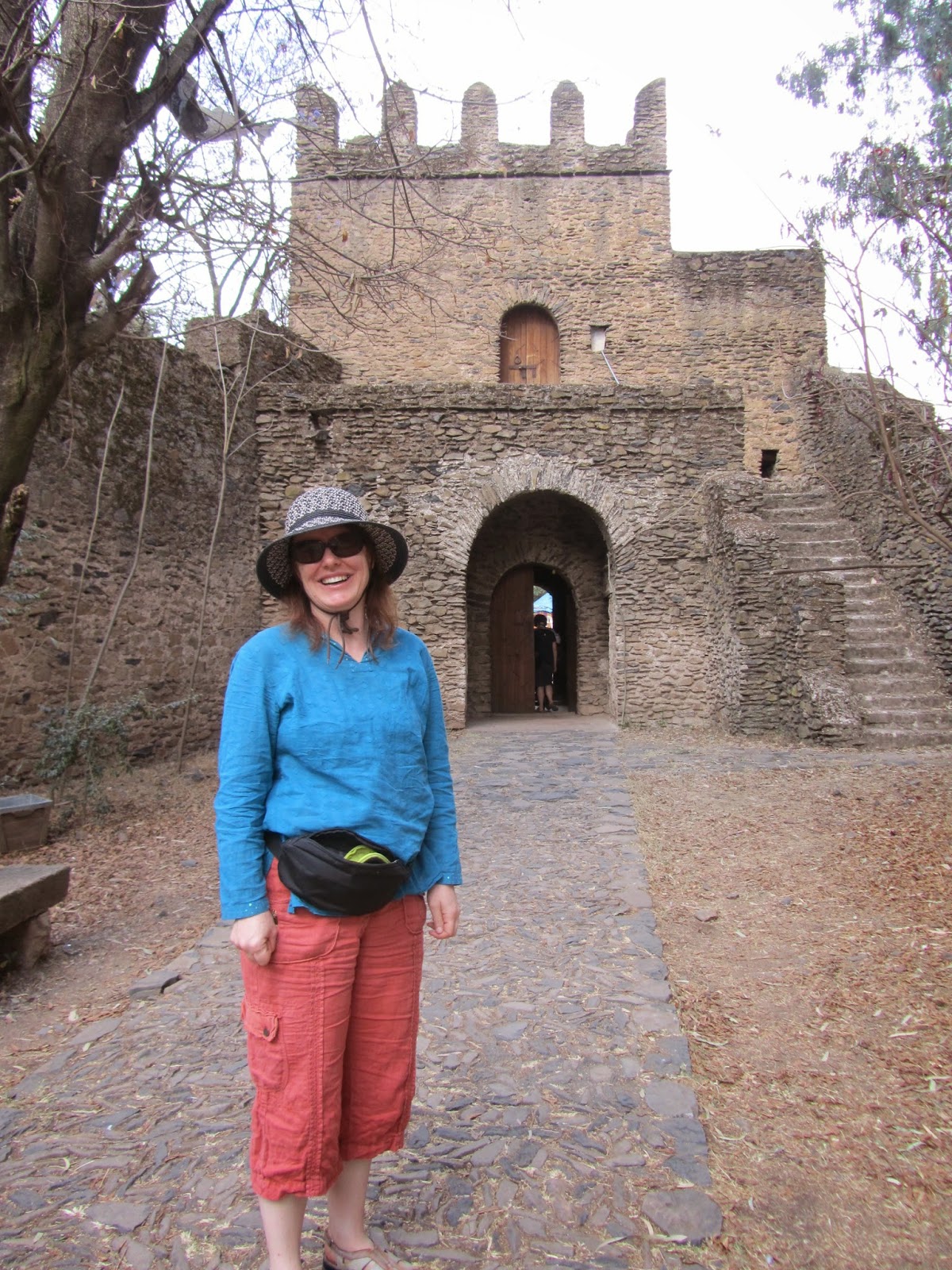 Visiting Gondar was the strangest experience - it felt like I'd accidentally stepped back onto a medieval English Heritage site!

In fact from the 19th Century onward, most of the grand architecture is an unhappy copy of European styles, including a rash of Italian fascist buildings from the occupation.  But I actually like this church in Aksum, built by the last emperor, Haile Selassie (died 1974) 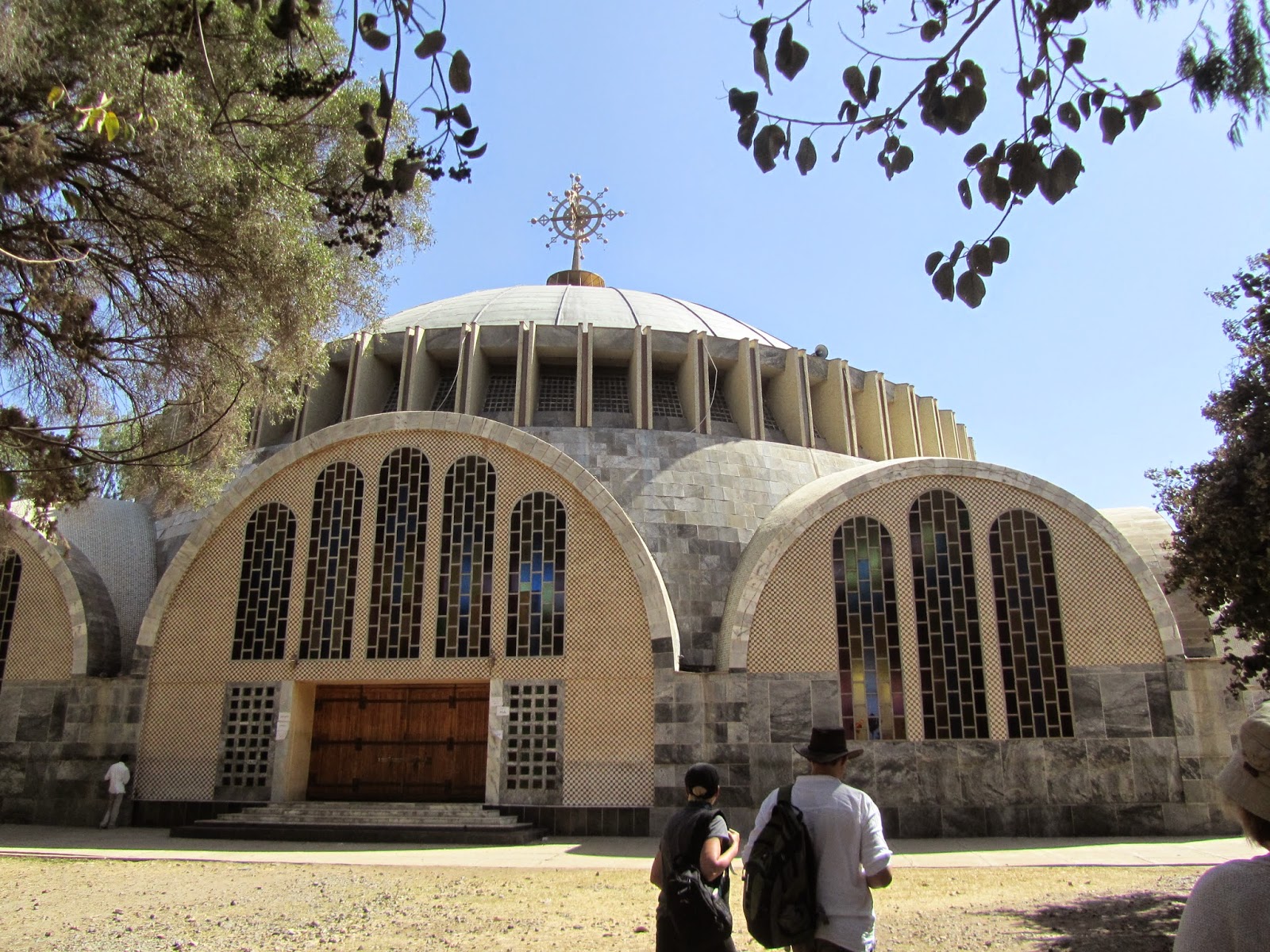 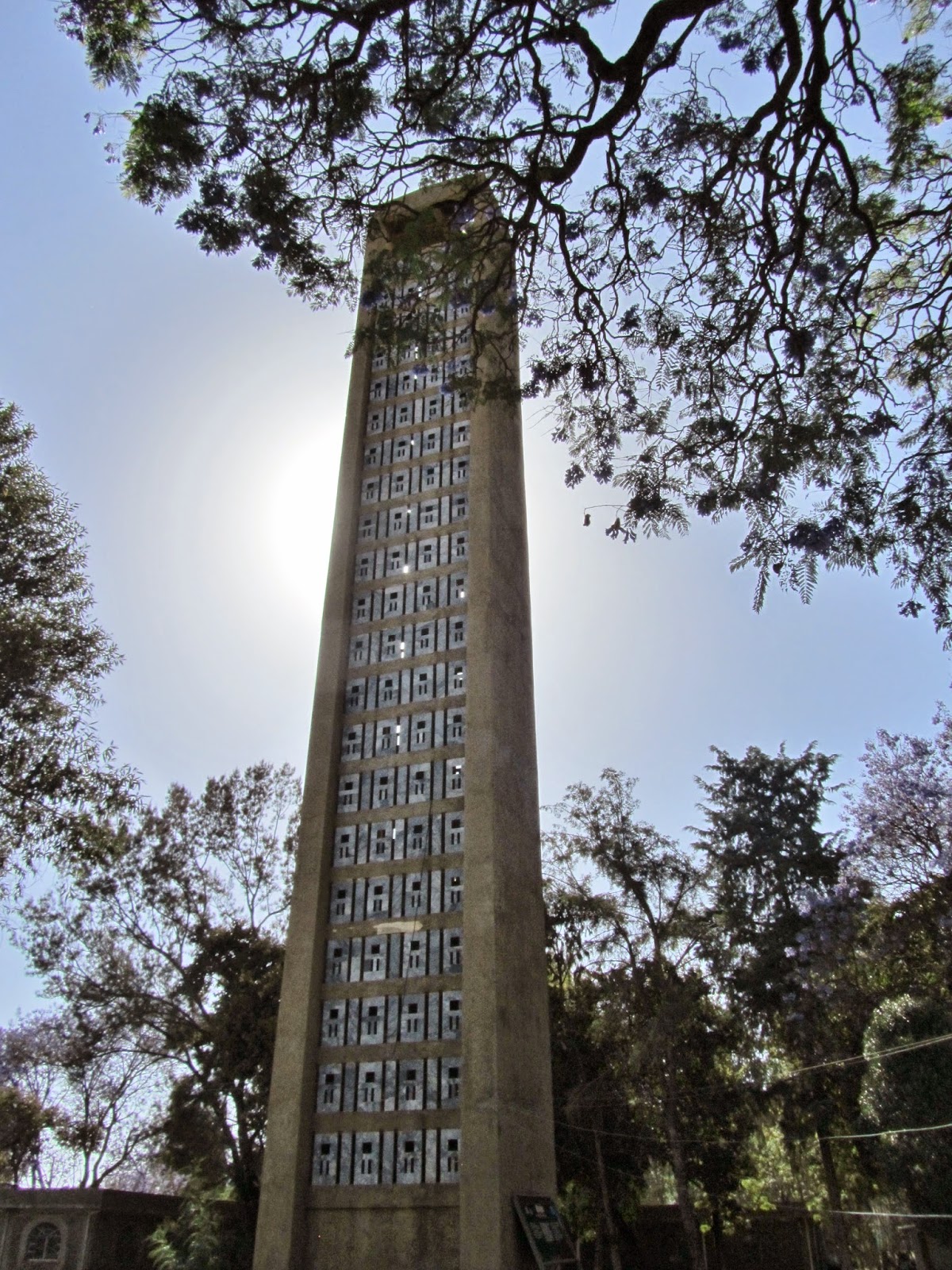 Posted by Janine Ashbless at 12:00

Email ThisBlogThis!Share to TwitterShare to FacebookShare to Pinterest
Labels: Janine in the flesh, travel