Yesterday my Dungeons and Dragons group (3.5 edition in case you're interested, and of course you are) finished off the very final fight in an epic campaign that has taken us around nine years of gaming. 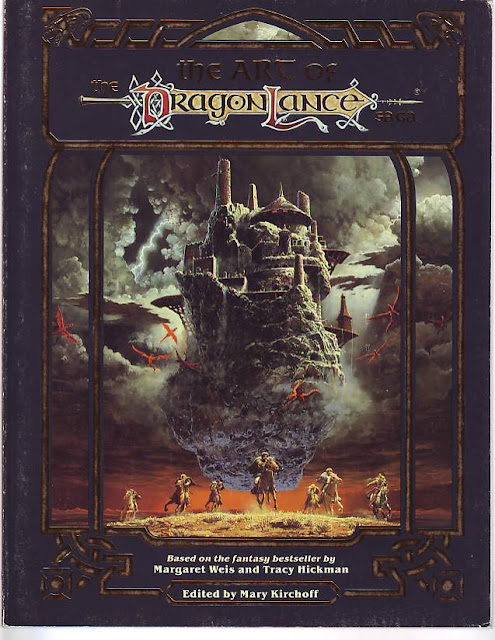 The final climactic conflict  - less than 10 rounds of magic-flinging and slaughter, with each "round" being about 6 seconds in character time, so we're talking about a minute tops in-game - took 14 REAL HOURS TO PLAY OUT.

We won, of course :-) Hooray! The world of Krynn is now safe from the nasty dragons and can go back to peacefully kissing the asses of the returned Gods of Good - who have got over their last genocidal hissy-fit, and decided to forgive us all.

In the real world, a decade's play on this one game has seen us collectively through house moves, new jobs, dozens of exciting new recipes, thousands of bottles of beer, several holidays together, and the DM getting married. We're older, balder, kinkier and [a little bit] wiser than we used to be, but we still bloody argue about rules interpretation. And you know what? I hope we're still doing exactly the same thing in another decade, and the one after that, and when we're all in our dotage. This is friendship.


What do we do from here on?
Well, we start on a Deadlands campaign. Because the only thing more epic than dragons is UNDEAD COWBOYS :-))))
Posted by Janine Ashbless at 16:33

Email ThisBlogThis!Share to TwitterShare to FacebookShare to Pinterest
Labels: geek, not working


I dunno, I'm not sure this isn't one of those nightmares where you think you've finished, and then you find that you've got to do it all over again, only this time wearing a clown suit.

Maybe second time round I'd make my save vs the Confusion spell!

Chris, I am shocked you haven't risen to the challenge and done the maths...

(Not allowing for haste spells).

Awesome. I've run three five year campaigns now and I've had a ball with each of them. We've always been kinky though, and apparently most of my players (average age 40) are also fond of all of that. There were times when people mocked my tentacle fetish and I've teased people about the "you know, since I just had sex with the Dragon God, could I get pregnant?"

But, there is something about hitting that final moment. Glad that it was awesome as it sounded.

Chris, that is the sort arithmetic that I approve of. Which is, frankly,, why I only
GM "Call of Cthulhu" and nothing more complex ...
"It's a monster as big as a house. Of course it kills you."

t'Sade, it was awesome. People who don't play will never undnerstand! (And in that, D&D is a bit like kink too!)