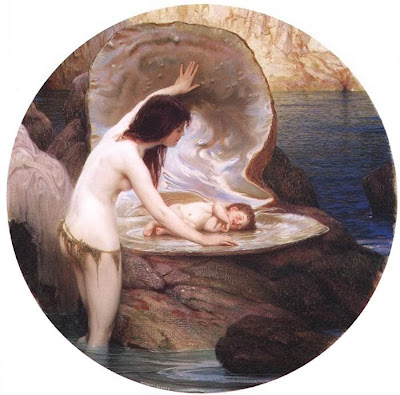 The Waterbaby: Herbert James Draper (1863-1920)
When I did my Mermaids post a couple of weeks ago, I found I had a whole bunch of pictures left over, of sea-nymphs without any fishy characteristics. Although frequently (mis)titled "Sirens" or "Naiads" (because artists didn't bother doing their blasted research first) they are technically Nereids - sea-spirits in the form of beautiful shapely maidens. I suspect the shapely maiden bit was probably the important point as far as the purchasers were concerned. Anyway, here they are for your delectation. Some more Drapers to start with: 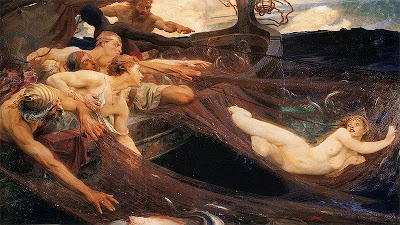 The Sea Maiden
Looks like the start of a story to me... 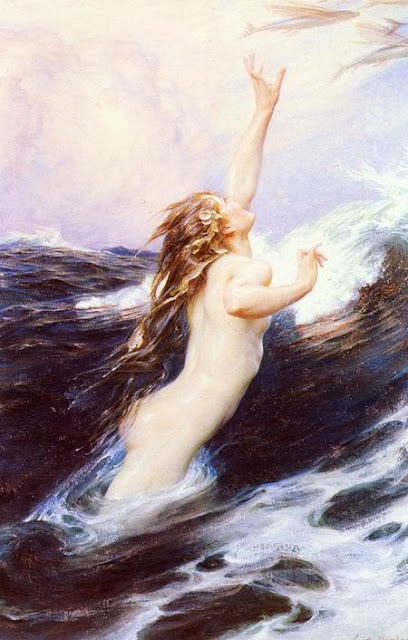 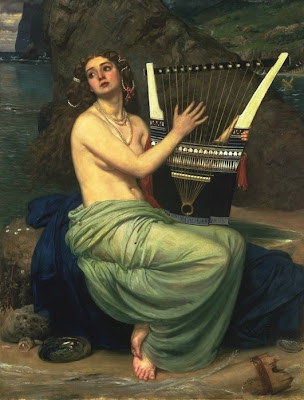 The Siren: Sir Edward Poynter (1836-1919)
Nice lyre. But repeat after me, Sir Edward: sirens are part-bird.
Though I much prefer his attempt at mythological portraiture to this sort of thing: 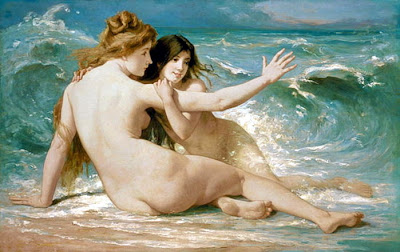 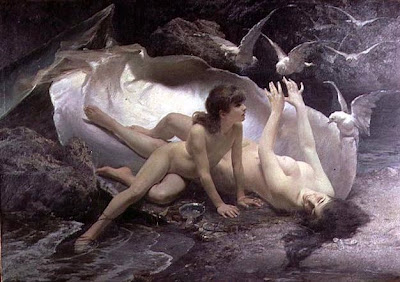 The Naiads: Gioacchino Pagliei (1852-1896)
Much better. Even if naiads are actually nymphs of wells, springs and fresh water ... and shouldn't be playing with sea-gulls. Hey-ho. 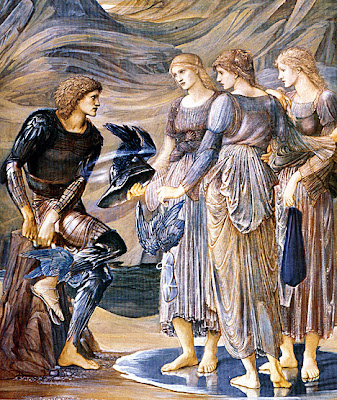 Perseus and the Sea Nymphs: Edward Burne-Jones (1833-1898)
Burne-Jones' sea-nymphs are uncharacteristically modest. But I like the fact they stand around in a puddle. 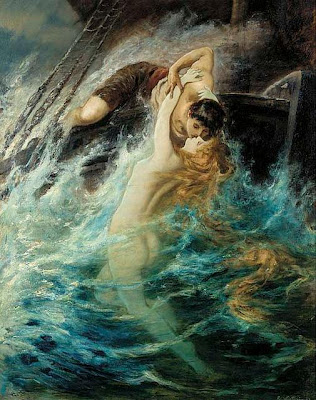 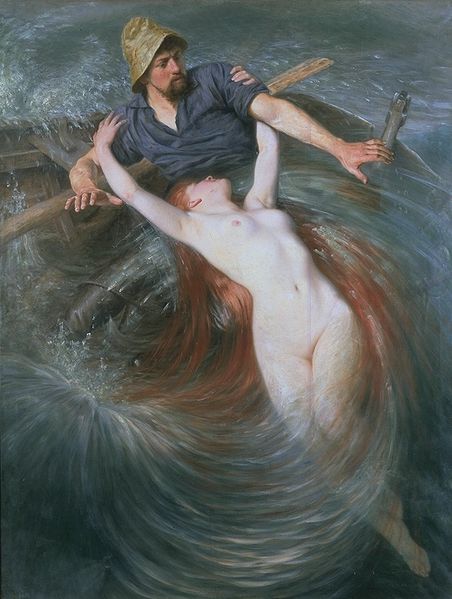 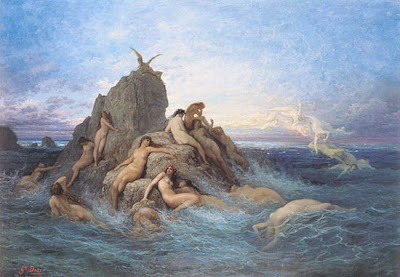 Naiads of the Sea: Gustave Dore (1832-1883)
And finally we're back to Edward Poynter for a picture that epitomises dirty-yet-ultra-respectable Victorian mythological art: 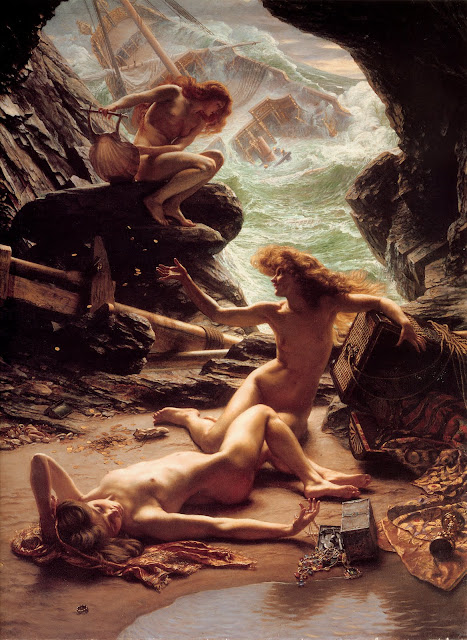 I've always loved leftovers, Janine, and these are no exception.

"Cave of the Storm Nymphs" has me ready to get dashed out on a rock. Love "Flying Fish" too.

These big posts take hours to prepare, but it's so nice to share the images that inspire me!

What beautiful pieces of art! Thanks for sharing--definitely inspiring :)

You're not wrong about the shipwreck. I need to go lie down in a darkened room now.

I didn't know 'Cave of the Storm Nymphs' - wonderful pic, very dense narrative in there... and an interesting article. Thanks for the post!

Janine, I love how you spend your time! Your comments on these are always fun too. And yeah, "Cave of the Storm Nymphs" was pretty damn evocative. ;-)

I always feel like I'm getting some culture when I look at these posts. You should teach art history!

Heh. "And today, class, we will be looking at hot mythological babes." :-)
Do you think that'll go down well with the local education authority?

Thanks for all the kind comments, folks!

Some nice paintings I hadn't seen before. The Cave of the Storm Nymphs is owned by Andrew LLoyd-Webber!