Something different today, as instead of an excerpt, I give you my review of Cautionary Tales by Emmanuelle de Maupassant 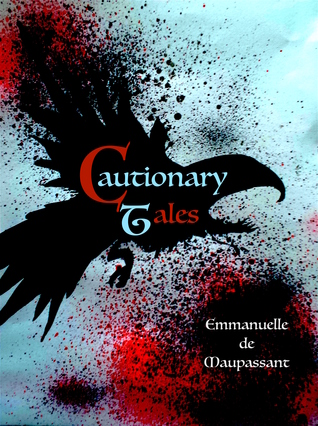 First, a disclaimer.
I made a decision when I started writing never to review other authors' erotica, for several reasons:

BUT I'm breaking my promise and making an exception here for Cautionary Tales because although Emmanuelle is a fellow smutwriter, THIS BOOK IS NOT EROTICA.

Not as the rest of the genre recognises it, anyway. It's Faux Folk-story. A set of twelve shorts based on pagan Slavonic traditions, simply and lyrically told. You could totally believe they were collected in the eighteenth century from gnarled and filthy-minded old peasant women sitting in huts at the edge of wolf-haunted forests.

That's not to say these stories aren't bawdy. There's lots of sex in them:

The mystery guest surveyed the circle of inviting rumps. He'd sample them all, but where to begin?

Here was one, skirts raised the highest, and bending over eagerly. Pretending to adjust her garter, he could just glimpse her cunt dew-slick: plump pillows waiting for his head, Hands upon her ample hips, the demon nudged its nose between her cheeks, and snuffed at her mackerel slit.

"Fish for feasting," it declared, and began its supper, breath hot upon those fleshy gates.

"Oh my grandmother's teeth!" cried out the girl. The creature's agile tongue slid within, And what a tongue! As thick as a man's member and so very long, each delving slurp near knocked her off her feet.


But unlike the standard erotica genre, the tone of these stories is not sex-positive. This book does what it says on the tin. These are good old-fashioned tales of transgression, and the horrendous supernatural punishment meted out to those guilty of indulging such vices as laziness, deceit and greed. In fact each separate tale is explicitly present as a warning: "... Against Envy" or "... Against Lechery" etc. The conceit that holds the collection together is that these stories are narrated by the disembodied Dead, watching the wicked ways of the living and finding fault in us all. The collective narrative voice is embittered, judgemental and yes, salacious - dwelling on the bawdy detail but only to condemn it. 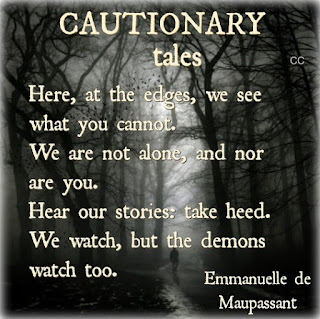 It's deliciously dark and misanthropic, closer to horror than modern erotica. Sinners frequently get gobbled up in all senses of the phrase :-) Of course, these dire warnings and over-the-top punishments serve only to heighten the reader's pleasure in the transgressions depicted, because this is not fiction where you are supposed to identify with the characters, this is storytelling in the old sense where you never quite forget that you are listening to a story, and you enjoy it all the more for your sense of safe distance.

Or at least you think you are safe, until you walk away from the firelight... 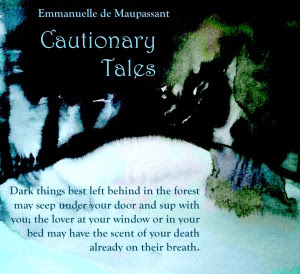 The traditional Russian / Slavonic setting - with frequent nods to the food, festive calendar and supernatural terrors thereof - is worked in extremely well, creating a sense of human civilisation as an outpost of light and order at the margins of an illimitable ancient forest of chaos and danger. The stories are both satisfyingly familiar (as fairy stories should be) and unsettlingly strange. They are cruel. They are nihilistic. They cut no slack for human failings or human nature:

"A moment's temptation takes us on a wrong path.
On that path may lurk foul fiends
inhuman, yet feeding, needing
all our weaknesses"

say the narrator ghosts, yet they offer no glimpse of a hopeful alternative to lust and greed and selfishness. They might be able to see the hell lurking around us, but they have no glimpse of heaven.

The only possible criticism of this book I can imagine is that the stories all have a very repetitive rural setting and pace - they're all very similar to each other. There are no broader horizons, no palaces or Tsarinas or quests. But this claustrophobia is also a part of the collection's strength. Any story too different and it would dilute both the dread and the sense of illicit, queasy pleasure. This book sets out to taint and contaminate the reader, and I do mean that in a good way. And goodness me, is it well-written! I love the umbrella conceit, and the way the prose-poem of the restless dead at the start is threaded back into the narration of the individual stories. This works brilliantly.

Five thumbs up to Emmanuelle and her incredibly original and creepy collection:

Amazon UK :: Amazon US
Posted by Janine Ashbless at 12:36

Janine - how very lovely you are. xx
I'm delighted that my dark tales crept under the covers with you.
Thank you for this beautiful review.