I went to an open Imbolc ceremony last night, which was quite lovely if EXTREMELY COLD.


I'm not a pagan, of course. I'm a pantheistic materialist ("tingly atheist", ahem), but there is a part of me that loves neo-pagan ritual and feels right at home there. The focus on and the connection to the earth, the seasons, the weather, the landscape, and for living nature, is something that I plug straight into. The tropes (north/south/east/west : earth/fire/air/water : body/will/intellect/emotions etc etc) make easy symbolic sense to me, even if I'm not buying into any of the gods. 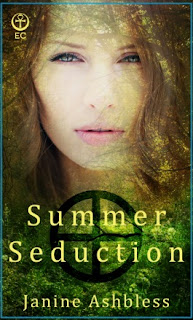 Because the pagan/natural cycles are woven into my Lovers' Wheel series, I thought I'd take a look at the four great Celtic quarter days, the most important festivals of the neo-pagan year.

IMBOLC (from oimbelc "in the belly") is celebrated on February 1st/2nd. It falls between the Winter Solstice and the Spring Equinox and is a rite celebrating the first visible arrival of Spring; the return of new life to the seemingly dead land. In historic times it seems to have been associated with the pastoral calendar in particular, marking the coming-into-milk of the ewes and the birth of the first lambs. 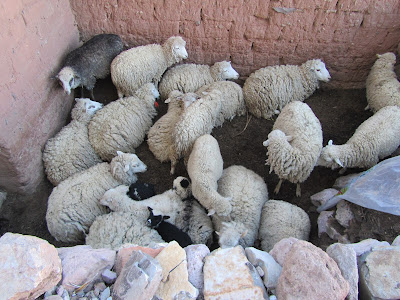 It was also the day that snakes were supposed to wake from their winter torpor, and that bears were said to check upon the weather before coming out of hibernation (or not ... good weather was said to be a harbinger of more snow) - which is exactly why it is now Groundhog Day in the USA. If Candlemas be fair and bright,
Winter has another flight.
If Candlemas brings clouds and rain,
Winter will not come again
(English proverb)

It's a fire/light ceremony, rejoicing in the returning light, strongly associated with the imagery of a young woman or girl, dressed in white, carrying a candle or torch. Pagans view this as the Goddess in her Maiden aspect, because this is the moment the black-clad crone of Winter turns into/gives way to/is reborn as the Maiden of Spring.

February 2nd is Brigid's Day: in old Ireland this was when the great goddess Brigid or Brigit (poetry, fire and smiths, healing, brewing, fertility, midwifery) would be invited into each house.

February 2nd is also known as the Feast of the Purification of the Virgin (40 days after the birth of Jesus, when she presented her Son, "the light of the world" and "a light unto the gentiles" (Luke 2:32), at the Temple), and, as you can see from the rhyme above, Candlemas, because it is the day candles are blessed for use in the church, year-round. 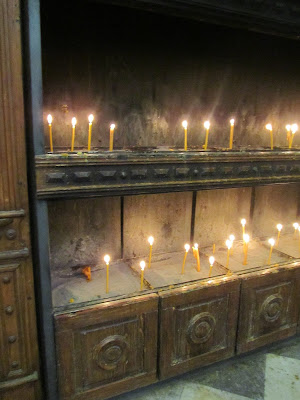 Why's that? Well, in Romano-Greek ritual it was the time that the young goddess Persephone returned from the Underworld, bringing spring to the world. Here's Pope Innocent XII on the subject:


Why do we in this feast carry candles? Because the Gentiles dedicated the month of February to the infernal gods, and as Pluto stole Proserpine, and her mother Ceres sought her in the night with lighted candles, so they, at the beginning of the month, walked about the city with lighted candles. Because the holy fathers could not extirpate the custom, they ordained that Christians should carry about candles in honor of the Blessed Virgin; and thus what was done before in the honor of Ceres is now done in honor of the Blessed Virgin


So - along with Christmas itself - Candlemas / Imbolc seems to be the one of the strongest and clearest cases of Christianity appropriating pagan ritual into the church calendar.

After all, we all long to see the return of spring...
Posted by Janine Ashbless at 21:47

Email ThisBlogThis!Share to TwitterShare to FacebookShare to Pinterest
Labels: Lovers Wheel, not working, The Wheel of the Year

There's an Irish/Scottish tradition that tracks Bride (who is Brigid by another name really) and her hunt for her kidnapped betrothed. While a lot of it has the common themes you've identified, the King of Summer, lends his aid against the kidnapper who is the King of Winter, and gives Bride three summer's days, which is why we often get three warm days at this time of year (well we used to) and snow drops are, depending on which version of the legend you follow Bride's tears, the blood from her betrothed's wounds, or the blood of the King of Winter's warriors that she defeats as they flee his court.

The King of Winter gets his revenge, with the three cold, wet days we have at the height of end of August. He now has a sense of humour and sends them on August Bank Holiday weekend!