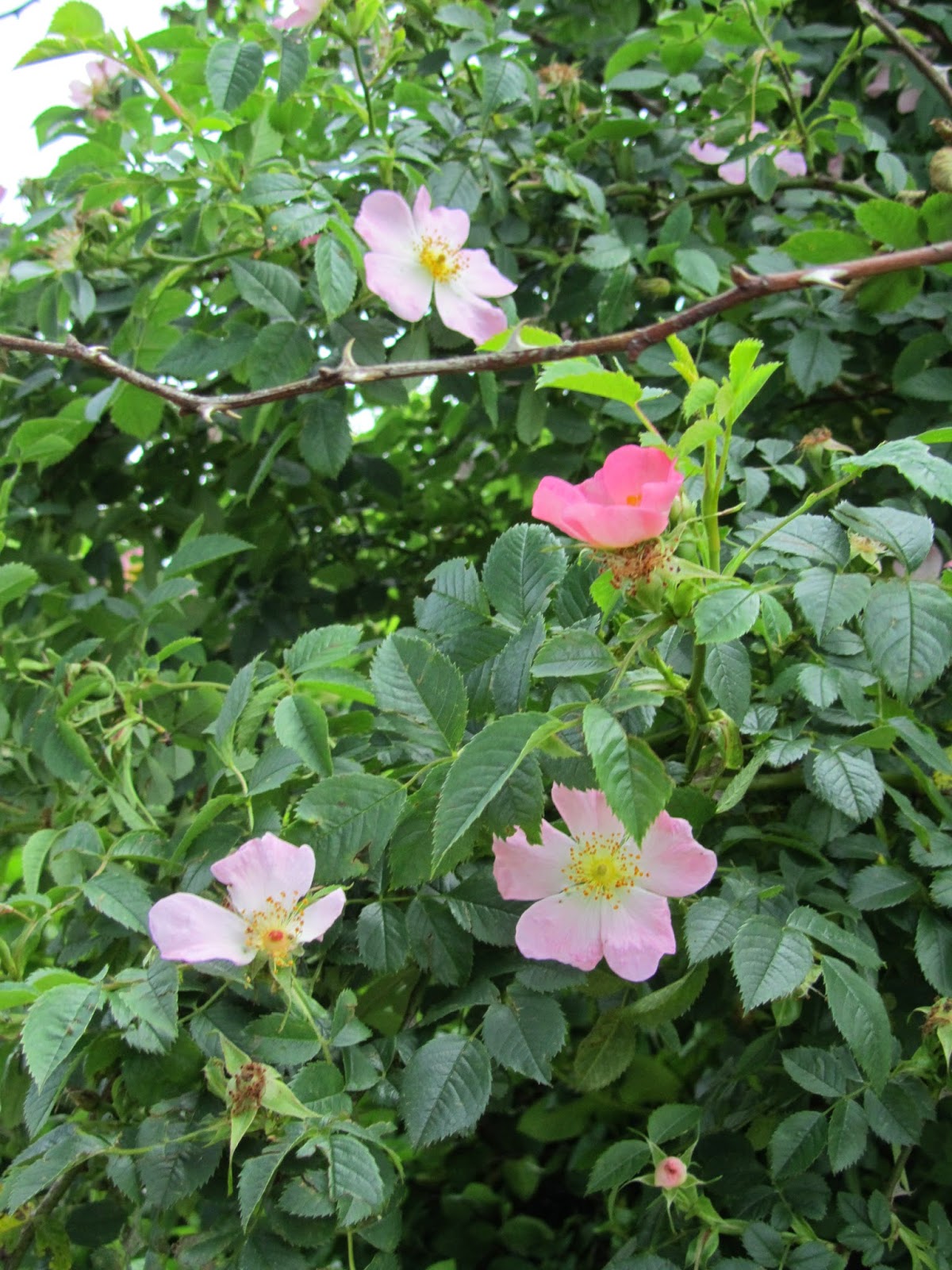 Well, I wouldn't fill childrens' hands with June wildflowers, not unless I was feeling particularly sadistic. By midsummer the flowers in our gardens may be still going strong, but out in the wild most of the plants are giving up on the pretty stuff and are concentrating on photosynthesis. By mid-June everything is GREEN.
And mostly determined to hurt you:

There are exceptions of course - the dog rose (top) is flowering in the hedges, and brambles are blossoming too: 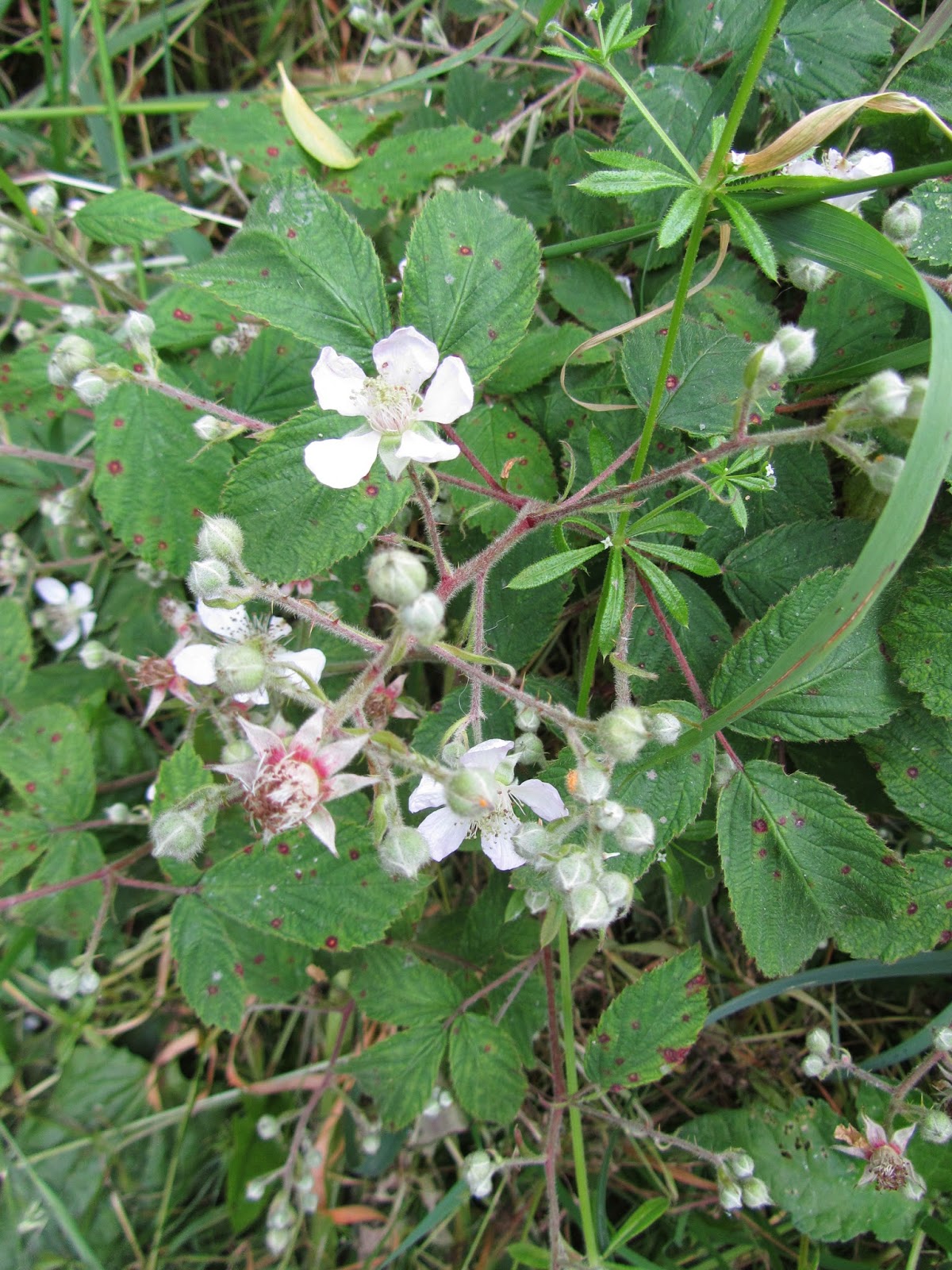 They're both a bit prickly to pick though.
There are foxgloves in the semi-shade... 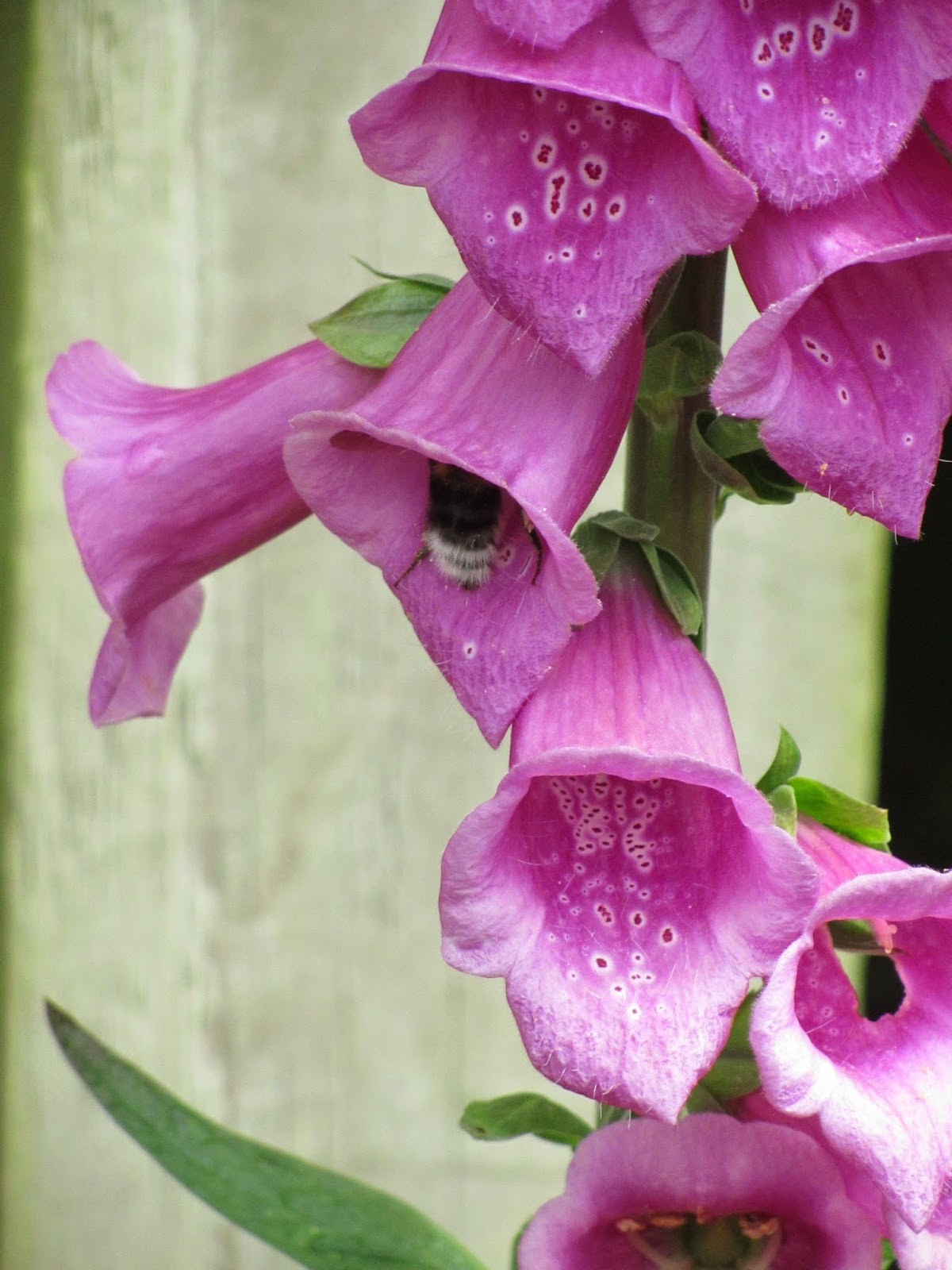 But they're deadly poisonous. Not junior posy material. What safe flowers can we find? 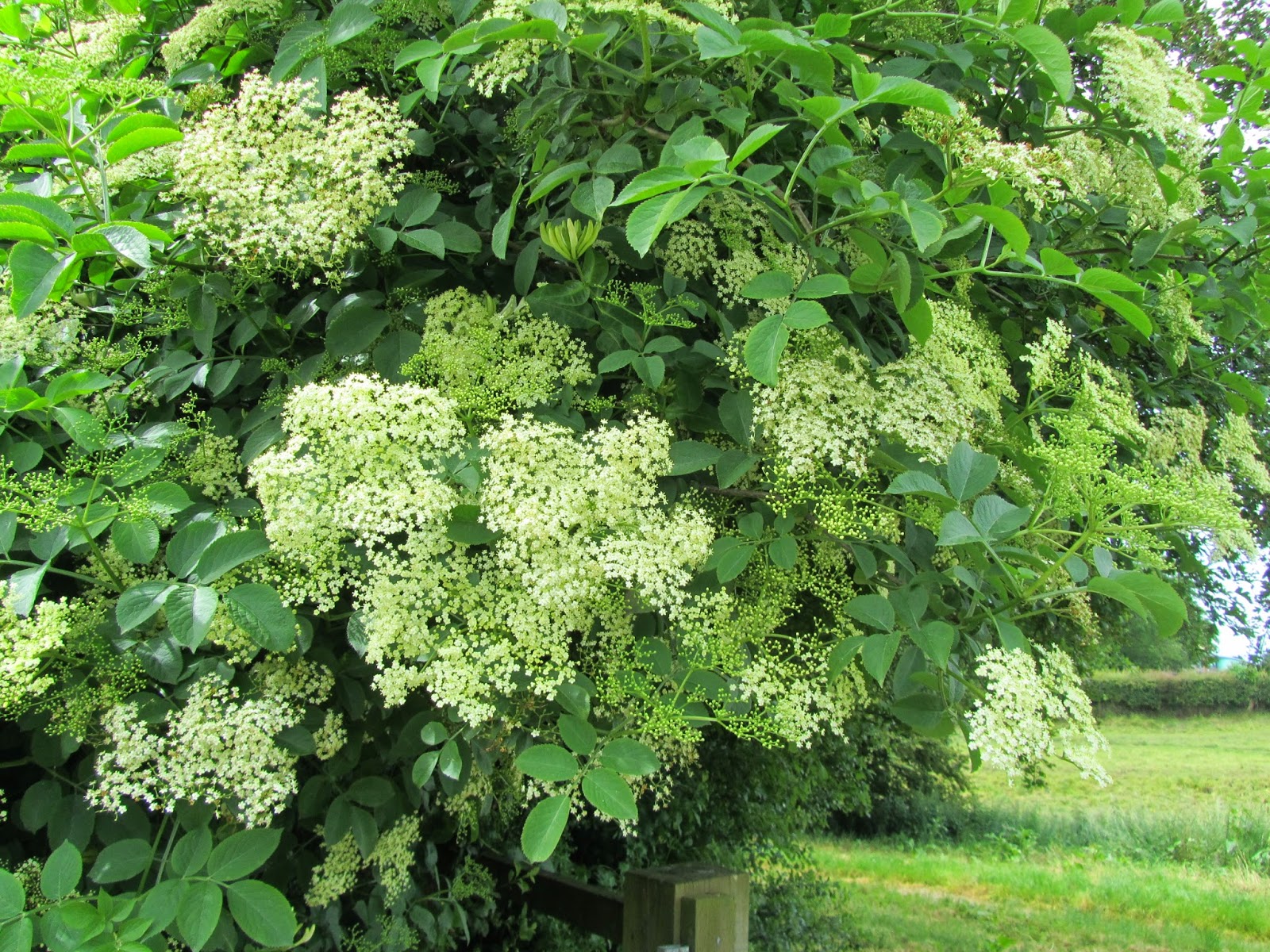 The lovely little elder is (next to the hawthorn) the most magical, malign, superstition-laden tree in the British Isles. It has many herbal and culinary uses, but the wood smokes and spits and squeals when it burns, and if you put it in your hearth it was said that the Devil would come and sit on your chimney! Witches were said to be able to take the shape of elder trees to disguise themselves. It was credited as being the tree used for the crucifixion, and also the tree from which Judas hung himself in shame, so it was accounted incredibly unlucky. And if you cut one down you had to apologise to it first, or else the Elder Witch would take some horrible revenge like causing you to cut your hand off.

I use this legend in Named and Shamed, actually - there is a horrible Elder Witch, and my heroine Tansy makes a very unwise bargain with her...

'See?' said Aaron. 'You make her a present and she gives you a wish.'
I could hear some of the kids chanting as they skipped rope on the grass nearby:


Bour tree, bour tree: crooked wrong
Never straight and never strong
Always bush and never tree
Since the Christ was hanged on thee.
A Christian gloss on a much older warning, I thought. 'Hmm,' I said, noncommittally. I didn't want to offend the man. Or the tree.
'Go on.' A lock of my hair swung down across my face as he reached up without warning to my temple, pulled out the hairclip there and snapped it over a twig. My mouth fell open. Aaron grinned. 'Make a wish.'
The hairclip was a cheap one with a white fabric flower on it. Even if it had been silk and diamonds, I wasn't sure it would have been wise to snatch it back. Gifts to the Old People should never be resented.
I made myself relax again. 'I don't need to. Mine's already come true,' I said, letting him know I could be just as cheeky and forward as he was.
His eyes held mine, dancing. 'Take a flower then.'
I lifted an eyebrow and sought out one of the white clusters with my hand. 'Give me of your wood, old girl,' I said softly. There are traditional formulae for turning aside an elder's malice, and that's one of them. 'And I'll give you mine when I grows into a tree.'
'Ah,' he said, eyes narrowing; 'you're a smart 'un.' 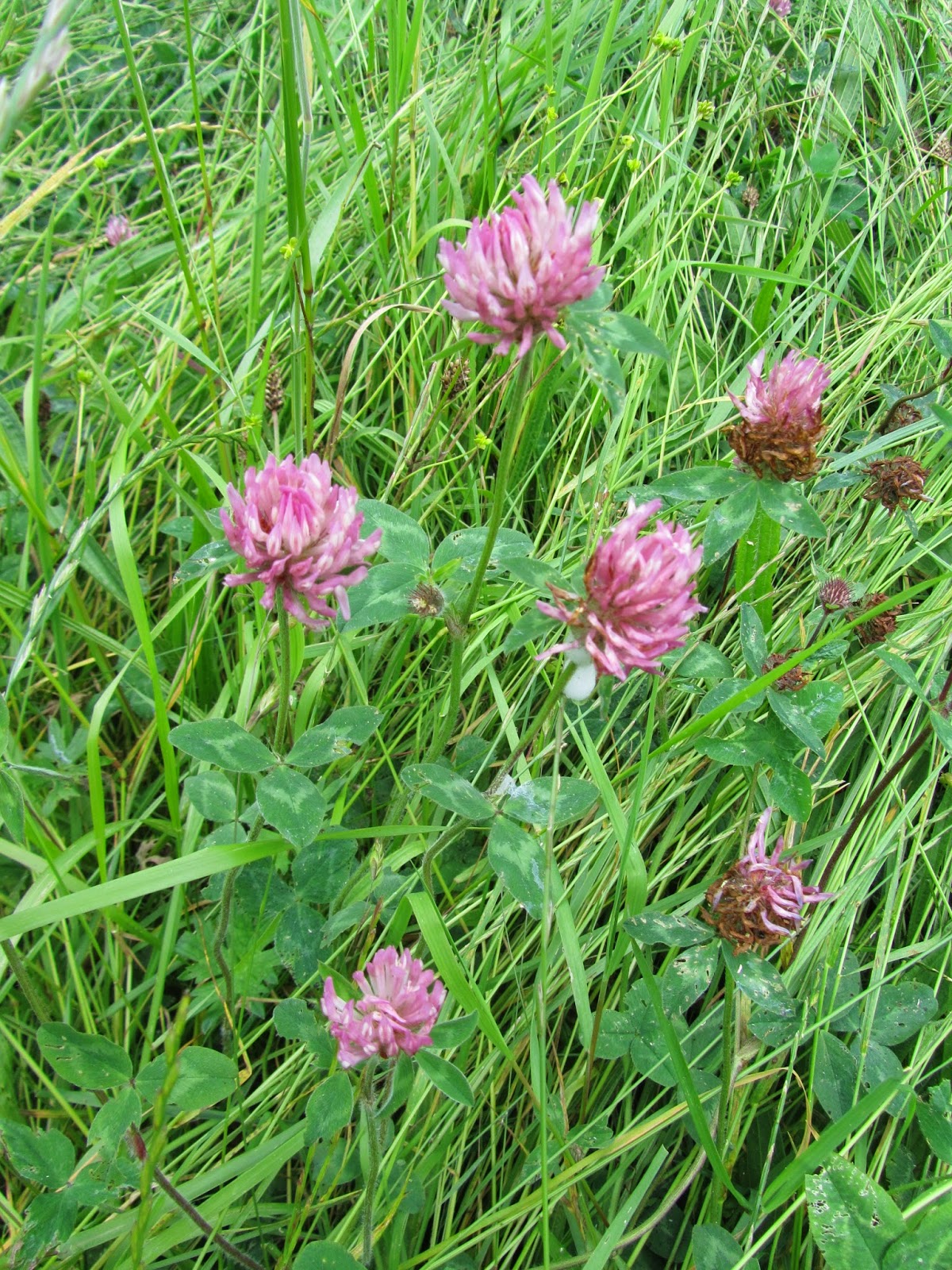 More happily, June is also the time of the hay-harvest, before the grass seeds are mature and while the leaves have greatest nutritive value. 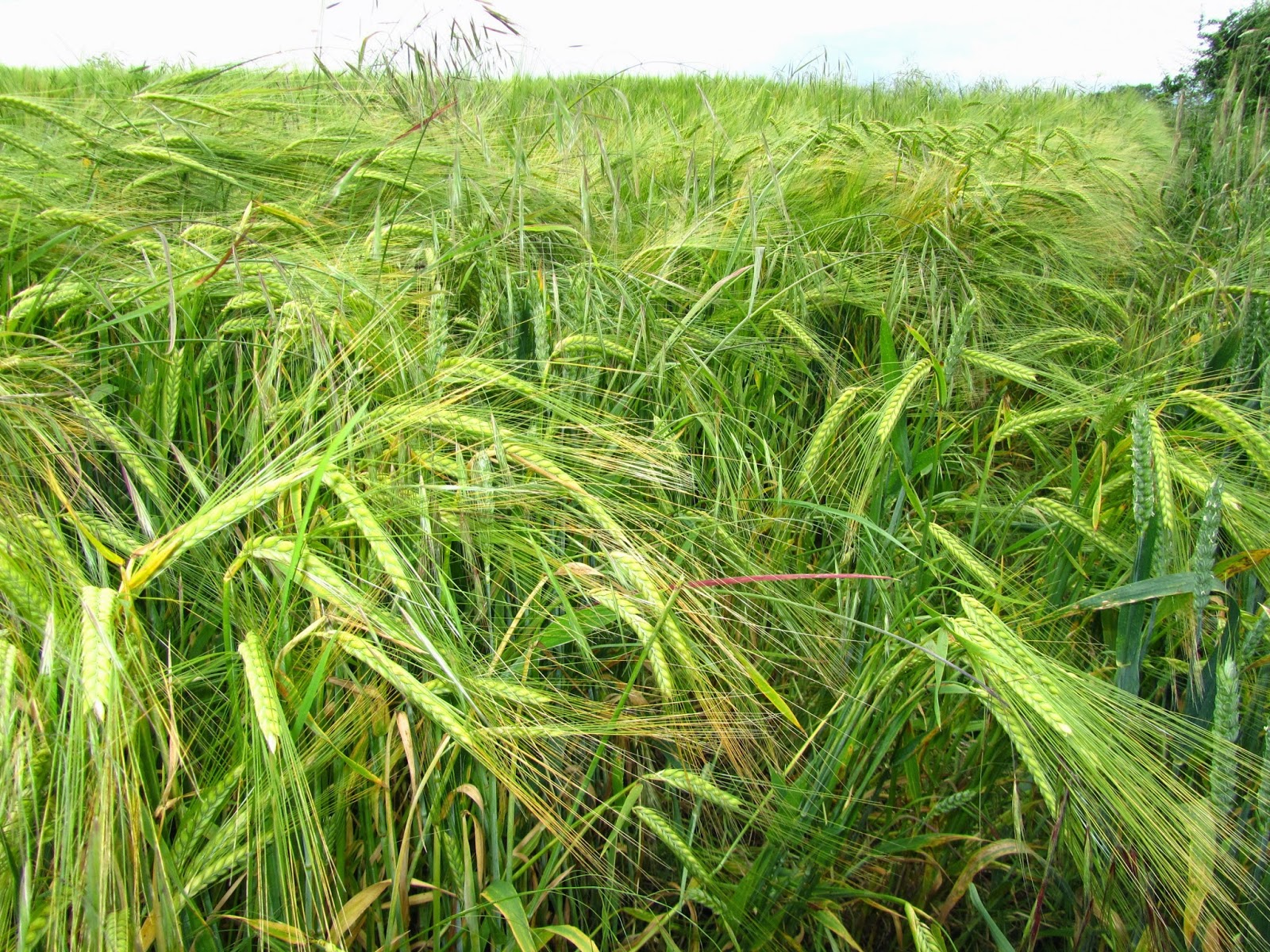 But the cereal crops are unripe still - and incredibly vulnerable to rain, wind and blight. Midsummer rituals celebrated the highpoint of the sun and the longest days, but also had a protective purpose because the entire food supply for the coming winter could be devastated at a stroke by the gods. It was also the time of year raiding parties were most likely from your (equally agrarian) neighbours, who'd have finished the spring planting and been twiddling their thumbs awaiting harvest too. So traditional Midsummer festivals often featured bonfires which were used to bless crops and animals and people alike.

So be afraid. Be very afraid... and it's not even winter yet!

Posted by Janine Ashbless at 17:07

Email ThisBlogThis!Share to TwitterShare to FacebookShare to Pinterest
Labels: excerpt, Named and Shamed, phenology, The Wheel of the Year