Body horror and the Empress Danrin

WARNING: some of the pictures further down this post are fairly gruesome and disturbing. 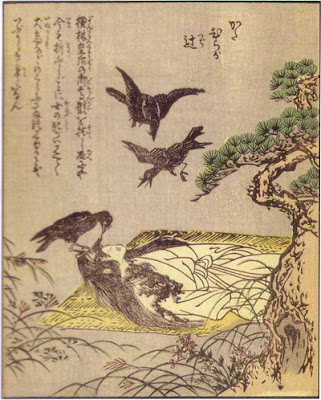 I'm finishing off a horror story this week, and one of the weird places my research has taken me is to the story of Tachibana no Kachiko (died 850 CE) a powerful Japanese noblewoman also known as the Empress Danrin. Her legend gave rise to a whole school of erotic/horrific art.

The Empress was a devout and influential Buddhist, but also extremely beautiful. It bothered her no end that all anyone thought about when they met her was falling in love ... or trying to get into her knickers. So she left orders that when she died, her body was to be exposed on the roadside in Kyoto so that anyone passing could see her putrescent corpse, and come to an understanding of the vanity of attachment to material beauty. This caused such a sensation that depictions of the Nine Stages of Decomposition (and poetry about it!) became all the rage in Buddhist schools, and quite fashionable between 13th - 19th centuries in Japan. They start with the living (but languid) woman and show the progression of decay all the way down to fragments of bone.


The Buddhist discipline of mindfulness of death (one's own, and that of all other beings) is known as Maranasati. In theory contemplation of such Kyuaizu ("Nine Signs") pictures was quite high-minded, but in fact there emerged an eroticised element bordering on necrophilia. The subject of these paintings was not always the empress, but always a beautiful woman (never a man) and often a courtesan, shown naked and appealing in the first stages. Don't fool yourself that Buddhism is any less misogynistic than other religions: there was a strong moral undercurrent of "look how disgusting women's bodies are really, young art-lover - don't you fall for their sexy wiles!"


Here is a set of Kyuaizu showing the body of famed courtesan Onono Komachi. They are apparently pretty accurate and likely to have been drawn from an actual model. 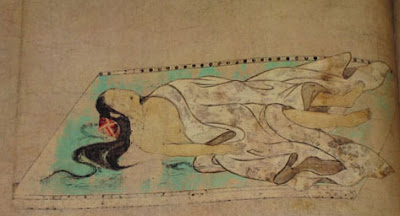 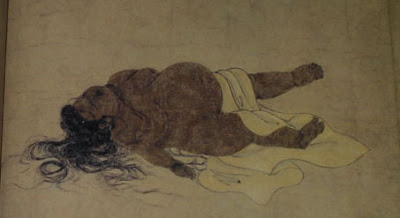 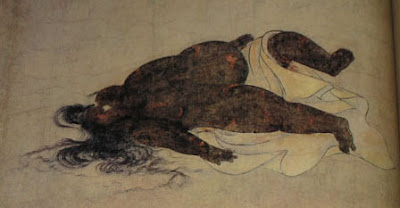 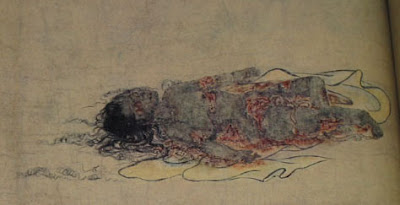 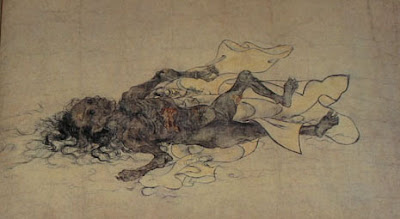 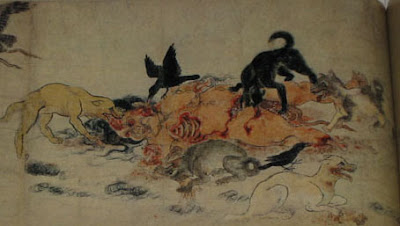 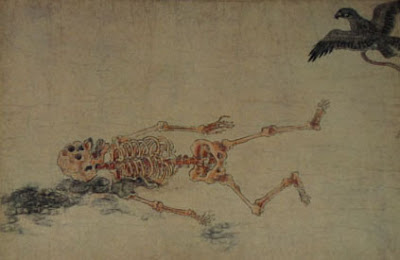 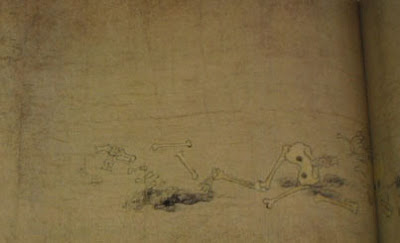 And now you can go and have dinner...
Posted by Janine Ashbless at 23:01

I am really looking forward to where your horror writing career goes...

I've actually got a third share in a collection coming out later this year ... My horror career is seeing a resurgence, rather to my surprise!