So after a few days in Montenegro, I moved on to Bosnia.


Bosnia and Herzegovina was also part of the former Yugoslavia federation, of course, and was the area worst-hit by the appalling civil wars and genocidal slaughter of the 1990s. Nowadays it is divided administratively between a Serbian (Orthodox) area, and a Bosniak (Muslim) + Croat (Catholic) area. Politically it's in a sad way - religious tensions, corruption, lingering war-damage both physical and mental. But our Bosnian guide was optimistic that things will improve as the younger generations slowly take power from the entrenched old guard. Here's hoping.


I actually found Sarajevo one of the most beguiling cities I've ever been in. Here's the old Ottoman trading area: 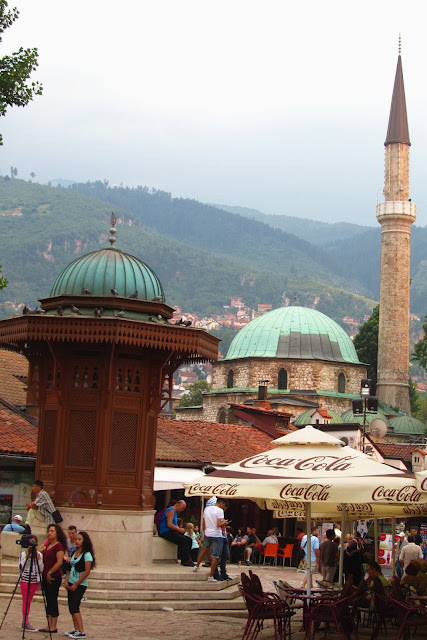 And here's the Austro-Hungarian area, which is just like any European city-centre: 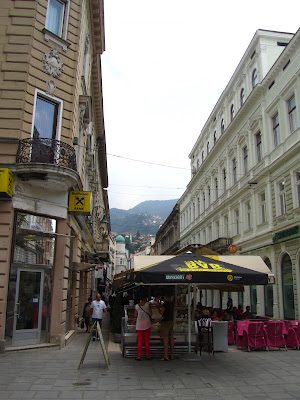 You can step from one to the other in two paces. Everything changes - the paving, the skyline, the smells, everything. Most peculiar. It's like teleportation from one continent to another!


We arrived on the first night of the Islamic festival of Ramadan. We went up the hill to see the mosque lights go on when they fired the mortar signalling sunset. Several local people handed us turkish delight and special Ramadan bread - it was really touching. 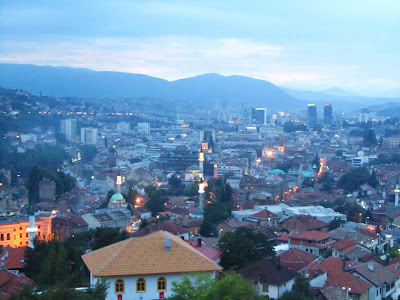 We went, of course, to the town of Mostar - famous for its medieval bridge that was destroyed by Croat forces but rebuilt in 2004 from the original designs.

It's still a divided city, and a bit of a tourist-trap, though very beautiful. 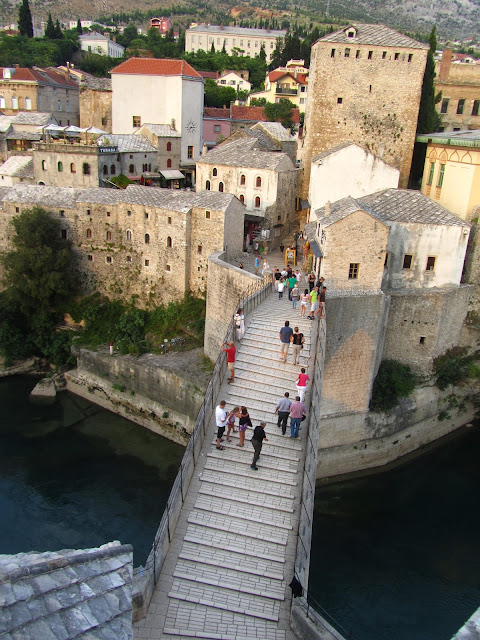 And finally I proudly include another dessicated piece of saint: Queen Helen of Anjou (13th Century), who founded the first girls' school in Serbia. 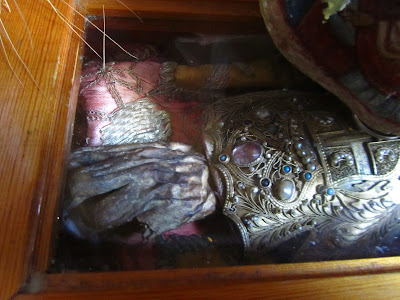 Bosnia's fascinating and beautiful. And HOT. I'd like to go back and see more one day. I didn't get long enough there, or in Montenegro!

Posted by Janine Ashbless at 15:37

I never really considered it a place I'd like to go - but it looks so beautiful!

It is, it's lovely. Mediterranean meets the Alps :-)


All makes me wish I didn't hate traveling quite so much.

Lovely travel photos. You visit the most interesting places.