The King's Viper - OUT TODAY! 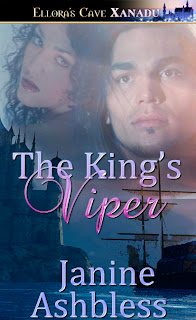 You know the set-up:

When Lady Eloise of the Isle of Venn becomes betrothed to the King of Ystria, she looks forward to a life of luxury and status at the royal court. She certainly doesn’t anticipate being shipwrecked on the way to her wedding, escorted by the King’s assassin, Severin de Meynard, the most hated man in the kingdom. Nor does she anticipate them having to make their way back home to Ystria on foot, through hundreds of miles of enemy territory. Above all, she doesn’t expect to fall in love with the cynical, ruthless Severin.
Eloise and Severin struggle to control their growing attraction to each other because if they do not—if she returns to the King no longer a virgin—then they will both be executed. Yet their passion threatens to be far stronger than their self-control. Severin and Eloise are torn between duty and their burning need for one another, and both will face bitter sacrifice before the end.
Well here's an excerpt. Eloise and Severin are about to make a break across the border back to their homeland, and on their last night they stay in an inn, pretending to be a married couple.

She hadn’t locked the door. Foolish, Severin thought to himself. What if he’d wandered away and another man had tried the latch? He slipped back into the room. Small oil-lamps had been lit and set at the head of the bed. Eloise was by the fire, wrapped in a sheet to dry. It covered all of her but her bare arms and shoulders and the graceful dip of her neck, as she knelt to let the fire’s warmth dry her long hair.

Oh God, he thought, dizzy with the pleasure of that sight.

“There’s hot water left if you want to wash. I didn’t use it all.”

“Oh? Are you saying I smell bad?” He felt so much happier in here with the woman he could not swive, than outside with one he could, that he was almost jocular.

“Like a whole pen of cattle,” she answered cheerfully.

“And where will you wait while I bathe?” 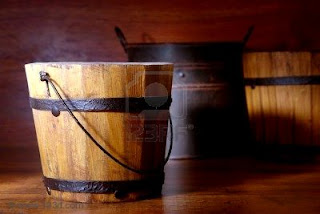 “I won’t look. I promise.” Her fingers stroked through her locks, picking out the tangles.

“Can I trust you though?” he asked with a smile.

She widened her eyes, pretending outrage. “Do you think I went to the trouble to wash, only to sleep next to something that stinks of cow?”

“Your delicate sensibilities are my first priority, wife.” The moment the word was out of his mouth he regretted it, but Eloise laughed.

“Then see you’re clean enough for me, husband.”

Severin bit his lip. Getting naked in the same room as Eloise was a bad idea, even if she had sworn not to look.  He knew he shouldn’t. Yet the boundaries of propriety between them were so eroded now—by nights together, by fierce embraces, by exhaustion and cold and danger—that it was hard to see where the line was to be drawn any more. “Fair enough then,” he answered.

He stripped to his waist and poured water into the basin to wash himself. The soap wasn’t of the quality they were used to in Court, but it worked well enough to strip off the gray scum of dirt from flesh and hair. He didn’t hurry. His shadow cast by the firelight danced on the wall. He managed an awkward scrubbing between his shoulder blades with the washcloth and wished there was someone to do his back for him.

He cast a wary glance round at Eloise.

She was still bent forward over the fire, running her fingers through her damp hair to clear the tats. The tresses were steaming a little. She was absolutely silent, her face averted from him. 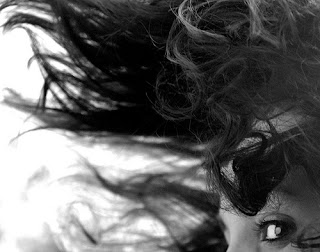 Of course she would keep her word.

Carefully, he stripped off his boots and trousers, wrinkled his nose at the smell of his socks and kicked them away. He placed the bucket on the floor and stepped into it to wash his lower body. The water wasn’t much more than lukewarm, but the sensation of cleanliness was luxurious. He scrubbed his legs and soaped his genitals, sliding slippery hands through his pubic hair. His cock was turgid with the thrill of illicit exposure, with the proximity of Eloise. Ignoring it as best he could, he bent to scour his feet one at a time. When he was thoroughly clean he stepped out of the bucket and reached for the linen towel.

He was busy buffing his wet hair dry when he felt the soft touch on the small of his back. 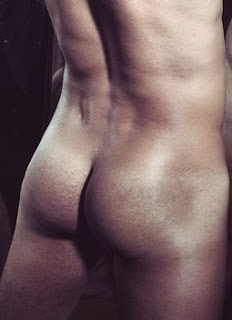 A hot flash of shock ran across every inch of his skin, like the strike of lightning, and his spine arched. The fingertips shifted with his movement, an infinitesimal caress, and he felt the blood surge to his groin in response. He turned, and as he turned he forced himself to take a step back. Eloise clasped her hands to her throat. He met her eyes, and read in them shame and fear—and need.

So, said the small cold part of his mind that stayed that way even when he was cutting a man’s throat, you were not imagining things. And how are you going to get out of this one, Severin?

“My lady,” he croaked. He hadn’t called her that since the shipwreck.

She had her lower lip trapped in her teeth. She took a wobbly step toward him. He opened his mouth to tell her No, and at that moment she dropped the arm holding the sheet about her, and let the fabric slip to the floor. And then she was naked, and he had no words anymore.

The body he’d come to know by night and through clothing and by partial glimpses was every bit as sweet and slender as he’d sculpted it in his mind, but so very much paler, and scattered with flat brown moles like dark stars on a cream sky. Each mark invited the touch of a fingertip, the reverence of a kiss. Her pubic fluff was the color of sand, a shade lighter than her hair. She looked frighteningly vulnerable. His cock surged, filling with the blood that was draining from his head so fast he could hear the roar in his ears.

All that had been so complicated was, suddenly, very very simple.

Her eyes flicked to that heave of his flesh, widening. Scared but determined, he thought. That was how she’d always been, since the beginning. His heart was slamming against his breastbone. He hadn’t been this excited by a woman in years. And still he couldn’t speak, and could not move. 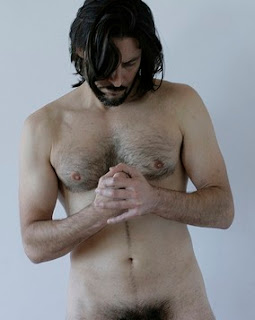 She closed on him and laid the fingertips of one hand over his hip. She didn’t seem to know where to look; not at his face, not at his rising shaft. She focused somewhere about his chest, even as her fingers trailed blindly to the hot column of his flesh, their coolness soothing, their hesitant touch inflaming.

No! He shaped the word in his head even as he reached out and pulled her against him.

”This is high treason,” he said raggedly. Then he kissed her.

Download from Ellora's Cave
Posted by Janine Ashbless at 18:17

Popping up from the dark bowels of deadline and editing hell to share a hasty but heartfelt 'squeee!". I've been waiting for this, Janine, and have promised to treat myself after I've extracted another 2,000 words from my bruised and battered brain. Congratulations!

I've got to point out that "each more lovely than the last" is vorboten on the grounds of being logically impossible.

Thanks, Kat and Justine! And good luck getting through Deadline Hell :-)

logically impossible
Oh, honestly Chris - like I didn't know that!