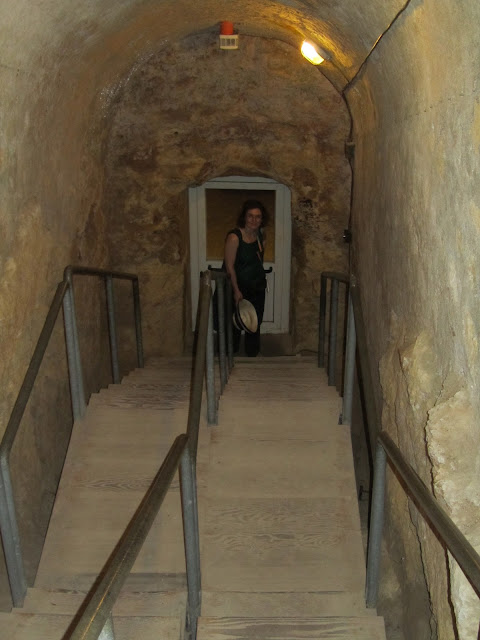 One of the things we did on my recent flit around Europe, was pay our respect to the Etruscans. The first major civilization on the Italian penninsula, they were rivals of - and eventually eclipsed, conquered and assimilated by - Rome. They left a lot of tombs behind, though. The ones at Tarquinia are particularly famous for their, um, lively depictions of ancient practices. Heh. They were decadent, wealthy, fabulously artistic (especially when it came to gold-working) and lived for pleasure, it is said. They dominated the area that is now Tuscany - which is where it got its name.

The thing that really drove the Romans and Greeks nuts was the behaviour of Etruscan women, who partipated freely and enthusiastically in public life alongside their menfolk, and seem from the archaeological evidence to have enjoyed high status and regard. An apoplectic Greek historian reported that "these take great care of their bodies and exercise naked, often along with men ... They sit down to table not beside their own husbands but beside any of the guests, and they even drink to the health of anyone they please! Moreover they are great winebibbers and very beautiful to behold. The Tyrrhenians bring up together all those children that are born to them, heedless of who their father may be ... There is no shame for a Tyrrhenian to be seen committing a sexual act in public." They also practiced enthusiastic bisexuality and manscaping of body-hair :-)

Etruscan funerary sculpture extols the joys of married life (these two not my pics): 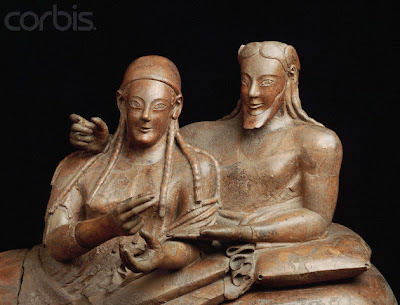 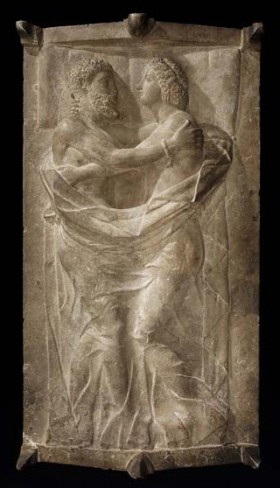 This is what the mighty hilltop city of Tarquinia (founded 10th Century BCE, pop 100,000) looks like nowadays: 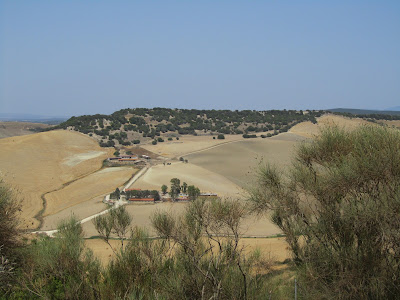 You can find it northwest of Rome, near the coast. The necropolis is on a hill outside the city. The tombs consist of sloping passages cut into the rock, at the bottom of which are carved-out chambers. The richest ones are painted with scenes of daily life - people rocking out... 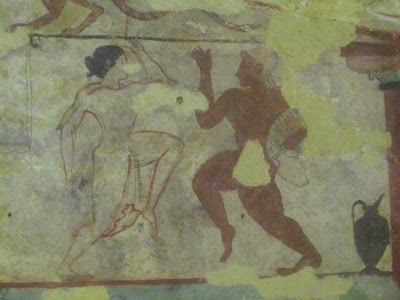 ... blond hunks lolling on their couches - 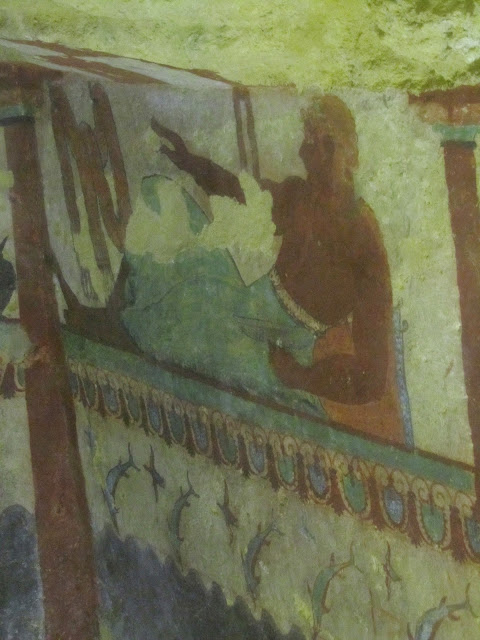 and mythological scenarios, mostly to do with the journey into the underworld. THIS is one demigoddess I have to write a story about sometime. Just wait! 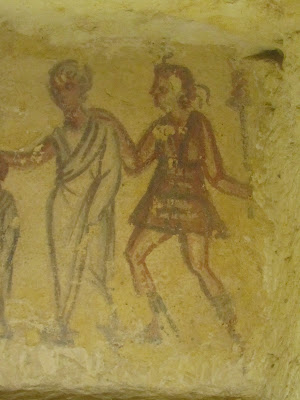 You can probably make out that the paintings are pretty degraded - the most fragile have been removed to the (excellent) local museum. Those that remain are protected behind perspex doors from the 100 % humidity lurking at the bottom of the graveshafts (the walls are running with condensation), so please forgive the less than brilliant photography.

We found more Etruscan remains further north, later. This is a Via Cave -  a road that has been cut into the soft tuff rock. A network of these connected the towns and necropli (I love that word!) of the Tuscany plateau. 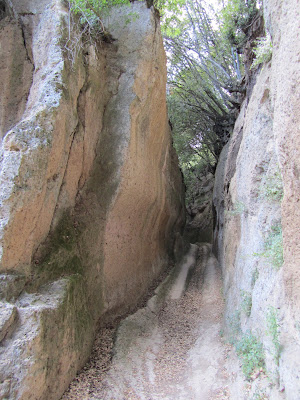 After Tarquinia, we went to Cerveteri, which is practically on the outskirts of Rome nowadays. No doubt this accounts for the fact that it is practically unvisited and unheard of - in any other country it'd be FAMOUS. It's a huge necropolis - 50,000 people were buried there in what is literally a City of the Dead. There are streets of terraced "housing" for the departed: 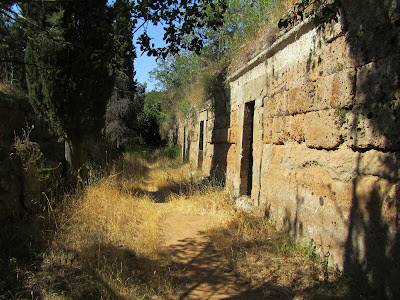 and huge mound tombs carved from the living rock: 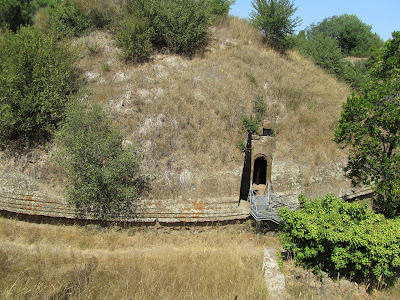 Inside, the tombs usually have the same layout as domestic dwellings. 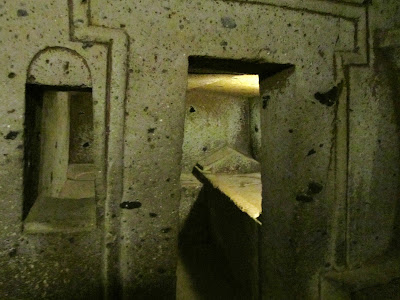 Some slabs even come complete with carved bed-linen! 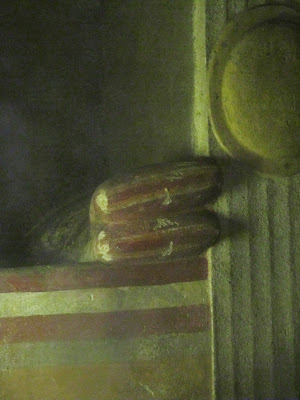 It reminded me a lot of Highgate Cemetery in London, except hot. We spent hours exploring tombs and dark tunnels. And I couldn't stop imagining what a fabulous setting it'd make for an all-night undead-hunting LARP adventure . . .  *geeky blush*.

Tarquinia and Cerveteri are both UNESCO World Heritage Sites.

Posted by Janine Ashbless at 14:22

Email ThisBlogThis!Share to TwitterShare to FacebookShare to Pinterest
Labels: Janine in the flesh, not working, travel

Wow! Great post. I love Italy, and your explorations are fascinating, Janine!

I'm falling in love with Italy, I must confess, KD! I never expected to - I was quite cynical about it. But it's happening :-)

You were cynical about Italy!? Wow! I'd love to live there. Well, for some of the time, at least.

Fascinating blog and great pics. Really whetted my appetite to check out Etruscan culture if I get the chance. I love Italy too...especially the ice cream!