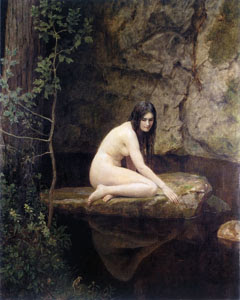 Not A Dry Seat in The House 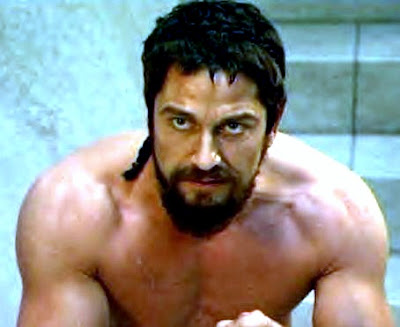 Gerard Butler! With no clothes on!

There are twenty things wrong with this film. It's borderline racist. It's quasi-fascist (but not in a Nazi way). It equates physical beauty with moral perfection. David Wenham does a really weird Long John Silver accent. It's not violent enough (Seriously!). The Leonidas/Gorgo sex scene should have been ooh, about ten minutes longer. Worst of all, unlike "Gates of Fire" the novel, which is deeply moving in its depiction of men facing certain death with the utmost courage - and it's only moving and only courage because they like all people do fear death - in 300 the Spartans are having such a good time getting themselves killed that it doesn't seem tragic or even much like sacrifice.

Posted by Janine Ashbless at 18:26 No comments:

Black Lace is branching out heavily into paranormal erotica this year, attempting to emulate the success of authors such as Laurell K. Hamilton and Sherrilyn Kenyon (but with better writing standards…), so expect lots of novels involving vampires, shape-shifters and general spookiness. If they’re all up to the standard of Burning Bright then it’s a gamble which should pay off. There’s an art to making you believe in characters who are part-human, part-animal and Ashbless clearly possesses it. Personally I don’t particularly like lots of death and dollops of gore with my erotica, but the fight scenes are carried off well, and the Eastern tinges of mysticism which are woven into the plot and the characters’ belief systems hold everything together nicely. And the sex never takes second place to the plot twists, which is always the danger with this type of erotica genre.

Careful, this one burns…"

I laughed till I fell off my chair…

For the brave, I’ve put a couple of pages of new notes on Burning Bright at www.janineashbless.com. Read the book first.
Posted by Janine Ashbless at 18:22 1 comment: