For the Shame of It 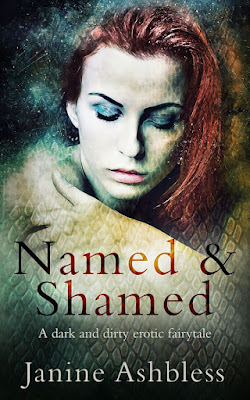 "Relentlessly filthy" is how LN describes it! Also "It’s a tricky, tricky thing to pull off—and many fans of more cozy erotica will probably not approve. Let them. I fully understand that this novel might not be everyone’s proverbial cuppa."

Here's the link to THE POST IN FULL  ('ware spoilers)

"Named & Shamed is not about a viral invasion of Britain and Europe, with its accompanying medieval cultural trimmings. It portrays an invasion by those horrific legends and myths themselves. In this world created by Ashbless, all the once-supposed causes of human suffering—the witches, fairies, and ogres of the Middle Ages—have come back, from the netherworld, from whatever dimension they’ve been in, and they are causing societal havoc. People are self-isolating, afraid to leave their houses—and let me tell you, they are no kinder than a mindless virus. They just have a far more wicked sense of humor. Named & Shamed is not only one of the most outright filthiest erotic novels I’ve ever read (possibly the filthiest—that’s a compliment, btw), it is primarily about how those old stories linger, even into our modern age—there’s something in our collective psyches that has never quite let go."