Yesterday I went to the city of Birmingham (UK) - not a place normally at the top of my wish-list, I admit. But I wanted to see Epstein's The Archangel Lucifer, which is prominently displayed in the City Museum and Art Gallery. 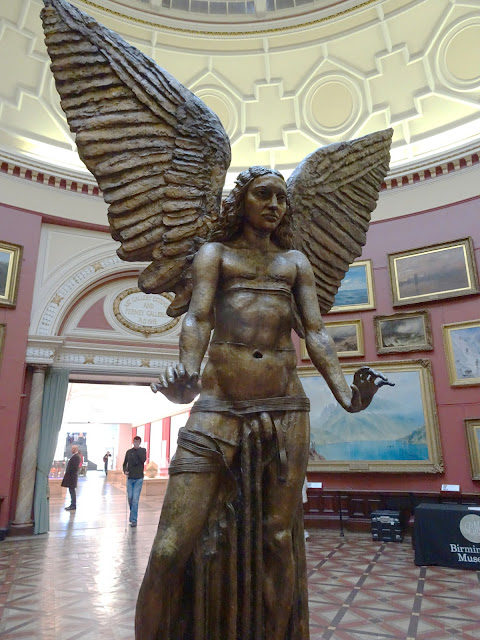 It is a truly spectacular bronze, with an interesting back-story. Jacob Epstein, one of the most important sculptors of the 20th Century, cast it in 1945, inspired by the proud Lucifer described in Milton's Paradise Lost. He reputedly used a male model for the body and a female one for the face, giving at an androgynous aura. It has a fine, fine ass! 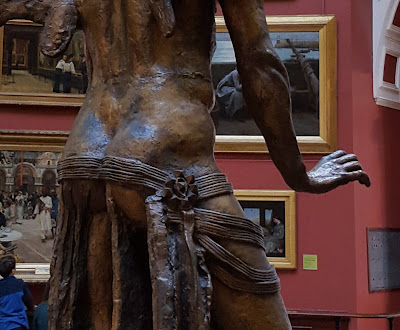 But it was instantly controversial, not least because it is rather obviously well-endowed. Epstein considered the sculpture his finest work at the time, but couldn't sell it at exhibition. He tried to give it away to the V&A Museum and then the Tate Gallery in London, but neither wanted it. The Mayor of Birmingham stepped in to ask for it if it was going begging and it was duly gifted to what was frankly a provincial industrial city with little cultural status. 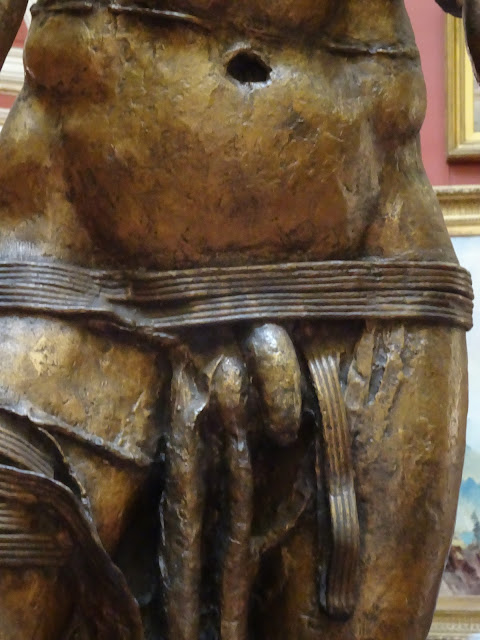 The BMAG remains slightly embarrassed about this artistic windfall. You'd have to hunt hard for any depiction of the statue on their website, despite the fact that it dominates the Round Room at the top of the main stairs. There is no souvenir of it on sale in the shop - not even a postcard.

Luckily they do let you take photos :-) 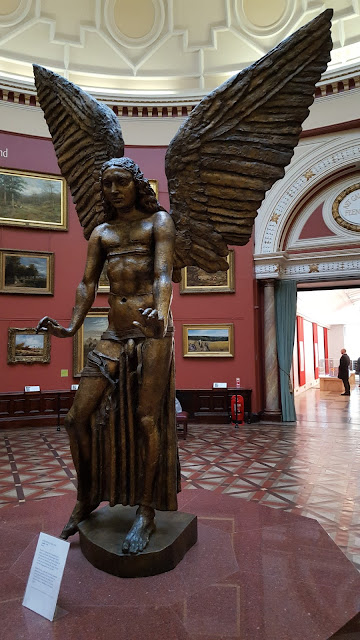 Posted by Janine Ashbless at 21:29