Last week I went looking, with authors Charlotte Courtney-Bond and David Tallerman, for demons in the John Rylands Library, Manchester:

It was built in 1900 by Cuban-born Enriqueta Rylands in memory of her late husband. She then gifted it to the people of the city.

It is currently hosting a small exhibition on Magic, Witches and Devils in the Early Modern World - basically a collection of grimoires and early prints. Unfortunately you're not allowed to take pictures of the exhibits themselves (Tthere are only about seven cabinets, but they're fascinating stuff. I was amused to see that Dr John Dee had doodled a lady with bare boobs in the margins of his spellbook, for example).

But if I couldn't take pictures of ancient tomes groaning with diabolic power, or even the Shakespearean first folio, at least I could photograph the building itself for all you library fans. 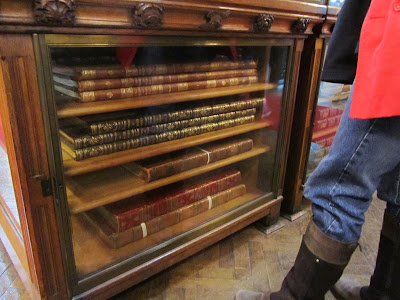 Because it is the most amazingly Hogwartian place! 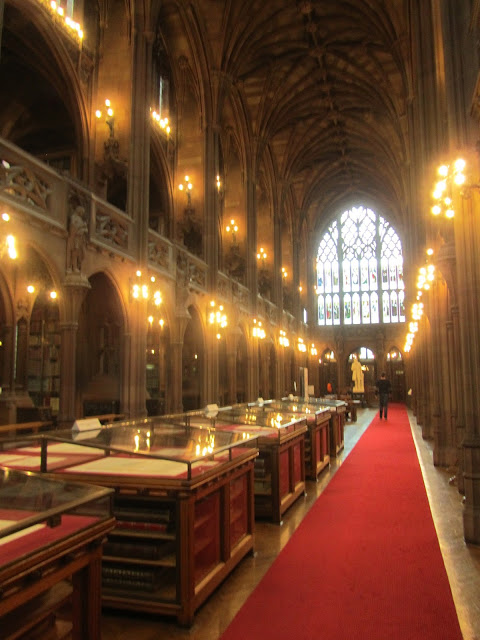 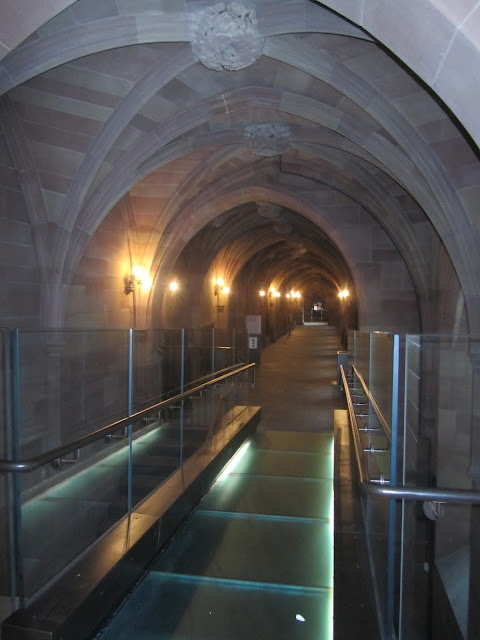 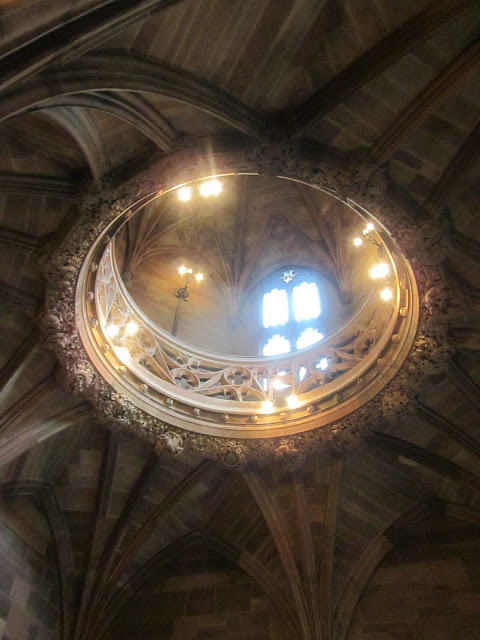 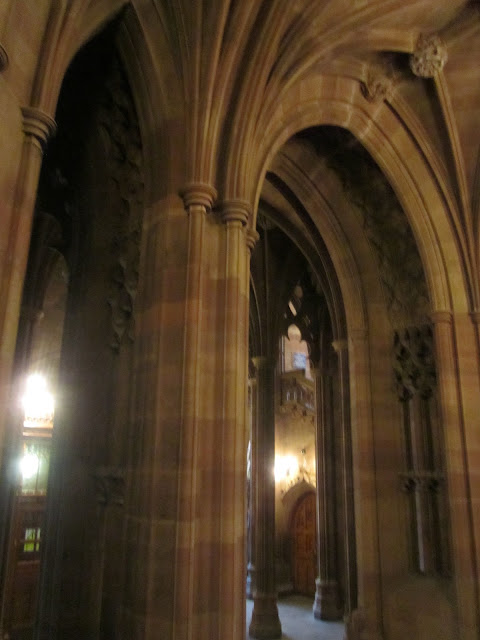 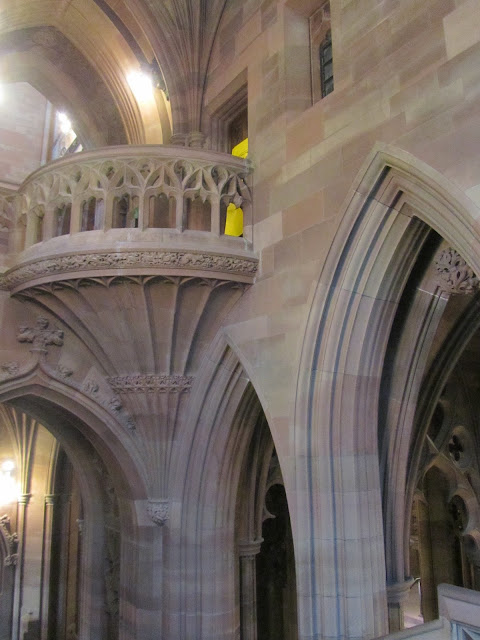 It bristles with arches, groins, unnecessary pillars, and grotesque carvings of monkeys, green men and dragons - more that anyone could ever count. 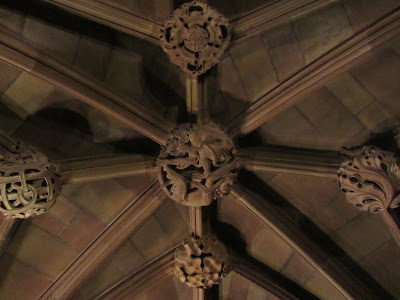 And we did find one demon: 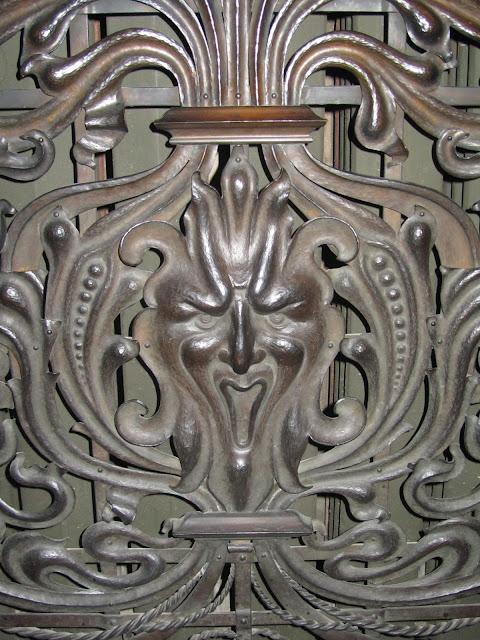 It's a good job we had fortified ourselves with Holy Water...

Email ThisBlogThis!Share to TwitterShare to FacebookShare to Pinterest
Labels: honestly it's for research, not working, travel