My Next Big Thing!


Time for a Revelation!


Ahem. I'm so sorry. Can't resist the pun. And I am a bit over-excited :-)
Last week, reviewer Angie Dobson of Love, Romances and More poked me into taking part in a bloghop on the theme of "The Next Big Thing." She gave me some questions to answer, and I thought it an excellent opportunity to tell you about the contract I've just signed. I'm writing a novel all about angels, Nephilim, and war in Heaven!

(And steamy passion too, of course.)

What is the working title of your book?

The Book of the Watchers 1: Cover Him With Darkness


Where did the idea come from for the book?

I wrote a short story, Cover Him With Darkness (excerpt here), which was published in Red Velvet and Absinthe (edited by Mitzi Szereto) last year. This July Brenda Knight of Cleis Press got in touch with me, saying, “I wondered if you would be at all interested in the possibility of expanding a story … I have read it again and again…” 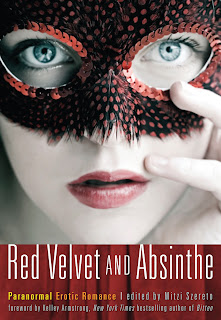 Cover Him With Darkness is a story full of unanswered questions: a young woman falls in love with a prisoner her family have guarded for thousands of years, hidden in a cave in the mountains of Eastern Europe. Is he a Greek titan? A Scandinavian god? A Biblical fallen angel? Is he good or evil? Why must he be kept enchained in darkness? What will happen to the world if he’s loosed?

Brenda asked me if I could carry on from the short and make it into a novel. I said, “Well, it depends who the prisoner is. If he’s one thing, his continuing story will make a novel. If he’s another – well, the repercussions of him being freed are so massive and so dreadful, that it’d be better as a trilogy.”

I wrote proposals for both. Brenda leapt at the idea of the trilogy. Which means that my hero – well, anti-hero, because I promise you he’s not going to be all sunshine and puppies after being tormented for thousands of years – is one of the fallen angels from Genesis.


“When man began to multiply on the face of the land and daughters were born to them, the sons of God saw that the daughters of man were attractive. And they took as their wives any they chose.  The Nephilim were on the earth in those days, and also afterward, when the sons of God came in to the daughters of man and they bore children to them. These were the mighty men who were of old, the men of renown.”  (Genesis 6:1-2,4)


What genre does your book fall under?

Dark romance … with lashings of religious conspiracy and a whole lot of heresy. Let's be clear: this is not one of my hardcore erotica books. It's going to be more akin (in heat level) to Heart of Flame, but darker in tone.

What is the one-sentence synopsis of your book?


Will your book be self-published or represented by an agency?

It’s going to be published by Cleis Press. I’m delivering the manuscript by August 2013.

How long did it take you to write the first draft of your manuscript?

You do the math … this is actually the first time I’ve been contracted (and paid) for a book I haven’t written yet! Yeah ... I'm scared. But incredibly excited too!

Which actors would you choose to play your characters in a movie rendition?

One of my heroes could be played by Tom Wlaschiha  (seen recently in Game of Thrones)
He’s the mortal guy fighting for my heroine’s soul. 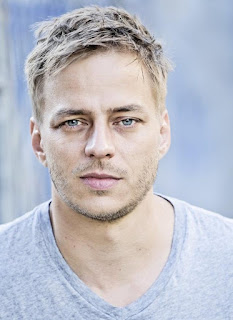 Milja, my East European heroine, might be played by Olga Kurylenko (seen in Quantum of Solace) 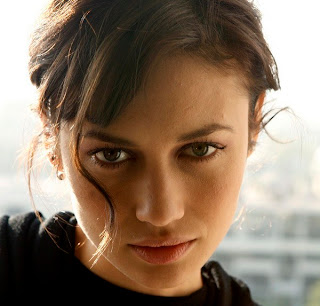 As for my angelic/demonic anti-hero, it’d have to be someone capable of looking really wicked. Aidan Turner? Richard Armitage? (both in The Hobbit) Ian Somerhalder? (Vampire Diaries) 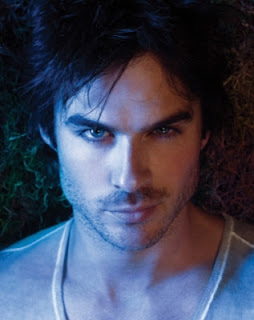 But I’m not sure yet. My sexy heroes are usually dark-haired. I’m seriously thinking of making this one a burning bloody redhead.


Who or What inspired you to write this story?

The original story was written for a standard anthology call. But it was just one of those tales that  seemed to write itself – it only took a couple of days, I was so inspired. I started with the mental image of a dangerous male prisoner being tended to by a very innocent young woman, and then just pursued the mythological possibilities from there.

“Bind Azazel hand and foot and cast him into the darkness. And lay upon him rough and jagged rocks, and cover him with darkness, that he may remain there forever.” (The Book of Enoch)


What else about your book might pique the reader’s interest?

Fallen angels. Fallen Angels! How much meaner and sexier can you get? Also, by volume three . . .  I think we’ll actually be looking at the end of the world.
:-)

It's a bloghop, so now it's my turn to poke some of my favourite authors! I've sent them the same questions and they will be answering them next week.

Posted by Janine Ashbless at 09:47

The epic scope of this project is making me feel a bit dizzy. I'm lost in admiration!

I'm dizzy too. But at least I have a starting point!

Huge congratulations! Your writing is so rich and your story-telling so intense and elaborate that a trilogy is perfect for you.

Not being up on popular culture, who IS the smokin' guy whose picture you have up showing your ideal actor for the role of anti-hero in the 'wouldn't it be lovely' film version of your book? Coming Soon, of course, we hope...Coming?...get it?...oh, nevermind!
Come on HBO...wake up and smell the sulfur!

That was one of my absolute favourite stories in Red Velvet, must have read it a dozen times. Can't wait to read more!

Mina, thank you - that was a lovely ting to say!

That's Ian Somerhalder, Elfsinger. He was one of the twins in Lost, too, I think. He's one of those actors who only ever get bad-guy parts because he's too good-looking to play a hero.