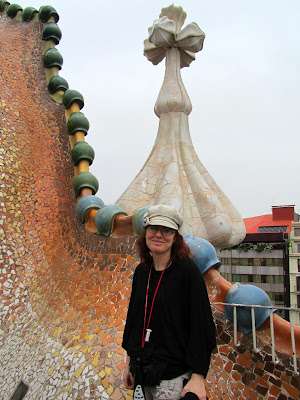 Squeeee - I spent the weekend in Barcelona! A city that was on my bucket list before the term "bucket list" was invented . . .

Barcelona is famous for 1) pickpockets and 2) Antoni Gaudi (1852-1926). He was a "modernista" architect and artist - which means Art Nouveau in our terms - and one of my heroes just because he had his own individualistic and completely crazy vision, and didn't give the faintest crap about fashion or popularity. So now his work is all over Barcelona, counts as World Heritage Sites, and has become a huge tourist draw. 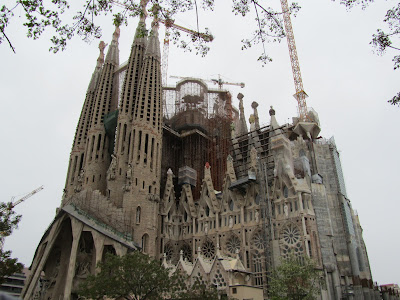 Where better to go and worship Gaudi than the Sagrada Famila, the enormous church he was working on until his death? It's still unfinished, but getting there . . . 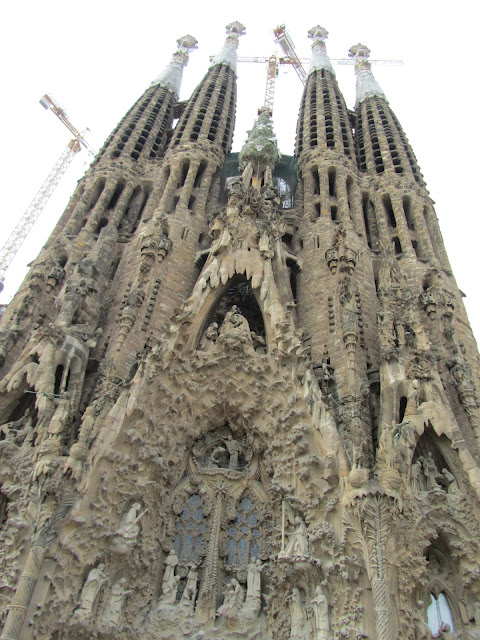 This is the Nativity Facade, which Gaudi did, and gives a good idea of his bizarre style - flowing stone, excessive ornamentation, and a passion for reptiles. 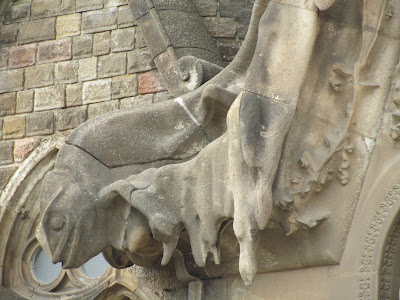 His buildings look like they were grown rather than constructed. 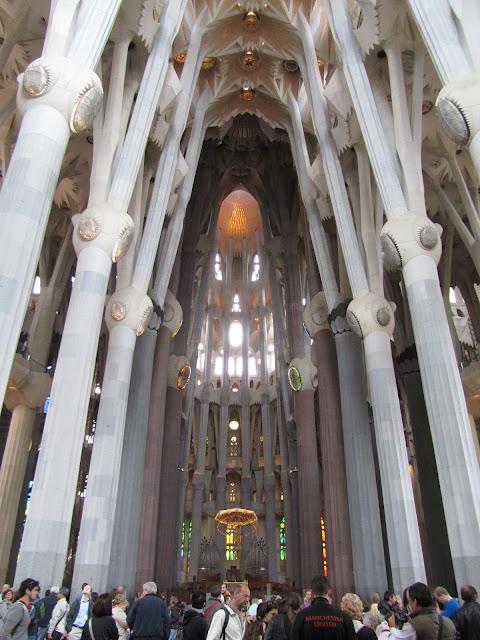 The interior, which was built post-Gaudi, is a more austere version of his style - but still perhaps the most beautiful building I've ever seen. 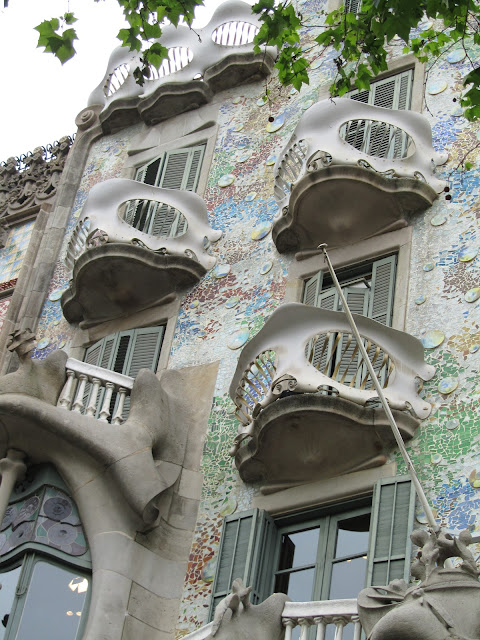 Then we went to the Casa Batlló, a townhouse Guadi decorated ... a place with a truly warped interior . . . 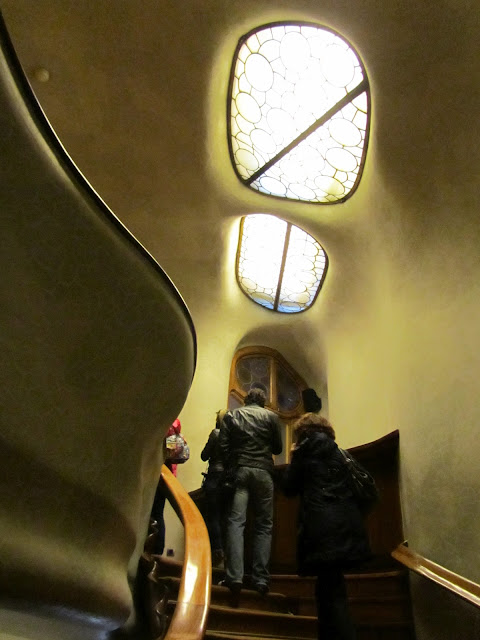 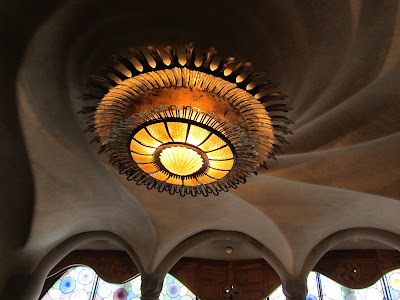 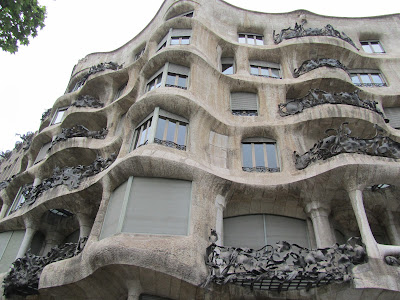 And we also visited Casa Milà, a Gaudi-built appartment block:


This is the roof: 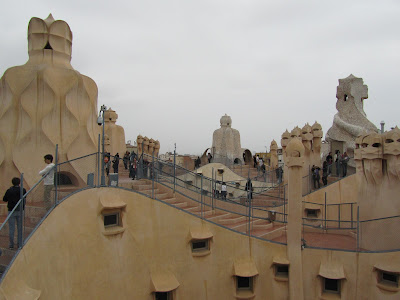 You know what Gaudi design reminds me of most? DR SEUSS!!! 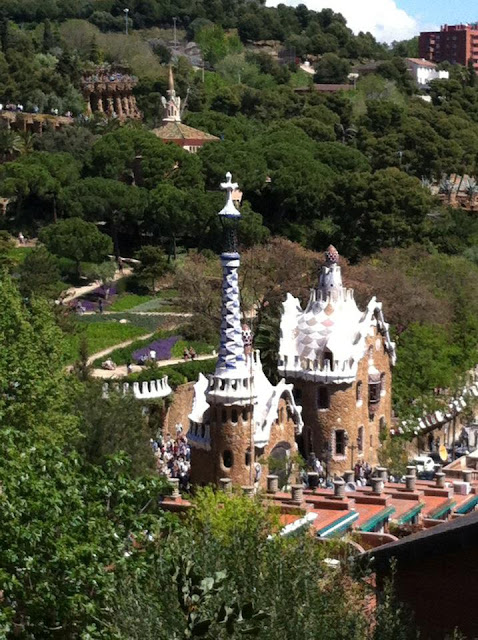 The sun came out when we went to the Park Güell, and it was lovely - but way crowded. 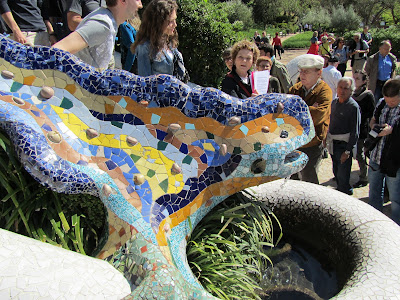 The other Gaudi "thing" is using broken ceramics as decoration. 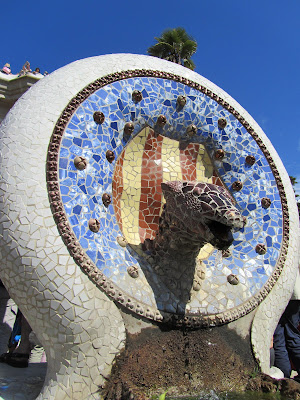 "But wait!" I hear you complain. "This is a Janine holiday! Where are the corpses and the boobies?" Well, sadly, despite the rampant Catholicism there were no corpses on display. 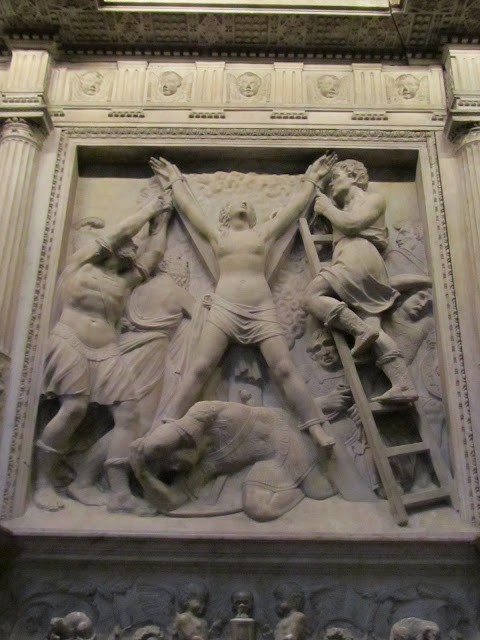 But I would like to present, for your spiritual edification, Saint Eulalia, patron saint of Barcelona, who was martyred topless, apparently. . .
Posted by Janine Ashbless at 13:24

Email ThisBlogThis!Share to TwitterShare to FacebookShare to Pinterest
Labels: art, Janine in the flesh, not working, travel

great photos! I'd love to go.

I'd go back. There's a cablecar ride across the bay that we didn't have time for...

I think I'd say "Dr Seuss meets H.R. Giger". I look at those and I keep thinking "maybe they don't show up on infra-red at all".

Great stuff, and I love the last photo.

I knew you'd come through for us...

Heh. Yes, there's something "not made by human hands" about it that Lovecraft would have loved, I suspect, Chris.

Craig, I will travel the world to bring you Boob Art ;-)